Sedaka will have the pleasure of hearing his  first piano concerto performed  for the first time in New York by Biegel, a modern day musical legend. 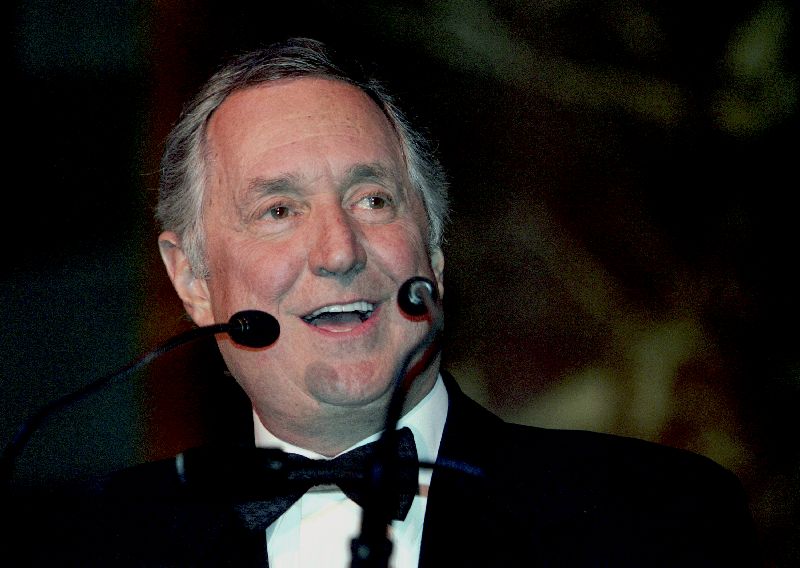 Two of the greatest musical prodigies of the twentieth century will be under the same roof on October 27th, when Neil Sedaka will be the guest of honor as renowned classical pianist Jeffrey Biegel   performs his interpretation of the modern classic he composed entitled “Manhattan Intermezzo”.

“Manhattan Intermezzo” will be performed in New York for the first time, with Biegel being accompanied by the South Shore Symphony Orchestra performing at the 550-seat Madison Theatre within the Molloy College on Long Island, New York.

Taking pride of place in the audience will be Neil Sedaka, himself a trained classical pianist, who composed “Manhattan Intermezzo” over a number of years, describing it as a recollection of his life growing up in New York City, against the backdrop of the musical sounds of the “Big Apple” from Latin, Asian, Russian and even the sounds of Broadway.

Neil Sedaka  is an American pop legend, well known as  singer songwriter, particularly during the sixties and seventies, during which time he sold millions of records as a recording artist, as well as having written some of the twentieth century’s classic pop songs not just  for himself but also for a plethora of  other artists of the era.

Whilst he was churning out these monster hits, Neil never relinquished his classical roots, and a few decades later he sat down to compose first a symphonic piece “Joie De Vivre”, as well “Manhattan Intermezzo”. In October 2010, Neil himself performed both of these pieces accompanied by the Philharmonic Orchestra of London in a series of debut concerts in the city, gaining a tremendous reception.

Now Neil can sit back and enjoy Jeffrey Biegel fulfill his promise to perform “Manhattan Intermezzo” for him. A promise that was made when Neil Sedaka was first introduced to Jeffrey Biegel four or five years ago at a concert. During the conversation, the pair discovered that they had a lot in common, having both attended the famous Julliard School of dance, drama and music in New York, as well as them both being mentored by the  legendary teacher, Adele Marcus, although with a gap of twenty five years between the two. Neil recalls mentioning that he was in the throes of completing “Manhattan Intermezzo”, and hoped that one day  Jeffrey Biegel would one day perform the piece for him. Now that hope will become a reality.

It will not be the first time that classical pianist  Biegel will be performing an adaptation of a pop icon’s work, having been involved in the arrangement of Billy Joel’s “Symphonic Fantasies” as well as some of the works of  Keith Emerson of Emerson, Lake and Palmer.

Neil Sedaka was born Brooklyn, New York and raised in the  Brighton Beach suburb, Sedaka came from a musical family, with one of his  cousins being a famous pop singer of the fifties, the late Eydie Gormé.

Neil demonstrated his exceptional musical talent from an early age, when aged just eight, in 1947, the young Sedaka was invited to audition and was successful in gaining a piano scholarship to the Juilliard School of Music, participating in their Preparatory Division for Children.

While his family envisioned that Neil would go on to become a classical pianist, Sedaka, while even in his early teens, was already moving in another direction- towards pop music.

When Sedaka was 13, he met up with a 16-year-old from the neighborhood by the name of Howard Greenfield, and the pair was to go on to become a highly successful song writing team, working out of the renowned Brill Building in Manhattan, where they were among a team of brilliant young singers and composers who developed their talents.

Despite leaning constantly in the direction of pop music, Sedaka continued his extra- curricular studies at the Juilliard School of Music. When aged just 16, Neil’s talents came to the attention of Arthur Rubinstein, one of the greatest pianists of the twentieth century, who handed Neil the accolade of being one of the best pianists for his age in the New York High School system.

After graduating from High School, Sedaka put his classical music studies on hold to begin his career in pop music, singing and playing piano in a local group called the Tokens. Ironically, after Sedaka left the group to go solo, the Tokens had a number One hit on the Billboard pop charts with “The Lion Sleeps Tonight”.

Meanwhile, the young Sedaka’s solo career was showing a lot of promise, with his first three singles becoming minor hits, enough to persuade RCA Victor to sign him up to a recording contract.

His first single for RCA, “The Diary” was a minor hit, reaching 14th spot on the Billboard Hot 100 in 1958. After that relative taste of success, Sedaka’s next few recordings failed to make the charts, and there were rumors around  that RCA were considering cancelling his contract, eventually agreeing to give him a final chance to prove that he had what it takes to hit the top.

That was to prove to be a very wise decision, with Neil Sedaka’s next release reaching number nine in the USA Billboard chart as well as becoming an international hit. The song was “Oh! Carol”, with Sedaka making no secret that the Carol in question was none other than the legendary Carol King, his ex-girlfriend from the Brill Building days.

With his first hit under his belt, Sedaka kept churning out new ones, particularly during his golden years from 1960 to 1962, before the Beatles arrived on the scene. His flow of Top 30 hits during this period included  Stairway to Heaven,  Little Devil, Happy Birthday Sweet Sixteen and Breaking Up Is Hard To Do to name but a few. Neil featured regularly on television, performing his hits on American Bandstand as well as other pop shows of the period,

Jeffrey Biegel is currently teaching at  the piano faculty at the Brooklyn Conservatory of Music at Brooklyn College, as well as  the Graduate Center of the City University of New York.