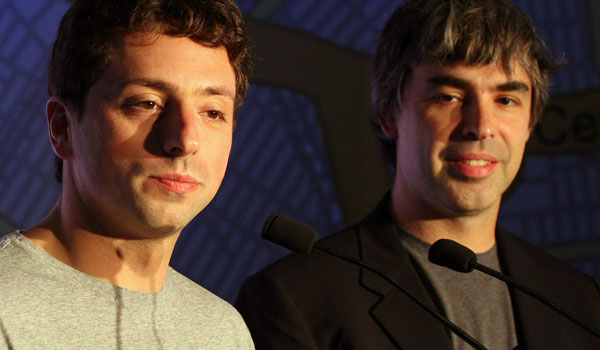 Google’s third quarter was one of the most successful in their history as their share value shot through the roof, amid industry realization that once again Page and have masterminded the company’s planned diversification from being solely dependent on advertising through placements in their search engine, to becoming a key player in the supply of software and hardware in the increasingly popular mobile platform of Smartphones and tablets.

So smooth was the transition and so rapid the income from it that Google could report increase income and profits way of 2013. Industry observers pointed specifically to a new and client specific advertising option that allows clients to bid for spaces on a particular page, and to be almost instantly capable of measuring the effectiveness of their online advertising campaigns, either on a personal computer or a mobile device platform.

In comparison to their industry rivals, and in particular Microsoft, Google has made a tremendous successful transition to a mobile influenced market, and the industry likes it. That’s why they beat a path to their door to send shares in Google shooting up by 13% in a single day on Friday the eighteenth to close above the one thousand dollar mark for the first time in the company’s history.

According to industry observer interest in Google’s new advertising system, known as “enhanced campaigns”, has generated tremendous interest from advertisers with the Google succeeding in providing definite proof to advertisers that mobile advertising is taking a particularly improved return on investment, with conversion rates been proven to be considerably higher than on desktop computers, prompting a large swing from advertisers to bid for the top mobile slots in their industry sector.

On the downside, Google reported recently that they had suffered a downtown in income from their renowned cost per click advertising system, relating to the average income received from an advertiser each and every time potential client clicks on an advert on one of their pages. Income from that sector dropped by 8% from the same period last year, more than had been expected.

Google executives were not slow to offer explanations on the unexpectedly high drop in income from what was once a very important sector in Google, and when compared to attach all of the blame on mobile advertising which is considerably less expensive. In the long-term industry analysts predict that Google can make up any losses through mobile advertising.

As the figures show Google’s overall growth continues to reflect the ever increasing role that income from advertising on Smartphones and tablets is playing in its income and profitability. Paid clicks on mobile devices increased by 26 per cent for the quarter, the largest increase for a year, with Larry Page, Google’s current CEO pointing out that today 40 per cent of the traffic on their music clip division YouTube now comes through mobile devices, up from less than 10 per cent just two years ago.

Also giving cause for optimism, according to Page, is the ever-increasing use of Google’s Android mobile operating system, with a staggering nine hundred million devices throughout the world now being operated through it.

According to industry figures Google can boast of a more than 50 per cent market share globally in the mobile world, and no one appears to be capable of knocking them off that platform, at least for the time being.

The only major cloud in the sky on an otherwise very sunny day for the Google boys, was the disclosure that income from their not so recently acquired Motorola handset division had dropped by a third from the year before, to $1.14 billion, translating into the close to $250 million drop in profit for the division. However, with Motorola having recently launched the Moto X, the first mobile device completely designed and produced under Google’s control, there is some optimism for the future, with hopes that the arrival of the Moto X will mark a major turning point for Motorola, although there are number of industry experts who are not so optimistic.

Apart from the dark clouds that remains the Motorola handset division, net income for the company rose by 23 per cent in the third quarter of 2013 making for the most rapid increase in growth since the first quarter of 2012.

Another factor that played a major part in the very strong quarter, according to industry observers, was the implementation of more stringent quality controls on customer standards who advertise through Google but on their own websites.

Thanks to the new controls introduced, the levels of this form of advertising remain almost completely static since the previous year, meaning that companies who wanted to tap into the hundreds of millions of people who log on to Google every day were obliged to place more of their advertising on Google’s own sites, with a consequently higher margin for the company. This subtle change in direction, most industry onlookers concurred, was the largest single factor that drove Google’s performance level so high for the quarter.

Despite the disappointing results of its Motorola handset division and increased traffic acquisition costs, Google reported total income for the quarter of $14.89 billion, an increase of 12 per cent from the corresponding period in 2012.

Net profits rose by 36.5 per cent to $2.97bn while pro-forma earnings per share, the basis on which the stock market values the company’s performance, close at $10.74, $0.40 more than industry expectations.

The question is whether Brin and Page have already become blasé regarding the size of their fortunes, while that extra three billion dollars give or take a hundred million or two would have had any form of feel-good factor for the Google founders. 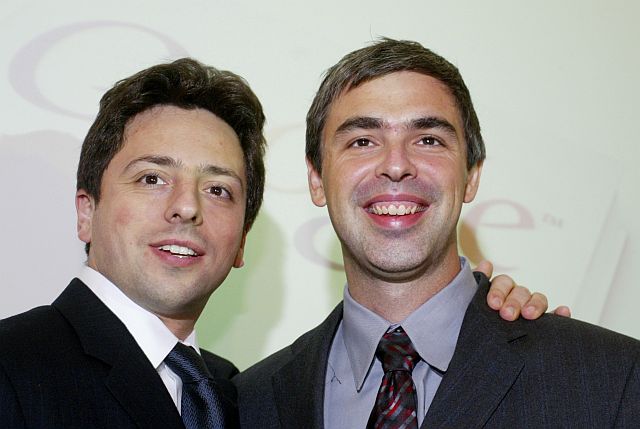