Broad, one of the leading US philanthropists and art lovers has made his donation to the school’s art department, which has consistently struggled to gain support. 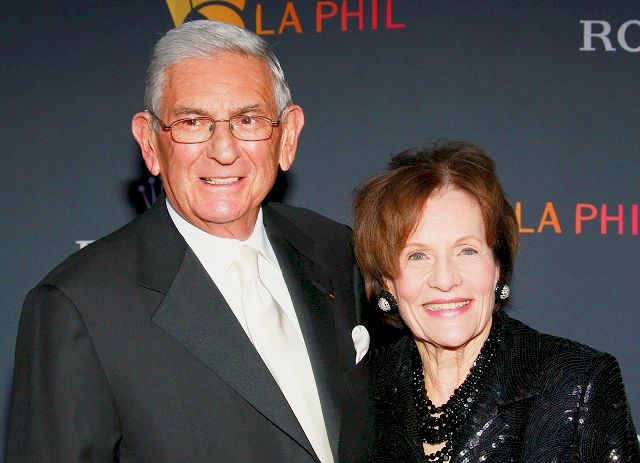 Since it first opened its doors in in 2009, the Cortines High School in downtown Los Angeles  has consistently struggled to gain the financial support that it needs.

Established at a cost of $232-million, the  Cortines High School of Visual & Performing Arts on first review has a lot going for it, situated in downtown Los Angeles in a beautifully designed high-tech campus.

Yet for a such high-profile campus, the  Cortines High School has consistently struggled to win civic support, largely due to concerns regarding the school’s management team.

So problematic was the situation at the school that even Broad himself eventually had no option but to withhold his financial support as concerns regarding the reportedly haphazard management standards being upheld by the Los Angeles Unified School District increased in volume.

However  Broad has reversed his opinion of the school, largely due to the recent hiring of a new principal, Kim Bruno , an appointment that he now is convinced  warrants renewed civic involvement.

Kim Bruno  came to the job with significant previous experience having been head of  the well-known and respected Fiorello H. LaGuardia High School of Music,  and Performing Arts in New York City for the previous 11 years.

Ms. Bruno admitted  that she had been approached to take on a job in the past, and had been on the verge of accepting on two separate occasions, with the third attempt, coming from L.A. Schools superintendent John Deasy, proving to be successful.  Ms. Bruno’s appointment will make her the fourth principal of the school in its first four years, although this time around the general consensus is that it will be a successful one.

As soon as John Deasy had received Ms. Bruno’s agreement to take on the job, his next step was to discuss the appointment with Eli Broad and request if he would be interested in renewing his support for the school.

Announcing his donation Broad gave tremendous credit to  John Deasy, who he  recalls making a powerful argument that Kim Bruno’s appointment would make all the difference in the school’s success in the future.

Ms. Bruno replaces Norman Isaacs, who resigned after heading the school for two years, with the reasons for his resignation according to  Isaacs was because the district were not willing to provide the necessary resources that would enable the successful operation of a premier arts education institution.

While still fresh in the role Ms. Bruno has succeeded in solving the year for some of the problems that her predecessors suffered from as well as considerably improving the atmosphere amongst the pupils.

From her experiences in New York City, Ms. Bruno also comes prepared to oversee a program that will hopefully attract private funding. Since taking up the post just two months ago, Kim Bruno has taken considerable time out of her busy schedule to meet up with numerous potential donors and arts organizations. The new principal has stated that Eli Broad has been particularly generous with his time as well as advising her about potential donors to contact.

With Eli Broad breaking the ice with his donation of two hundred and fifty thousand dollars, which while it is also a significant windfall, is a major contribution in regards to restoring the credibility of the school.

Eli Broad has been ranked  by Forbes as having an  estimated net worth of $6.3 billion, making him the 191st wealthiest person in the world, as well as the only person to establish two Fortune 500 companies in different industries.

Eli Broad was born at the height of the depression in the Bronx District of New York, although his family moved to Detroit, Michigan when Eli was six years old. Eli attended Detroit Central High School, from where he went on to study accountancy and economics at the Michigan State University.

Coming from the working-class background Broad had to subsidize his college education by taking on all kinds of part-time jobs including selling women’s shoes, garbage disposal units going from door-to-door, or as a drill press operator at Packard Motors in Motown.

Broad succeeded in graduating in 1954, in the process becoming the youngest resident of the state of Michigan to be awarded credentials of a Certified Public Accountant (CPA), a record that stood firm until 2010.

Broad practice his profession for two years after graduation as well as teaching evening classes at the Detroit Institute of Technology.

In 1957, Broad hung up his accountancy diploma to establish a building company specializing in domestic properties with his friend Donald Kaufman. They called their new joint enterprise Kaufman and Broad Home Corporation, which they rapidly shortened to become KB Home.

Eli Broad had recognized a gap in the market calling for   housing that would appeal to the postwar generation of Detroit citizens who were enjoying some affluence thanks to the booming demand for new cast coming out of the Detroit factories, and wanted to move to the suburbs. Kaufman and Broad labored long and hard to find ways of streamlining the construction process, using a form of accountancy reconciliation previously unknown in the construction business.

The partners  set out to construct a basic model home that would cost less to repay on a standard mortgage than it would be to rent a two-bedroom apartment. The KB concept rapidly proved to be an outstanding success, and their construction company grew so rapidly that they went public on the American Stock Exchange in 1961 and even larger still when they became the first domestic construction company to be listed on the New York Stock Exchange in 1969.

Unwilling to rest on his laurels, just two years later, Broad acquired Sun Life Insurance Company of America. A somewhat conservative family-owned insurance company Sun Life founded in Baltimore in 1890 had earned themselves a reputation being a solid and reliable company who treated their customers well.

Using his acute business acumen and understanding of the laws of  accountancy, Broad succeeded in transforming Sun Life into the retirement savings powerhouse, which he renamed Sun America. Once again Broad’s ability to look forward enabled him to anticipate that the generation of baby boomers, those born in the major postwar years, were beginning to think of pension plans much more than they had in the past.

In 1999, Broad sold SunAmerica to the American International Group for $18 billion, although continuing in the role as CEO until 2000, after deciding to focus his activities on his philanthropic interests.  Eli did take some time out to write a novel, with the eye-catching title of “ The Art of Being Unreasonable: Lessons in Unconventional Thinking, ” The novel, published by Wiley and Sons in 2012, became a bestseller in the New York Times list.

Eli and his wife Edythe Broad are renowned for being lifelong philanthropists as founders of The Broad Foundations, with their generosity particularly being felt in areas of scientific and medical research as well as the arts and civic endeavors in their hometown of Los Angeles.

Since retiring Eli Broad together with his wife Edythe succeeded in building up not one but two of the most outstanding collections of postwar and contemporary art in the world- The Eli and Edythe L. Broad Collection and The Broad Art Foundation, with the collections covering close to 2, 000 works created by more than 200 artists. Since the mid-1980s, the Broad Art Foundation has been operating as an active “lending library” to spread global enjoyment of their extensive part collection. Since its establishment, the Broad Art Foundation has cooperated with close to 500 museums and university galleries throughout the world, allowing them to establish localized art exhibitions

Mr. Broad was the founding chairman and is a life trustee of The Museum of Contemporary Art in Los Angeles, to which The Broad Foundation gave a $30 million challenge grant in December 2008 to rebuild the museum’s endowment and to provide exhibition support.  In his role as a life trustee of the Los Angeles County Museum of Art, Eli Broad made a $60 million gift to build the Renzo Piano-designed Broad Contemporary Art Museum, which opened in February 2008, and to fund an art acquisition budget.

In August 2010, the Broad Foundations announced their plans to build a contemporary art museum and headquarters to handle the affairs of the Broad Art Foundation.  The new museum, to be called “The Broad”, will be situated on Grand Avenue in downtown Los Angeles and is scheduled to open its doors in early 2014.