As Bernard Madoff continues to languishes in prison for the next 150 years (yes, the sentence is even longer than the life of a biblical patriarch) for his fraudulent Ponzi investment schemes, he continues to spread a dark shadow over the lives of many of those he left behind, and none more so than his own family.

His two sons Andrew and Mark Madoff used to work for him, running the firm’s market making and proprietary trading desk across the pond in Madoff’s London subsidiary. As a a result they have often been suspected of having been in cahoots with their father’s schemes, and basically have been shunned by many because of it. Mark could not take the pressure and killed himself. His brother Andrew has succumbed to a re-occurence of cancer he had earlier fought off and is currently fighting it with all his remaining strength. 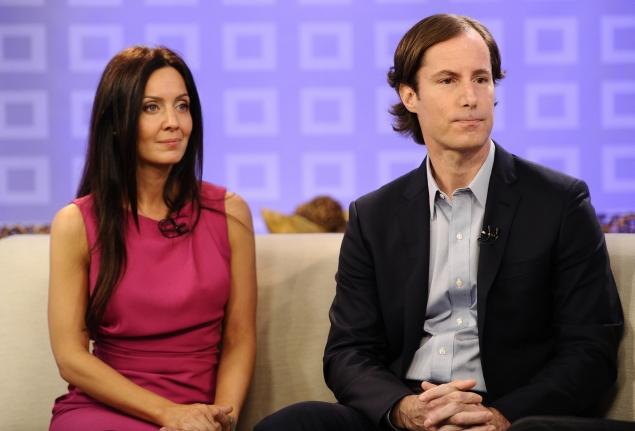 –
Andrew Madoff has also had to deal with the aggressive US Trustee in the Madoff case, Irving H Picard, who had been pursuing both brothers in the English courts as part of his scatter-gun approach to recover as much money as he can from anybody who ever had anything to do with the disgraced American financier. To date he has been quite successful recovering about US$9 billion, or as much as half of the estimated US$18 billion in actual cash, as opposed to fictitious compounded investment returns, that is thought to have slipped through Bernie Madoff’s fingers.

However in pursuit of Andrew, Picard has seemingly gone too far and way past the evidence, and on Friday an English Judge firmly said so and exonerated the surviving son, and his dead brother, completely in a case which had been brought by the English Liquidator of Madoff’s UK subsidiary in London, and who was in turn acting for Picard and seeking US$50 million in restitution.

The trial lasted six weeks and concluded with Judge Andrew Popplewell dismissing all of the claims against Mr. Madoff’s sons, and also against other parties including Sonja Kohn an Austrian banker and Stephen Raven the Madoff subsidiary’s Managing Director. The Judge ruled that neither brother “knew of, or suspected, the fraud” and stated that “their honesty and integrity has been vindicated.” This is actually a very powerful judgement that goes well beyond the usual “failure to meet a burden of proof” kind of negative acquittal that is often handed down in such cases.

Martin Flumenbaum, the lawyer who represented them, said “The decision confirms what Mark and Andrew stated from Day 1 – that they did not know of or participate in the fraud perpetrated by their father.”

Mark committed suicide in 2010 just a few days after the case had been brought against them initially, so for him the vindication is too late for statements of regret by an over-aggressive prosecution. Not that the Liquidator and the Trustee have showed any sign of remorse as Simon Rothschild, a spokesman for the Liquidator stated afterwards “We are obviously extremely disappointed with the judgment handed down today as claims made against the defendants were serious and there was undoubtedly a case to answer.”

Judge Popplewell didn’t just stop there though, obviously cognizant of the immense personal damage that has been done to the Madoff sons’ reputations, as well as claiming a life through suicide of one of them. In his judgment he went on to harshly criticize Mr. Picard for “poisonous press releases” issued in the case and for pursuing the defendants “aggressively and relentlessly over several years, on occasion with an unfair degree of hyperbole.” The Judge also noted the “stress imposed” on “Andrew Madoff, seriously ill with cancer, and his and his brother’s families” by the lawsuit.

The case of the Liquidator and the Trustee was based essentially on the assertion that as Directors of the Madoff firm’s London subsidiary, Andrew and Mark Madoff, along with six other board members, must have had knowledge that certain funding received from the United States parent was a sham. The case alleged that they subverted the company’s finances with over US$27 million in payments, and nearly US$7million in perquisites, and several millions more in interest payments paid out to Austrian banker Sonja Kohn, who apparently had helped market feeder funds for Bernie Madoff – which for added longevity to his schemes. Picard had even described the London unit as a “critical piece of the facade of legitimacy that Madoff constructed.”

Judge Popplewell disagreed and in his 188 page judgment said that the brothers were not to blame.

“An honest and intelligent man in the position of each brother could reasonably have believed that the payments were in the interests of the company, ” the judge wrote, relating to payments ostensibly for research that Picard had claimed were obviously questionable.

Judge Popplewell also expressed dismay over what Mr. Madoff’s sons, along with the other defendants, had been put through in the wake of the fraud.

“I very much regret that I must have added to their burden by the time it has taken to prepare this judgment, ” he wrote. “The resolute and temperate way they have conducted themselves in these proceedings does them great credit.”

However everything is not quite yet put to bed as Mr. Picard still has a separate lawsuit pending against Andrew, Mark and other members of Mr. Madoff’s family in the United States. That lawsuit is asking for over US$250 million in damages this time and claims that the family was “completely derelict” in failing to ensure that the firm’s operations were legal.

Commenting on the outstanding US suit Martin Flumenbaum also said, with considerable understatement “I expect the findings by the court in England will have a significant impact on the Trustee’s litigation in the United States.” He is probably quite right.

There are a number of ironies at work here as it was in fact Mark and Andrew Madoff who had first warned authorities in 2008, after the elder Madoff confessed to them that his highly regarded investment business was nothing more than a Ponzi scheme.

After the whole story then burst out onto the public the two brothers subsequently stayed silent for a long time about their ordeal. After Mark’s suicide in 2010, however, Andrew spoke to the press saying the Madoff family had been completely deceived by his father.

“What he did to me, to my brother, and to my family is unforgivable, ” Andrew Madoff said at the time.

In August of this year, the 47 year old received a donor lymphocyte infusion to help him fight stage-four cancer. He previously thought he had successfully defeated mantle cell lymphoma, a type of blood cancer, 10 years ago only for it to recur after his father’s Ponzi schemes were revealed. After undergoing several difficult sessions of chemotherapy, in May he even received a stem cell transplant at the Fred Hutchinson Cancer Research Center in Seattle.

Throughout all the back and forth, Andrew’s fiancée Catherine Hooper, his children and his friends have been loyal and have stood by him.

The question that still hangs in the air though is really one for Bernie Madoff himself…. “Bernie was all the devastation you have caused worth it?”

In this article:fraud, Finance, Bernard Madoff