Kinder announces a massive 70% increase in earnings for their third-quarter thanks to a dramatic increase in his company’s  gas pipeline  capacity and use. 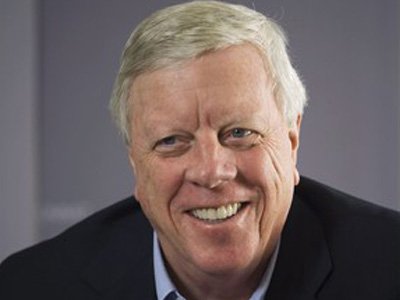 Richard Kinder, CEO and Chairman of Kinder Morgan, rated as being the largest midstream and the third largest energy company reported an increase of profit of $284 million for the same period last year. The increase was attributed to a dramatic rise in demand for specialized piping to cope with on increased natural gas shipments on the company’s expanded network.

Net income for the period for Houston-based Kinder Morgan came to $689 million compared to $405 million from the corresponding period in 2012 a year earlier, said in a statement today.

In a statement released announcing the profit increase, Richard Kinder pointed out that the company’s recent acquisition of Copano Energy LLC who control close to seven thousand miles of gas pipelines, and more significantly that of the El Paso Corporation acquired in 2012 who own and operate North America’s largest natural gas pipeline system, transgressing the United States from North to South and East and East Coast to West Coast, through 44, 000 miles of interstate pipeline

These acquisitions more than doubled the company’s natural gas footprint in the United States but at a considerable cost. In 2012 Richard Kinder masterminded the acquisition of the El Paso Corporation paying out around $30 billion, going on to acquire Copano Energy in May of this year, paying out $3.2 Billion, although  receiving in return a pipeline system capable of carrying the equivalent of more than 10, 000 barrels a day of refined oil products.

Thanks to the increased capacity, income for the quarter from Kinder Morgan’s gas pipeline division rose by 31 percent to $3.3 billion from $2.5 billion in the same period last years, while earnings jumped 59 percent to $608 million from the same quarter in 2012.

As a result of their encouraging results, Kinder Morgan announced that they will be increasing their quarterly cash dividend to $0.41 per share, representing a 14 percent increase over the third quarter of 2012, with third quarter cash available to pay dividends of $424 million, up 17 percent from the same period in 2012.

Through Richard Kinder’s leadership, Kinder Morgan has grown from a small company formed in 1997 with 175 employees into an organization that has more than 11, 000 employees, as well as a combined enterprise value of approximately $110 billion.

Richer Kinder who is paid a token salary of $1 a year, and taking  no bonuses, stock options or restricted stock grants is regarded as the 41st wealthiest American, with a personal fortune, estimated to be over $9.4 billion.

Richard Kinder was born and raised in Cape Girardeau, Missouri. After serving in Vietnam as a Captain in the U.S. Army, Richard thankfully returned unscathed to the US to study, graduating with a B. A degree from the University of Missouri in 1966, gaining his Juris Doctor from the same university two years later.

After graduating, Kinder established a legal practice as well as dabbling in real-estate in Houston, Texas. By chance Richard ran into an old friend from his college days, Bill Morgan, who was working with Houston Natural Gas. Morgan explained to Richard Kinder the rich opportunities in natural gas, and especially in the pipeline business. Kinder joined Morgan at Houston Natural Gas, which was duly acquired by another company, Florida Gas in 1984, where Morgan and Kinder were reunited with another college buddy, Ken Lay. By 1990 Kinder had risen to become president of Florida Gas, which by that time had taken on the far more fashionable title of Enron, with Lay acting as chairman and CEO, taking the company to multi-billion revenues by the mid-nineties.

In 1996, Richard Kinder and Bill Morgan decided that the time was right to cut the cord from Ken Lay and Enron, and branched out on their own to form Kinder Morgan.

On the philanthropic front, Richard and his wife Nancy Kinder are particularly active, establishing the Kinder Foundation in 1997 in order to support major public causes. Since its establishment, the Foundation has focused the bulk of its activities on projects designed to enhance urban green space, education and quality of life in the Houston area.

Richard also acts as chairman of the board of trustees and a life trustee of the Museum of Fine Arts, Houston.

Nancy Kinder is the founding chairman of the Discovery Green Conservancy, a nonprofit organization that operates in partnership with the City of Houston to develop an urban park in downtown Houston. In addition, Nancy acts as president of the advisory board of Rice University’s Kinder Institute for Urban Research

The Kinder Foundation has granted over $100 million in gifts and pledges to date.

In this article:Houston, Texas, Finance