Thanks to a deft play on words, Snyder may be able keep his team’s name, by simply  changing its connotation. 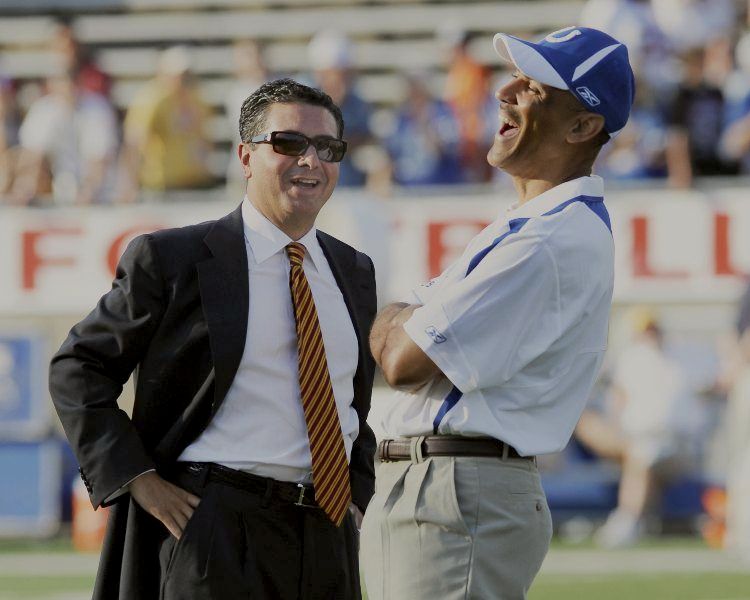 With discussions now having continued for decades about what to do about on the problematic implications of the name imposed on Washington’s major football club- the Redskins.

Owner Daniel Snyder has been under increasing pressure to change the name since he took over the club , despite them being known as the Redskins since the mid nineteen thirties.

However, Native Americans through the Congressional Native American Caucus have apparently begun to step up their efforts to have the name changed, with Snyder standing firm, while obviously feeling himself painted slightly into a corner.

During one of the most heated televised debates on the subject, Snyder came up with an argument that included the “NEVER ‘word, a statement that is difficult to back down from without showing a considerable loss of face.

On the other hand the time may have come for Snyder show sensitivity to the feeling of Native Americans by finding a solution and putting an end to a bad situation, through creating or adopting an innovative gesture of flexibility in negotiations, one that other residents of Washington might possibly learn from.

The solution to the delicate Redskins problem, from the first impression sounds somewhat tongue-in-cheek, but actually makes a lot of sense. If adopted it would take a lot of the heat out of the situation, is to keep the name but change the connotation of the word “ Redskins” as well as the team’s problematic logo, which could possibly be the principal source of the conflict.

According to the suggestion that comes from the unexpected direction of PETA or the People for the Ethical Treatment of Animals to give them their full title. PETA, the World’s largest animal rights protection organization recently published an article in their official blog, in which they advised Daniel Snyder that his football franchise should retain the name Redskins, but change the club’s logo to an image of the famous Redskin variety of potato, much loved by all Americans.

Snyder and the Congressional Native American Caucus may well find this a great way to climb down from the high branch of the tree they have climbed up on, while putting a smile back on everyone’s face.

With the debate reaching as high as President Obama, who was recently quoted as commenting that in Snyder’s shoes, he would “think about changing” the team’s name.

If Snyder takes up the potato option, it appears to be a win-win situation as well as a great day for the potato marketing organizations.

Daniel Snyder was born in the state of Maryland, and lived for a number of years in the United Kingdom, New York eventually returning to Maryland to attend the University of Maryland’s College Park

In 1989, Snyder opened his first a business, in partnership with his sister Michelle in under the title of Snyder Communications LP.

The pair made a great success of the enterprise building it rapidly through the nineties and taking it public in September 1996, bringing Daniel Snyder the distinction of becoming the youngest ever CEO of a New York Stock Exchange listed company, aged just 32 at that time.

With the public backing Snyder continued to drive the company to rapid growth through a string of aggressive acquisitions, till by 1998, the company had an annual turnover of $1 billion and employed 12, 000 people.

One year before the Havas takeover, Snyder acquired the Washington Redskins, as well as  the legendary Jack Kent Cooke Stadium  for $800 million.

Within a few years, Daniel Snyder began to sell of share parcels in the club, the first 15% to real estate developer Dwight Schar, then a further 15% to Florida financier Robert Rothman and 5% to Frederick W. Smith, owner and founder of Federal Express which included naming rights to the Redskin’s stadium.

Snyder still retains the remaining 65% in the club.

In this article:President Barack Obama, Finance