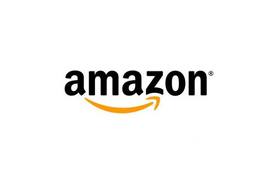 Dead Sea Premier Laboratories of Tel Aviv is a cosmetics and beauty products company that has built a large international business based on an expanding line of premium products derived from the rich mineral resources of the Dead Sea. Many of these are patented, and multiple awards have been won for them.

In the cosmetics business success sometimes leads to copying, or to the sale at heavily discounted prices of imitations, or older shipments of genuine products which are nevertheless long past their sell by dates and no longer effective which have found their way through the distribution chain. This is particularly true in the US where price is “king”, and in the case of Dead Sea Premier this has been exacerbated by it having fired its US distributor earlier this year. Now the company is seeking to regain control of its marketing in that country and has recently launched its own brand-new US online shopping web service there.

In connection with this Dead Sea Premier is now suing on-line retailer Amazon for what it claims is the unauthorized use by Amazon of its trade marks to sell current, out-of date and simply imitation products, either wittingly or unwittingly, under the Dead Sea Premier brand through unauthorized resellers or directly itself.

Accordingly, Dead Sea Premier Laboratories has now filed a lawsuit in the Tel Aviv District Court claiming both trademark infringement and copyright infringement against giant on-line retailer Amazon for making unlawful use of its trademarks. 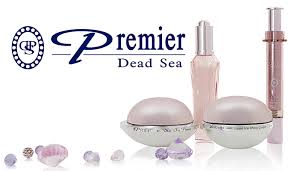 The claim alleges that Amazon’s website Amazon.com contains many product profiles of Dead Sea Premier’s products using the company’s intellectual property illegally. In addition it is alleged that the profiles include literally hundreds of images of the company’s official product photographs without the company’s knowledge or consent.

The lawsuit claims that Amazon’s current policies do not request the official trademark owners of products to approve when resellers post on its site details of products offerings, which indeed may not originate in shipments from an official source. Accordingly just about anyone can create a company name and trade other people’s products on Amazon if they have supplies of such, possibly non-authorized, products, collecting money from the customer via Amazon and paying fees to Amazon for the privilege.

In this manner indeed, the suit alleges Amazon allows marketing groups to market many products exercising no control over them at all, in this case infringing the rights of the plaintiff, and does so moreover effectively in secret. According to the plaintiff this violates its name and reputation, but appeals to Amazon itself have been ignored and the marketing groups involved are hidden behind a veil set up by Amazon thus leading to the plaintiff incurring loss.

The plaintiff asserts that it is Amazon’s actions which actively permit marketing groups to operate in such manner, violating copyrights and trademarks in the process. Furthermore because of the lack of any inspection process by Amazon as part of its online selling platform, the plaintiff alleges expired products and sometime even defective products which were instructed by the plaintiff to have been removed from retail shelves may have become available on line, sold on Amazon by resellers or even by Amazon itself.

Dead Sea Premier Laboratories states that it has not granted any permissions to Amazon to utilize its trademarks and intellectual property. However it alleges Amazon has nevertheless been widely displaying the plaintiffs products, with official company images and putting its reputation on the line thereby.

According to the plaintiff Amazon has taken no action to remove the infringing content and products from its web site when asked to do so, which has led to the filing of this lawsuit. The plaintiff alleges that Amazon not only has done nothing to prevent these violations of the plaintiffs rights but moreover is even a direct party to them itself and also receives a percentage of sales from such infringing sales by infringing resellers.

Even worse, the plaintiff alleges that Amazon permits the use of plaintiff’s name and reputation in the case of resellers who are selling additional products that are not even made by or for the plaintiff at all. The lawsuit asserts that to the best of plaintiff’s knowledge more than 100 different such products are displayed by Amazon which have no connection to the plaintiff of any kind, but which appear to be associated with the Dead Sea Premier image and brand.

The plaintiff alleges that clicking on a search field within Amazon for a brand such as “Dead Se Premier” may include many products which are listed under Dead Sea Premier but are actually not the products of the plaintiff and which can mislead potential purchasers, thereby doing a lot of damage to the plaintiff.

The lawsuit asserts that the plaintiff Dead Sea Premier is a company that produces premium products, and by loosely associating cheaper products with it in this manner its name, its reputation and its business can be severely undermined.

Accordingly, the Court is requested to order Amazon to cease and desist its infringing conduct and to refrain from using the trademarks, copyrights, images, the name or any other proprietary items of the plaintiff. In addition the Court is requested to order Amazon to pay a provisional minimum amount of compensation for infringements to date, in the amountof NIS 600, 000 (about US$ 168, 000), until Amazon provides accounting details to the Court about the full extent to which it has profited from the use of the plaintiffs name and its products so that a final determination may then be made by the Court as to damages.

In this article:lawsuit, law, Finance