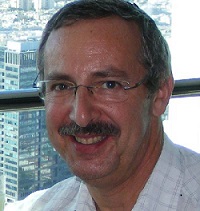 Record foreign currency reserves.  Israel’s foreign exchange reserves at the end of September 2013 stood at an all-time record of $79, 902 million – an increase of $1, 383 million from their level at the end of August.

More oil than expected.  After extracting 116, 000 barrels of oil from Israel’s Meged 5 well, Givot Olam Oil Exploration upped their estimate of oil in the field by 60 per cent to 2.49 million barrels of oil.

Japan trials Israeli tumor treatment.  (Thanks to Nevet – Broaderview.com) Japan has bought its first IceSense3 systems from Israel’s IceCure Medical.  The systems are already approved in the USA and Europe. Now Kamada Medical Center will use two $50, 000 IceSense3 systems to kill breast tumors by freezing them.

Apple buys Cue.  21-year-old Israeli entrepreneur Daniel Gross has just sold his personal assistant app Cue to Apple for a cool $40 million.  Cue searches for keywords in a person’s Facebook, LinkedIn and Twitter accounts without having to sign in to any of them.  Apple could use Cue to help compete with Google Now.

Israel to NYC.  The US Israel Business Council is introducing 15 Israeli startups to New York City.  Curiyo, Viewbix, Augury Systems, Seebo, Brayola and ten others are facing 250 investors and business leaders who are providing advice and (hopefully) funding to the fledgling companies.

Warren Buffet continues to connect with Israel.  (Thanks to Israel21c) Business giant Warren Buffet made his 3rd Israeli acquisition when his electronics components distributor TTI bought Israel’s Ray-Q Interconnect. The Israeli company manufactures harnesses that can connect a vast range of electrical equipment.

More Canadian visitors.  A new aviation agreement between Israel and Canada will lead to a significant increase in flights between the two countries and allow other airlines to operate regular flights on the Tel Aviv to Toronto route.  Currently El Al and Air Canada carry some 130, 000 passengers on this route every year.

Teva launches generic treatment for kidney disease.  Teva is the first company to produce generic Zemplar (paricalcitol) tablets in the US.  The treatment is for patients with Stage 3 or Stage 4 chronic kidney disease and in Stage 5 patients on dialysis.

Israel’s contribution to World Vision  (Thanks to Israel21c) October 10th was “World Sight Day”. Here are 10 products from the “Light to the Nations” that will transform the field of vision.  They include implants, keyboards, a smartphone for the blind, electronic spectacles and cameras.

ISRAEL IS INCLUSIVE AND GLOBAL

A (dental) bridge to peace.  Dr Adam Stabholz, ex-dean of the Hebrew University dental school joined with Dr. Musa Bajali, head of the dental school at Al-Quds University to form the Alliance for Oral Health Across Borders.  They share the ambitious goal of promoting peace globally through oral health.

Strawberry leaf yeast goes commercial.  I reported in January the discovery by Hebrew University scientists of the natural, non-toxic pesticide made from the yeast growing on strawberry leaves.  Now Israel’s agro-tech giant Makhteshim Agan is working with HU’s commercial company Yissum to develop the bio-control agent.

Israeli-Chinese car gets top safety rating.  The Qoros Sedan 3 has become the first Chinese car ever to win a five-star score from Euro NCAP.  Qoros is a joint venture of Israel Corporation and China’s Chery Automobile.

Three Israeli Nobel prize-winners?  Israeli-born Arieh Warshel shared the 2013 Nobel Prize for Chemistry with Martin Karplus and Michael Levitt for their 1970s computer models for predicting chemical processes.  Levitt has Israeli, British and US citizenship.  All three are Jewish.  Plus, Belgian’s Nobel laureate for Physics Francois Englert is a Sackler Professor at the Tel Aviv University School of Physics and Astronomy.

WATEC 2013 is coming.  Israel’s internationally acclaimed conference on Water Technology and Environmental Control takes place later this month in Tel Aviv.  It will be preceded by the Cleanvest Summit, where recent technological breakthroughs from the Israeli water industry will be revealed.

Where to park the car?  Israel’s Anagog monitors mobile phones’ sensors to detect parking spaces that are about to be vacated – in real time.  It is also cooperating with Finland’s PARX, the owner of Easy Park, which has users in 130 countries.

Technology – Made in Israel.  I hope that you’ve been following Gordon Robertson’s fascinating series on Israel; made for CBN.  Here is his 11 min video on Israeli Technology.

BrainTech 2013.  At the first-ever International Brain Technology Conference in Tel Aviv, President Shimon Peres will present a check for $1 million to the winner of the Global B.R.A.I.N. (Breakthrough Research And Innovation in Neurotechnology) contest.  The finalists have developed applications that interface with the brain.

A new lock is in town.  (Thanks to Size Doesn’t Matter and Green Prophet) A group of friends from Tel Aviv got so tired of lugging enormous locks to foil would-be bicycle thieves that they got together to design what may be the world’s only fashionable solution: the Foldylock.  The video resembles a Clint Eastwood movie.

Canada helps clean up Kishon river.  (Thanks to CLIC)  Israel, whose desalination and irrigation systems are among the most advanced in the world, has turned to her Canadian friends to help cleanse the water of its own Kishon River.

High-flyer.  Maybe he is not typical, but once a week D (name cannot be disclosed) is a fighter pilot soaring across Israeli skies, and for five days a week he is a Weizmann Institute nanotechnology doctoral student. Both his siblings are doing post-doctorates and all three received their first degrees from the Open University.

How are those Argan trees doing?  If you remember, Yoni and Shoshana are making the Negev desert bloom with Argan trees that will eventually produce fruit from which rich, nutritious Argan oil can be extracted.  1000 saplings have been planted and land is being prepared for another 1000 in the spring.  Please donate if you can.