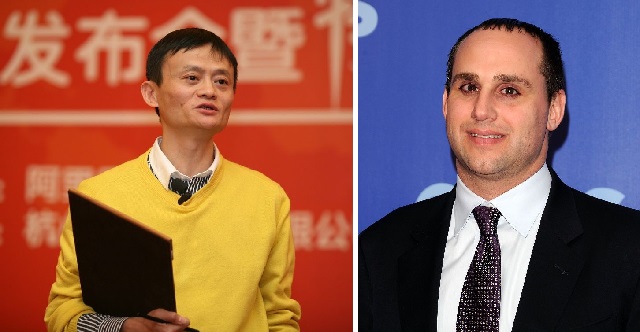 Michael  Rubin appears to have switched his allegiance to China’s largest e-commerce company the Alibaba Group, in preference to eBay. Alibaba are the key investors in a group who have raised a $206 million investment in ShopRunner, a division of Rubin’s Kynetic

Michael Rubin formed Kynetic three years ago, after his previous online enterprise GSI Commerce was bought out by eBay for the tidy sum of $2.4 billion.

Alibaba Group Holding’s investment in Kynetic represents one of its largest it has made in the United States to date, once against fueling speculation that the Chinese e-commerce giant is on the verge of launching an IPO on the US stock exchange.

Alibaba’s investment in Kynetic will be vertically focused on its ShopRunner Inc. subsidiary, who specializes in offering shipping services to online retailers , with some of their main clients being Toys “R” Us Inc. and RadioShack Corp. ShopRunner Inc. guarantee unlimited two-day shipping for a $79 annual fee.

To allow the deal to go through, eBay Inc. has already sold off their 30% holding in ShopRunner, reportedly making a healthy profit on the deal. Alibaba’s investment now pushes ShopRunner’s value to around $600 million.

While exact figures have to be yet to be released on the current transaction, with the only information available is that Alibaba invested the largest share of the $200 million plus dollars, and their current investment is in addition to a previous one of $70 million in ShopRunner.

Alibaba ranks well clear the field as the largest e-commerce company in China, through their Tmall and Taobao portals. While Tmall specializes in marketing major Western orientated brands such as Gap Inc. and Nike Inc. among many others, Taobao markets tens of millions of items from more than seven million Chinese companies.

Alibaba’s income for 2012 was just over $4 billion in 2012, an increase of 74% from the previous year. Yahoo Inc owns around one quarter of the shares in the company.

Alibaba’s association with Michael Rubin’s Kynetic continues to grow with their investment in ShopRunner, in addition to the minority stake that the Chinese giant took in Fanatics Inc., another Kynetic subsidiary as part of $170 million funding round held in June of this year.

According to industry commentators Alibaba are interested in increasing their coverage in the US market directly in particular to compete against Amazon, who operates a similar service.

San Mateo, California based ShopRunner, is a relative minnow compared to Amazon, although, according to reports, the company has succeeded in more than doubling its sub scriber’s in the past year, reaching around one million, at approximately one tenth what Amazon can count on as subscribers, with competition for an estimated potential market of 25 million customers by the end of 2017 expected to become increasingly fierce.

ShopRunner takes between 2% to 5% as a handling charge for delivering goods purchased from merchant’s websites by members of their loyalty program.

Earlier this year, ShopRunner announced that they had formed a trading partnership with American Express that would allow U.S. cardholders a free subscription making for a potential client base of tens of millions.

Alibaba have recently been reported to be considering a listing on U.S. exchange, as a result of talks to list on the Hong Kong exchange reaching an impasse.

Michael Rubin was born and raised in West Philadelphia. From a very early age Rubin showed exceptional entrepreneurial skills, establishing a ski-tuning workshop in his parents’ basement when he was just twelve years old. Within two years Michael had succeeded in generating sufficient capital to open a retail store specializing in ski equipment in the town of Conshohocken, Pennsylvania, with his father guaranteeing the lease on the property.

Despite his commercial interests, Rubin still finds the time to complete high school and was accepted to study at Villanova University in Philadelphia. However the call to the world of commerce was to prove too strong, and after the first semester, Michael left Villanova.

In 1993, at the age of just 21 Rubin has succeeded in building his business, KPR into a million dollar a year turnover concern. Just two years, by 1995, KPR had grown so dramatically that it was achieving $50 million in sales.

Michael Rubin was one of the first pioneers of e-commerce, developing global sports into a multi-billion-dollar enterprise, under the title of GSI Commerce, with the company expanding dramatically thanks to a series of acquisitions and expansions.

After lengthy negotiations, in June of 2011 online marketing giant eBay Inc. acquired GSI commerce for the sum of $2.4 billion. As part of the agreement, Rubin was able to buy back the consumer -based divisions of GSI, in particular Fanatics and Shop Runner, as well as Rue La La, a flash seller. Rubin wasted no time in merging the three divisions into Kynetic, taking up the role as executive chairman in each of the companies.