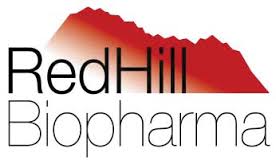 RedHill is an emerging Israeli biopharmaceutical company based in Tel Aviv, focused primarily on the development and acquisition of late clinical-stage, proprietary formulations and also combinations of existing drugs.

Following positive results from two supportive pharmacokinetic (PK) studies, the Company now plans to file an NDA in the first quarter of 2014 for RHB-102 and is actively seeking a pre-NDA meeting with the US Food and Drug Administration (FDA).

RHB-102 is one of RedHill’s most advanced programs, along with RHB-103 for migraine, which has a date of February 3, 2014 for the Prescription Drug User Fee Act (PDUFA), and RHB-104 for Crohn’s which recently commenced a Phase III study.

The results of these studies are subject to final quality assurance (QA) and an independent study report by the Canadian clinical research organization (CRO) which conducted the studies. The final independent report from the CRO is expected in the coming weeks.

The Company believes that, if approved for marketing, RHB-102 will be the first and only extended release, once-daily,  oral version of ondansetron on the U.S. market at the time of approval. With clear potential advantages to cancer patients over the existing immediate release oral ondansetron tablets now being old, including the potential to enhance patient compliance and adherence due to its increased convenience of use, RHB-102 is targeting a considerable segment of the 5-HT3 receptor anti-emetic market, which was estimated to have worldwide sales of approximately US$900 million in 2012. 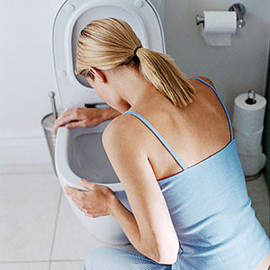 The supplementary PK program was initiated by the Company in July 2013 to support the planned submission of a NDA. Because of its success, and positive data generated from previous studies with RHB-102 and the Type B meeting held earlier with the FDA in February 2013, the Company is now seeking a pre-NDA meeting with the FDA to discuss the clinical aspects of the planned NDA. Subject to the results of the pre-NDA meeting, completion of Chemistry,  Manufacturing and Control (CMC) modules, and the required regulatory process, the Company plans to submit an NDA for RHB-102,  seeking U.S. marketing approval, in the first quarter of 2014.

The supplementary PK program recently conducted with RHB-102 included two studies. The first study assessed the effect of food on the bioavailability of RHB-102. Results from this study showed that the increase in bioavailability for the extended-release formulation after administration in the after eating is consistent with the pharmacokinetics of Zofran® (ondansetron) immediate release formulation. The second study was a multiple-day dosing comparative bioavailability study with Zofran® immediate release tablets as the reference drug. Results from this study demonstrated that the exposure provided by RHB-102 meets the targeted pharmacokinetic parameters and supports once-daily dosage.

Gilead Raday, RedHill’s Senior Vice President Corporate and Product Development, commented: “We are very pleased with the results from the two supportive pharmacokinetic studies. We are on schedule with the regulatory plan for RHB-102 and are looking forward to a pre-NDA meeting with the FDA, followed by our planned submission of a New Drug Application for RHB-102 in the first quarter of 2014.”