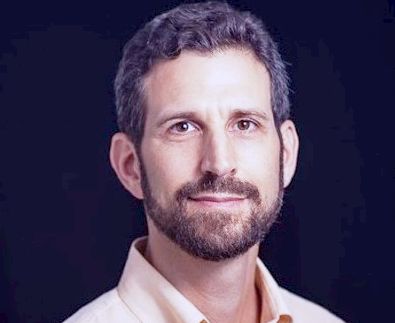 Operational implementation of Obamacare, a.k.a. the Affordable Care Act, Last week just commencing in the United States.  Republican Party plans to derail it are, it seems,  now likely to fail though not without much huffing and puffing as the United States Government has for the moment completely shut down till somebody in Congress blinks. This, for the first time since Newt Gingricht tried the same approach, also without success, in 1995/1996.

The United States was ranked last month 46th out of 48 countries worldwide in terms of the delivery of health care services, according to a World Healthcare Efficiency Index published by Bloomberg.  The top four countries on the list are Hong Kong, Singapore, Japan and Israel.  Each of these four countries heavily involves the role of the State in effectively managing the costs of delivering health care to its citizens.

To some extent the result for the US is however statistically speaking a foregone conclusion, as measuring health care efficiency primarily concerns just two variables – i.e. services and costs.  It has long been the case that for any particular medical service in the United States, and whatever might be the variation of cost delivering it in the different states within the Union itself which can often be considerable, on average the cost in the United States will be much higher than in any other developed country in the world.

Pricing policy major cause of high US medical costs

Studies have also shown that almost all of such higher costs in the end reflect simply the pricing policies of medical providers in the United States, far more than any other factor and absent any system wide intervention policy by Government to restrain them.

Obamacare will by itself do little to change this, and its primary initial benefit will be to deliver medical insurance to those presently without coverage, which is of course an important strategic step. Secondarily, however, Obamacare is also placing a major emphasis on digital elements of healthcare service provision, something still quite nascent in the United States and not yet particularly effective there, or anywhere else for that matter. 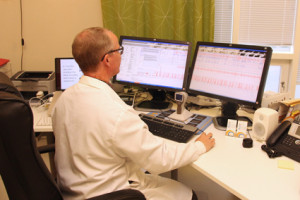 Israel itself is however already well along what is going to be a substantial learning curve for digital healthcare for everybody, both in terms of record keeping, electronic sharing of e.g. Xray and other medical data online to remote locations and, as well,  the digital delivery of medical diagnostic and monitoring services – including by means of mobile devices held by consumers and medical providers alike.

As such the state of digital health care in Israel is going feature prominently in one of the case studies to be presented at a forthcoming mobile healthcare conference taking place in mid October at Tel Aviv University.  There an eHealth suite of services provided by Israel’s largest private Health Management Organization (HMO), Clalit, will be looked at in detail.

With over 4 million members, 7, 500 participating physicians, 14 hospitals, 1400 clinics, 400 pharmacies, 39 imaging centers,  37 children’s health centers and 32 women’s health centers Clalit is impressive by any standard, and is reputed to be the second largest individual HMO in the world.

Five years ago Clalit launched its e-Health suite of services which today already has nearly two million monthly users. While there is plenty of hype around mobile health applications, in most countries such efforts have failed to take off effectively yet.

However in Israel, according to Dr. Yossi Bahagon, a family physician and e-Health, m-Health and Tele-Care expert the approach taken by Clalit has already achieved some significant results. As he says… “Clalit’s e-Health activity has created a dramatic change both at the patient and national levels, with proven outcomes in clinical quality,  efficiency, accessibility and financial aspects.”

After plenty of initial trial and error, Clalit finally found success it seems through what Dr. Bahagon describes as a five-layer approach:

Personally tailored preventive medicine and health recommendations, such as mammography and lipid profile screening recommendations, based on sex, age, medical history and previous medical tests. Recommendations are in textual, visual and interactive formats to increase patient engagement. Compliance of users exposed to this layer was 63% higher than for patients informed by traditional means.

3. Personal Health Services Layer – what the patient DOES

Patients carry out their own administrative and clinical self-service, giving patients the ability to refill chronic prescriptions, get medication and refill reminders. Preliminary studies have shown that using mobile medication reminders improves adherence rates by 80-85%. Patients can e-consult a physician or other medical professional either via 1-on-1 asynchronous platform or for pediatrics, by means of real-time video conference. Currently more than 8, 000 synchronous e-Visits are done per month,  from more than 900 locations, reducing unnecessary emergency room visits by a reported 47%.

The Hybrid layer brings more medical services to patients in their homes. Some examples:

According to Clalit, applying this Hybrid-Health holistic approach alone yielded a reduction of more than 15, 000 hospitalizations days per year in a population of 74, 000 patients aged 65-85 years old with of course significant financial benefits.

The United States has colossal challenges facing its healthcare system. Obamacare will now provide explicit incentives for health providers to offer such eHealth services. Israel’s experience in digital healthcare can be a valuable reference for them, even though the fragmentation of such systems throughout the United States presently entails a hugely non-homogeneous starting point from which to begin to pull it all together, so early success is far from assured.

The Israeli success in the relatively efficient delivery of health care services to date also comes after similarly inauspicious, though obviously different, initial circumstances.  At the time of the founding of the state its original methods of delivering, substantially inefficient, health care services were often based on affiliation with individual labour organizations and these were only much later subsequently broken up by important legislative medical reforms. These started with a national insurance act passed in 1995 in favour of modern mixed state/private HMO methods of health management.  It is a tribute to the country that they have since been extremely successful,  though as in most countries huge challenges remain.