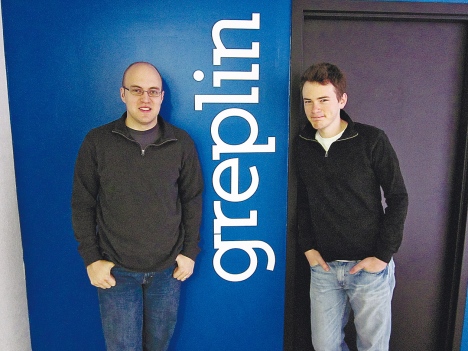 Big technology companies such as Apple, Google, Microsoft, Facebook Amazon all develop many important new technologies in-house to add to their product portfolios. Even so they frequently find they need to supplement their own efforts by making strategic acquisitions of small, or sometimes not so small, technology companies who have developed products which complement their own offerings, or which provide an accelerated path to where they want to be in a given new area of technology.

Cue, a personal assistant App co-founded by Israeli entrepreneur , is one such example, and which was recently purchased by Apple for an estimated US$40 million. Now the deal has closed, Cue reportedly shut down its website this weekend and is no longer available to outside customers. Cue’s employees have all been hired and will now all be working for Apple, reports also said.

Daniel Gross founded Cue with a partner, entrepreneur Robbie Walker, and succeeded in raising nearly US$5 million in outside funding two years ago from venture capital companies such as Sequoia Capital, Lerer Ventures, and SV Angel. The company again raised new money during 2012, this time an additional US$10 million.

The essence of the Cue application is to link user accounts belonging to a registered person and run a query search for keywords within those applications or accounts. This allows users to check what is going on in social media applications Facebook, LinkedIn and Twitter accounts without actually having to sign in and check each one individually.

The cognoscenti in Silicon Valley openly speculated over the weekend that Apple wanted Cue in order to beef up some of the personal assistant features already offered on its iDevices, i.e. the iPhone and iPad. Apple plans to expand this functionality to work more smoothly with Siri, its voice-driven command system, as well.

The equivalent experience in the Android ecosystem is provided by Google Now, which does a lot of this already for users of Gmail, Google Maps, Waze, and other Google services. Google Now presently includes all that information with its personal assistant, while Apple’s does not yet include mail or location information. Cue itself parses the web, including Gmail and other Google services, as well as Twitter, Facebook, and all other registered social media accounts, for its personal assistant information and presumably this will now be incorporated into iOS7 itself in an up-coming release to provide a comprehensive experience.

Daniel Gross was born in Jerusalem, is a graduate of the Horev Yeshiva and is an alumnus of the prestigious Eli pre-military academy. He was preparing to enlist in the IDF, but on a visit to San Francisco several years ago he participated in a program run by Y-Combinator, an investment “finishing school” for start-ups. Since 2005 Y-Combinator has funded over 550 start-ups. Catching the high-tech bug, Daniel Gross stayed on in California and eventually set up Cue. It might now be difficult for him to return to Israel indeed as his failure to enter into military service on time remains outstanding.

In this article:Start-Up, Apple Inc., Finance