Zoellick, former president of the World Bank Group to act as chairman of the International Advisors division of the investment banking group. 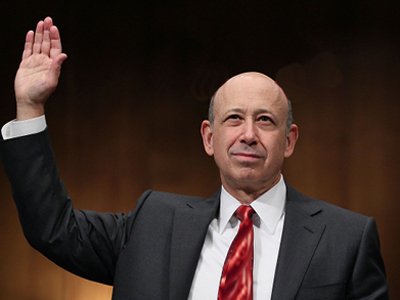 Lloyd C. Blankfein, Chairman and CEO of Goldman Sachs recently announced that Robert B. Zoellick, formerly president of the World Bank Group, will be taking up the role of chairman of Goldman Sachs’ international advisors, heading a team of sixteen, all of them based in Washington, DC.

On announcing the appointment, Lloyd Blankfein praised Zoë lick’s extraordinary knowledge of the global economy and how he has devoted his considerable talents to helping emerging economies realize more of their potential, “ His experience and judgment will be important to our clients and to our focus on helping them identify growth opportunities around the world.” The Goldman Sachs CEO summed up.

In response, Bob Zoellick expressed his satisfaction on joining Goldman Sachs, who he described as a premier firm, with superb people, and global reach. “I look forward to working with senior management and teams across the firm to help serve clients in a rapidly changing and challenging global context.” Zoellick emphasized.

Robert Zoellick concluded his five-year tenure as president of the World Bank Group in June 2012, during which time he is recognized as having completed a comprehensive recapitalization program at the Bank as well as expanding the financial capabilities to the world’s developing nations, funneling an estimated $300 billion to these nations, particularly during the financial crisis that began in 2008.

In addition, during his time at the bank, Zoellick also spearheaded a drive for the World Bank Group to increase their presence in the private sector through the foundation of their International Finance division which mobilized large amounts of sovereign wealth as well as pension funds in order to invest in developing countries of the World, in particular those in Africa.

Since stepping down from his post at the World Bank, Mr. Zoellick has been acting as distinguished visiting fellow at the Peterson Institute for International Economics as well as senior fellow at the Belfer Center for Science and International Affairs at Harvard University.

In addition to his role at the bank, Zoellick will continue to serve on the board of Singapore’s sovereign wealth fund Temasek Holdings, the Congress’s National Endowment for Democracy as well as on the International Advisory Board of the Rolls-Royce Group.

Lloyd Blankfein was born and raised in New York City. Despite his family’s fairly humble financial circumstances, Blankfein succeeded in being accepted to Harvard College, graduating with a Bachelor of Arts degree , going on to earn his Juris Doctor from Harvard Law School in 1978.

After graduating, Blankfein spent some time practicing his profession as a corporate tax lawyer in the law practice of Donovan, Leisure, Newton & Irvine based in New York. Lloyd Blankfein’s association with Goldman Sachs began in 1981, when he joined their commodities trading arm, J. Aron & Co., being transferred to their London office.

Blankfein rose steadily through the ranks at Goldman Sachs, eventually becoming CEO and Chairman in May 2006, replacing Henry Paulson who left to become the United States Treasury Secretary in the second President George W. Bush administration.

The Goldman Sachs Group, Inc. is one of the largest investment banking, securities and investment management firm on the planet, specializing in providing a broad spectrum of financial services. Their client base includes corporations, financial institutions, governments as well as some up the World’s wealthiest private individuals. Founded almost a hundred and fifty years ago, Goldman Sachs’ headquarters are in New York, although the company operates satellites in all the World’s predominant financial centers.