Daniel Doctoroff, with his wife Alisa, will be gifting the money in order to create a business leadership program at the University. 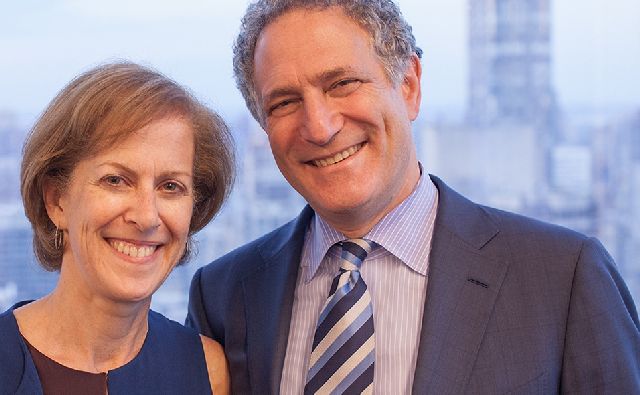 Daniel and Alisa Doctoroff, both of them graduates of the University of Chicago Law School, will be endowing a fund designed to allow the creation of the program that will combine the study of law alongside classes in business study.

The Doctoroff’s vision for the program is that it will allow the school to organize a series of core business courses for all of the students studying law at the university. Each class will be attended by no more than 15 students, who will each study according to a specially tailored curriculum, that will include advanced seminars as well as each student enjoying access to an assigned mentor whose role it will be to provide one-on-one counseling.

Announcing the Doctoroff’s donation, Robert J. Zimmer, the University of Chicago president reiterated the fact that the University has traditionally enjoyed a distinguished reputation for providing standards of schooling that transcends the boundaries of law and business. “Dan and Alisa Doctoroff’s generous gift will allow more students access to these standards, and help prepare them for effective leadership across a broad array of enterprises.” Zimmer summed up.

Responding to Robert Zimmer’s remarks Daniel Doctoroff acknowledged that throughout his career in government, in business, as an investor and a C.E.O., he has had the opportunity to work with hundreds of lawyers across a very broad spectrum. “Time after time, I’ve seen the value of lawyers who have fundamental business and financial skills, no matter their field of specialty.” Doctoroff concluded.

The Doctoroff’s initiative may have come in response to some general criticism being leveled recently which states that, not only in Chicago, but across the United States, many law schools have been lagging behind with fast-paced developments s in the legal profession, particularly relating to changes in the global economy.

Like many of its counterparts, the University of Chicago operates what is known as a dual-degree program, which allows graduate students to attend its law and business schools simultaneously. The upshot of this situation is that students virtually have to condense the equivalent of five years full-time of education into four years.

However these programs, which not only entails crippling study demands but also a requirement to pay for full tuition at both programs, making for a financial and logistics burden which is almost impossible to maintain for the majority of students.

Now hopefully thanks to the Doctoroff’s generosity, at least some of the financial cost of study will be taken off the student’s back, releasing the necessity for many to partially finance the cost of their studies.

Both Alisa and Daniel Doctoroff graduated from the University of Chicago Law School, although they met each other a few years earlier while studying at Harvard University.

Daniel Doctoroff was born in Newark, New Jersey, and brought up in the city of Birmingham, Michigan. After completing high school Doctoroff went on to study for a B.A. degree from Harvard College, graduating in 1980 later going on to earn a Juris Doctor degree from the University of Chicago Law School.

In 1984, Doctoroff began his career as an investment banker in New York City, first with Lehman Brothers, later joining Oak Hill Capital Partners, a private equity investment firm, where he went on to become managing partner.

Doctoroff left Oak Hill in late 2001 in order to join the Mayor Michael Bloomberg’s administration team taking on the post of deputy mayor with special responsibility for economic development and rebuilding.

During his term as deputy mayor, Doctoroff continued to focus on developing neglected areas of the city’s Five-Borough Economic Opportunity Plan, taking on a tremendous work load that entailed him overseeing no less than 289 separate projects and initiatives, as well as representing New York City during the complicated negotiations relating to re-development of Lower Manhattan after the devastation of the 9/11 terrorist attack.

Daniel Doctoroff left his role as deputy mayor of New York City in 2008 to take up the post of president of Bloomberg L.P, being promoted to CEO in July 201.