The  Sundance Channel Global, which Tuchman heads,  will now be available in France and Belgium following up on its warm reception in Eastern Europe. 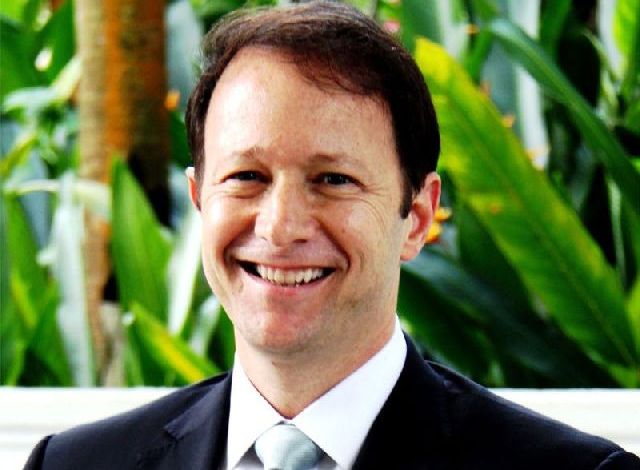 To spearhead the expansion, Tuchman has appointed Paris; French based Geraud Alazard to oversee the channel’s planned expansion throughout the continent in his role as Vice President of Marketing at Sundance Channel Global.

Alazard comes to the channel with extensive experience of the local cable television market as well as international marketing and distribution.

The appointment of Geraud Alazard comes in conjunction, with Sundance Channel’s launch of their linear network that will operate 24/ 7 on one of France’s hottest pay to view to channels, Bouygues Telecom.

The partnership between Bouygues Telecom and Sundance Global warming massive inroads on the network’s broad distribution in France through their existing arrangements with Free, Neubox, Numericable and Virgin, SFR among others. As part of the working arrangement between the two channels, Sundance will now also be available around the clock on the Belgian cable TV operator VOO/BeTV, although specifically for French-speaking audiences in the meantime.

The arrangement with VOO/BeTV now means that Sundance Channel will enjoy tremendous coverage throughout the region of Wallonia, the predominantly French-speaking southern region of Belgium.

Bruce Tuchman will be optimistic that the Sundance Channel will enjoy as much success in western Europe as they have done in the East, where enjoyed substantial growth, especially during the last few months. The Sundance Channel network has experienced considerable demand in the buoyant economy of Poland, where the network is available through a large number of pay-TV platforms, in particular Inea and Promax among a number of other local operators.

The Sundance Channel network has also been adopted by one of Hungary’s leading cable TV channels, UPC. The audience for Sundance Channel through UPC in Hungary has developed considerably thanks to have recently developed the technology which allows the Channel’s programs to be viewed both in standard definition as well as high definition on the basic tier, where it was only previously available in high definition.

The increased expansion into Europe is only a part of a Sundance Channel drive to introduce its programs across the world, having also recently launched their programs for the first time in several countries of Latin America.

Commenting on the latest expansion drive Bruce Tuchman enthusiastically pointed out that these exciting launches go a long way to reinforcing that the strong demand for the globally renowned, high quality programming exclusively available on the Sundance Channel is what the public are looking for.

Throughout North America and now Latin America and Europe, Sundance Channel have built up a tremendous following through offering their audience a wide  and engaging choice of television programs taking in award winning and locally appealing independent films and documentaries. Sundance Channel can be picked up by cable TV operators in either standard or high definition linear television channel as well as through VOD services.

In addition to the Sundance global Channel, AMC/Sundance Channel Global also operates Asian based WE TV, which is specifically for a female audience, featuring programs from leading figures in the world of food and fashion.

Bruce Tuchman was born and raised in New Jersey, going on to study at Boston University where he graduated with a degree in international relations degree.

After graduating Tuchman took some time out in the beautiful and historic coastal city of Alicante in Spain, working in the export department of a major Spanish toy manufacturing concern, to give him some experience of international marketing.

After his brief Spanish interlude, Bruce Tuchman returned to the United States with the intention of studying law, gaining his degree from Michigan University’s law faculty.

Tuchman began his professional career in New York, working in the mergers and acquisitions department of Skadden, Arps, Slate, Meagher & Flom, where after a period of time, he was transferred to the firm’s London office. While in London Bruce took the opportunity to study for his master’s degree in international relations from the prestigious London School of Economics.

After his completing his stint in the United Kingdom, Tuchman returned to New York, with a plan to fulfill his dream of utilizing his considerable experience in international law to find himself a niche working in the fast-growing international entertainment industry.

After putting out some feelers, Tuchman met up with and was eventually employed by MTV Networks, who are on the verge of launching their TV channels on an international stage and were on the lookout for a lawyer capable of overseeing the legal aspects of their expansion. Tuchman recalls being thrilled at the opportunity, particularly in the launch of MTV Asia, which gave him his first taste of the excitement of the fast-moving television business.

It didn’t  take too long before Tuchman began to climb the ladder of success, leaving MTV to become general manager of Nickelodeon Global Network Ventures disturbing promoted to the role of senior vice president of Nickelodeon New Media Ventures. It was there that developed and oversaw the expansion of Nickelodeon channels and new media projects in Europe, the Asia-Pacific region and Africa.

With this project safely completed Tuchman was on the move again this time leaving them to join MGM Worldwide Networks in 2000, where he was again responsible for expanding the company’s presence in Europe, as well as Africa and the Middle East, while strengthening their existing presence across Latin America and Asia.