Paul Maritz, CEO of Pivotal welcomes the acquisition which  he claims will increase their mobile development expertise. 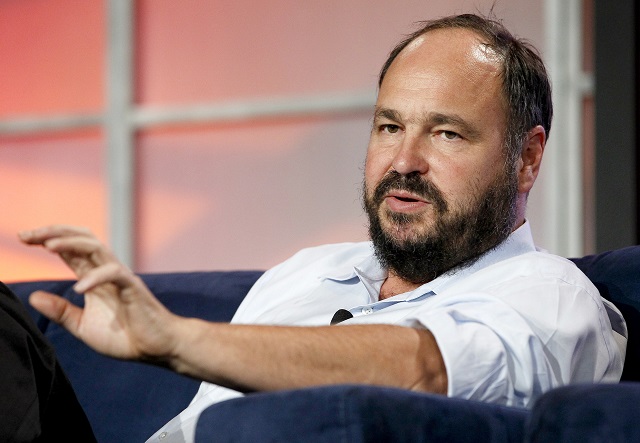 Paul Maritz, the driving force behind Pivotal, announced, after news of the acquisition broke,  that the motivation behind the acquisition is for the company to take advantage of the ever growing gap in the market, caused by companies in need of cloud-based software alternatives to handle critical data management services as well as host of other requirements.

Maritz wants Pivotal to be ready to take their share of the cloud-based application and data infrastructure software market, currently valued at around $8 billion annually, with that figure expected to double within the next four years.

To increase their presence, Pivotal, based in San Mateo, California, are believed to have paid out around $65 million in cash to acquire privately-held Xtreme Labs, with an additional sum of money that remained confidential, being set as to stock incentives for Xtreme Labs staff numbering 300.

Xtreme Labs , whose main offices are situated in Toronto, Canada but also have satellites in Paula Alto in California and New York, were founded in 2007 by Amar Varma and Sundeep Madra, while well known tech investor Chamath Palihapitiya of the Social+Capital Partnership, is a majority stakeholder in the company.

According to Paul Maritz, one of the most attractive features that Pivotal saw in Xtreme Labs was their large, talented and highly trained staff, which will be a major asset as the company strives to offer a wide range of mobile offerings for enterprise customers, under the label of “agile application development services.”

Announcing the acquisition Maritz explained that every enterprise today has to exploit the opportunities offered by mobile, requiring new ways of thinking and working, as well the need to get it right the first time and every time, in a very fast moving and competitive market.

Pivotal was established specifically by EMC to provide a cloud platform of big data and enterprise software product services aimed towards large businesses. The company’s structure comprises a number of various EMC and VMware divisions taken under the Pivotal umbrella. These divisions include Greenplum an analytics technology provider and Pivotal Labs, the software development firm.

After finishing his graduate studies, Maritz moved to the United Kingdom, working as a programmer for Burroughs, before taking up a post as a researcher at the prestigious University of St. Andrews in Scotland.

In 1981 Maritz left the windswept coastline of Scotland, for the sunnier climes of Silicon Valley to join Intel where he was to remain for five years, before joining Microsoft in 1986.

Paul Maritz was to remain at Microsoft for  fourteen years, the most dramatic in the software giant’s development, eventually reaching the post of executive vice president in charge of the Platforms Strategy and Developer Group, who were responsible for the development of Microsoft’s desktop and server software, including Windows 95, Windows NT and Internet Explorer.

Apart from his day to day responsibilities, Moritz was a member of the 5-person executive management team for many of these years, and regarded by many, both from within and outside Microsoft, to be number three in the pecking order behind Steve Ballmer and Bill Gates.

After leaving Microsoft, Paul Maritz founded and acted as CEO of the Pi Corporation, with backing coming from merchant bankers, Warburg Pincus. When Pi was acquired by the information technology conglomerate EMC Corporation in February 2008, Maritz’s services were retained, with him being appointed as CEO of VMware, a subsidiary of EMC where he was to remain for four years till late in 2012, when he was asked by EMC to take the reins at Pivotal.

Maritz’s efforts and abilities have been consistently recognized throughout industry and commerce, and he has been the recipient of the Morgan Stanley Leadership Award for Global Commerce in 2011 as well as the Business Journal’s 2011 Executive of the Year.