Mooly Eden: Start-ups are fine, but we must attract the multinationals. 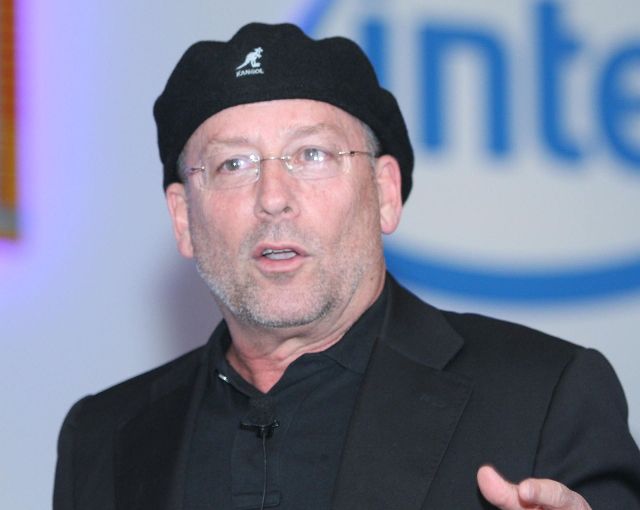 “There is stigma over the tax breaks in the Law for the Encouragement of Capital Investments. It’s unpleasant to read the newspaper every day. The newspaper does not even call to ask whether a report is right. We’ve become a country that crowns kings, and then damns them, stones them. We have no trapped profits. People don’t understand that the tax breaks are legal. Every man in the street believes that I am stealing the money. We built a fab for $4 billion. Then they began to shout and we lost the fab to Ireland. So how much should we give: a little more than a country that competes against us. We have advantages, but we also have disadvantages, like the geopolitical situation. I don’t think that too much is being given to Intel. The fact is that we lost a fab to Ireland, ” said Intel Israel president Mooly Eden, speaking on the panel moderated by “Globes” editor-in-chief Hagai Golan at the Go Global Project on Wednesday.

Bank Hapoalim chairman Yair Seroussi also participated in the panel. He backed Eden’s remarks, saying that these tax breaks were decided upon in the 1980s, when he held a senior position at the Ministry of Finance. “Times were different then; there was no money here, ” he said. “Not just a fab was built here, but a huge industry, which is successful and resulted in an economic breakthrough. The same thing happened with Teva Pharmaceutical Industries Ltd. (NYSE: TEVA; TASE: TEVA). A whole cluster of skilled and talented workers was established here. Why should we support this? Because every country wants these companies. How much? That’s a different budget matter.”

Eden said, “The book that I like the most is also the book that I hate the most -“Start-up Nation”, because we became this way thanks to our policy of encouraging capital investment that everyone now opposes; because of the immigration of one million Russians, no more of whom will arrive; and for countless reasons that won’t recur. The nation that we are today, the start-up nation, was created because of what we did in the past, not because of what we’re doing now. We’re now reaping the harvest of the correct policy of the past.”

The price of success

Both Eden and Seroussi cited exports to emerging markets as critical for economic success. “Our economy is very open, and experiences everything that happens in the world – but even more quickly. The biggest process that has occurred recently is the rise of the emerging markets. The second thing is the technology, social media, and social protest revolution. These are the two biggest movements in the world, ” said Seroussi. “Exports are critical for the economy, growth, and jobs. We’re in a world hungry for innovation, and we have huge potential.”
The world is flat and scary

“We must make unceasing efforts to be in emerging markets. To see how we become more relevant in China and Brazil, ” said Eden. “The world is flat and scary. It’s possible to move from place to place. We’ve received lethal criticism lately; how much we got and how much we didn’t get. But not a single newspaper or politician has asked why Micron decided overnight to close down its fab here and open in Singapore. Everything is flat. What once took three years now takes one year, and changes are very fast.”
Commenting on the high concentration in Israeli exports, Eden said, “A huge problem has emerged here. Israeli high-tech exports grew to $21 billion in 2012, but if Intel hadn’t doubled its exports from $2.2 billion to $4.6 billion, then Israeli exports would have fallen by 10%. That says it all. I want the small enterprises to grow, but also want the multinationals to come here. There is no choice. I want the next center of the multinational, like Microsoft and Google, to be here, not in Portugal. For that to happen, we must offer incentives.”

Seroussi concluded, “Consolidation, in exports too, is inevitable. We must join together and create groups. When it comes to exports or entering China, there is a threshold below which a company cannot do it. A company that is too small cannot enter.”