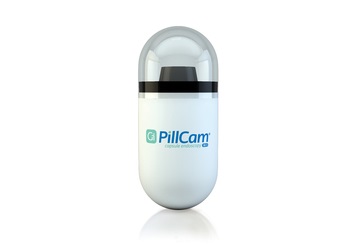 Given Imaging Ltd. (Nasdaq: GIVN; TASE: GIVN) shareholder The Discovery Group Holdings LLC, which owns 3.7% of the company, has written to the company’s board of directors urging it to implement a $50 million share repurchase and a subsequent sale of the company to a larger strategic buyer. Discovery Group claims that a sale to a strategic buyer could be expected to achieve a value of $26-30 per share. This estimate is 30-50% above Given Imaging’s closing price of $19.85 on Nasdaq on Tuesday, giving a market cap of $624 million.

“Failed execution of its business strategy, weak financial performance, loss of management credibility with investors, and an inefficient capital structure have all contributed to the company’s poor stock market performance, ” says Discovery Group partner Mark Buckley. “We no longer believe Given Imaging can attain its true intrinsic value in the public markets.

Buckley adds, “By returning excess cash to shareholders and conducting a full auction process to sell the Company, the Board will remove the execution risk that exists under the current management regime while providing shareholders with an attractive return.”

Given Imaging develops and sells a range of endoscopic diagnostic capsules for the gastrointestinal tract. It is controlled by Nochi Dankner’s IDB Holding Corp. Ltd. (TASE:IDBH). Given Imaging sought a buyer in 2012, but dropped the idea after failing to achieve the asking price. IDB has been trying to sell the company in recent months, but has yet to find any takers.

Chicago-based Discovery Group invested in Given Imaging in early 2011, citing the company’s “transformative and disruptive technology and large untapped end-markets” as reasons for its investment.

Given Imaging said in response, “The board of directors will discuss the letter and respond at a time of its choosing.”