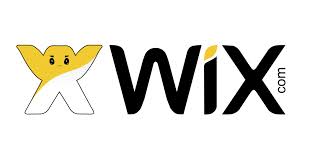 DIY website and publishing tools developer Wix.com Inc. filed papers with the US Securities and Exchange Commission (SEC) raise up to $100 million in an initial public offering.

The Israel and US based company, reveals that it has “achieved 14 consecutive quarters of sequential growth in its premium subscriptions, growing revenues from $9.9 million in 2010 to $43.7 million in 2012, while collections grew from $13.8 million to $52.5 million, respectively.

Behind its continuing growth, the company announced yesterday that it is officially headed to the public markets — the New York Stock Exchange, to be precise — under the symbol “WIX” ticker . The company, did not indicate how many shares it intended to sell or at what price they would sell them.

In June, the company filed confidential papers and a shelf prospectus to raise up to $75 million at a company value of $400 million.

Wix, founded in 2006 by CEO Avishai Abrahami, his brother, Nadav, who serves as VP R&D, and CTO Giora Kaplan, has developed an online platform for people to quickly and easily create their own websites. The company has raised $66 million to date from Benchmark Capital, Bessemer Venture Partners, DAG Ventures, DS Capital, Insight Ventures, and Mangrove Venture Capital.
Wix’s cloud-based tool, provides templates that allow individuals and businesses to build sites in HTML5 via an app market and drag-and-drop editor.

The $100 million IPO will be underwritten and managed by J.P. Morgan Securities, BofA Merrill Lynch, RBC Capital Markets and Needham & Company — with the latter two acting as co-managers.

J.P. Morgan Securities LLC and BofA Merrill Lynch are acting as lead joint bookrunners for the proposed offering. RBC Capital Markets, LLC is acting as other book-running manager and Needham & Company, LLC and Oppenheimer & Co. Inc. are acting as co-managers.