Oscar-winner Cohen will be involved in the film portrayal of Brian Epstein’s life. 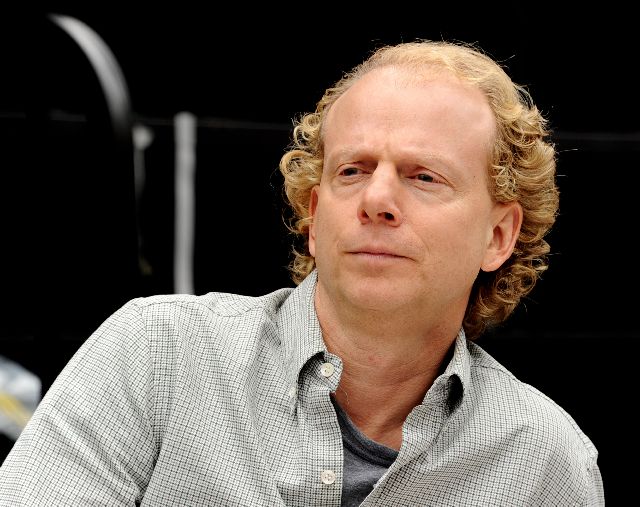 Bruce Cohen, an Academy Award for Best Picture for “American Beauty” in 2000 has been signed up to co-produce “The Fifth Beatle, ” which will be a  film adaptation of the soon to be released novel, written by co-producer Vivek Tiwary, on the life of the late and legendary manager of the “Fab Four”

Cohen will be working in conjunction with Vivek Tiwary in producing the film, which is slated to be the first   Beatles feature film to include clips of the legendary pop group performing some of their classic songs of the sixties. Vivek Tiwary will be writing most of the screenplay for this eagerly awaited bio-picture.

The Fifth Beatle will detail the rise of the Beatles as well as Epstein part in molding them into the best-known and most successful pop group, responsible for the pop revolution of the sixties which changed the music industry forever.

Brian Epstein famously recalls that  the first time that he saw the Beatles, appearing in the famous Cavern Club in Liverpool during the early 1960s he knew that they were something special, and determined, within a matter of moments, that he would their manager.

In a famous interview Epstein was quoted as saying that he was immediately struck by their music, their beat, and their sense of humor on stage – and, even afterwards, when he met them,  he was struck again by their personal charm.

After signing to become the manager, Epstein relentlessly plucked the group eventually succeeding in persuading EMI records to record them. And the rest, as they say, is history. History that Bruce Cohen will be given the undoubted responsibility to present to the world of cinema,  after considerable efforts in the past which have failed.

As well as Cohen and Vikary’s undoubted talents, the Fifth Beatle will enjoy the distinct advantage of being able to use four of the Beatles classic tracks in the movie. This breakthrough is thanks to the persuasive skills of the” Fifth  Beatle’s” director, Ryan White.

White received the green light from the two surviving Beatles, Ringo Starr and Sir Paul McCartney, as well as the estates of the late John Lennon and George Harrison for the unprecedented gesture which is bound to add a lot of credibility to the movie.

According to initial reports two of the tracks that will be used will be” Love Me Do”, the first Beatles single to hit the charts and the other “I Saw Her Standing There” – one of their first number one hits.

After the announcement of his appointment as co-producer, Bruce Cohen issued a statement that he was thrilled to be joining Vivek to help bring the extraordinary true story of Brian Epstein to the screen. “The combination of Vivek’s powerful script, Brian’s fascinating and complicated life and the unprecedented ability to use the Beatles’ original songs should make for a truly phenomenal film.” Cohen summed up

In response Tiwary, who has  been the recipient of three Tony awards for  “American Idiot, ” “The Addams Family, ” and “The Producers” with Mel Brooks, confessed that he had been  researching and developing ‘The Fifth Beatle’ for more than half my life, and it was  a true labor of love! “ I’m confident that the next stage in telling Brian Epstein’s story is in extremely capable hands with Bruce, whose sensibilities and talents are simply perfect for ‘The Fifth Beatle, ‘” Tiwary went on to point out

The film is due to begin production in early 2014.

Bruce Cohen was born and raised in Falls Church, Virginia. Cohen graduated with a Bachelor of Arts degree in Film Studies from Yale University in the early nineteen eighties.

Working as a Directors Guild of America trainee, Cohen got his first taste of film production in the close proximity  to the master, Steven Spielberg, working on the set of the Oscar-winning “The Color Purple, ” later going on to the role of associate producer and first assistant director on another Spielberg production “Hook.”

As well as winning the Best Picture Oscar for producing American Beauty, Cohen has also earned Best Picture nominations for his work on Milk and Silver Linings Playbook.

American Beauty won a total of five Oscars, as well as the Golden Globe, British Academy of Film and Television (BAFTA), and Producers Guild of America (PGA) awards, while Milk, directed by Gus Van Sant, was nominated for eight Academy Awards and won Oscars for Best Actor and Best Original Screenplay

Bruce Cohen is also active in the world of television, as executive producer of the ABC series Pushing Daisies.

In this article:Liverpool, Finance, The Beatles, John Lennon