Ms. Bettencourt, reputed to be the world’s richest woman, will discover if Nestlé make good on their threat to unload their 29 per cent stake in the cosmetics company founded by her father more than a century ago. 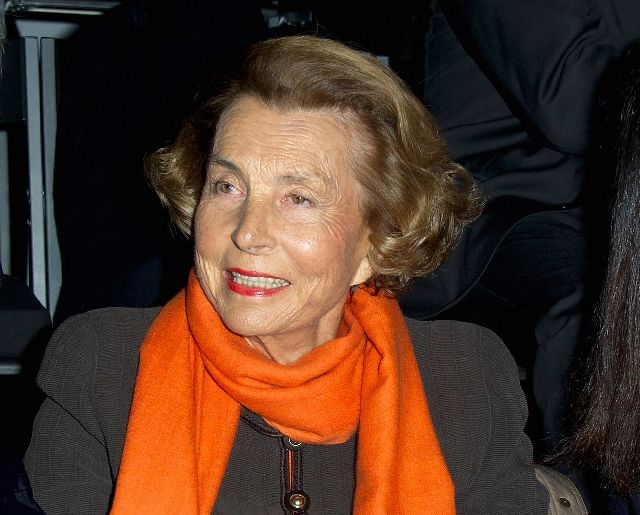 Next week is liable to be fairly fundamental for the L’Oreal, the French cosmetics producer and Liliane Bettencourt, once its iconic head and now at the ripe old age of 90, far from being involved in the day-to-day running of the company.

However it was in Ms. Bettencourt who somehow succeeded in persuading the normally reticent Nestlé   to take a 29% stake in L’Oreal almost 40 years ago.

Nestlé   who started off as chocolate manufacturer 140 years ago have diversified considerably in recent years, and now produce a wide range of food and nutritional products. However, despite the fact that Nestlé   have enjoyed a considerable return on their investment, with L’Oreal’s stock returning average yields of 15% annually, and often more, the company chairman at Nestlé  , Peter Brabeck, Nestlé ’s chairman, has been sending out some strong indications in recent months that the company are considering diluting their stock holdings in the company.

The situation at L’Oreal, one of Europe’s largest companies in the cosmetics sector, and among its most profitable, has been made increasingly more complicated, because of Liliane Bettencourt’s exceptional longevity. One of the largest stumbling blocks to any continuation of Nestlé’s stock holding is a clause in the agreement made between the companies in 1974, which forbids Nestlé from increasing their stake in L’Oreal until six months after Ms Bettencourt’s death. Which doesn’t look like happening any time soon.

Ms Bettencourt is a 30.5 per cent shareholder in L’Oreal, although her shares have been held under the trust by members of her family for the last two years, after a court decision that the elderly patriarch be relieved of  the responsibility of managing her own financial affairs, in particular the estimated €25 billion ($33.7 billion) in shares that she holds in L’Oreal..

There was a general consensus on the European business scene that eventually, and probably in stages, Nestlé would gradually acquire the rest of L’Oreal, paying out an estimated €60 billion ($81 billion) to pick up the remainder of the shares in L’Oreal.

However over the years, the scent of L’Oreal appears to have become a lot less appealing for Nestlé  , surprising many financial analysts, as the perfume manufacturer’s fortunes have been faring considerably better than those of the chocolate producers, – by rates of 6 .5% a year for L’Oreal, compared to 4.5% at Nestlé  .

If Nestlé   decides to take what appears to be the illogical step of selling their shares in L’Oreal, then a share buyback seems a very likely option, with the cosmetics concern’s CEO Jean-Paul Agon hinted that they have both the financial capabilities and the willingness to buy out Nestlé  .

For the L’Oreal, there would be considerable attractions in bidding “au revoir” to Nestlé  , rather than introducing another party or parties to the current, and complicated, scenario, as well as likely raise earnings per share between fifteen to twenty per cent over the coming years.

Liliane Bettencourt was born in Paris, France, the only child of Louise and Eugene Schueller. Eugene Schueller was the founder of L’Oreal, which grew to become among the world’s largest cosmetics and beauty companies.

When she was aged just fifteen, Liliane began her career at L’Oreal, working as a lowly apprentice, where her daily duties including mixing cosmetics and attaching labels to shampoo bottles, gradually learning the secrets of the perfume industry and the world of business, rising eventually to become deputy chairman of L’Oreal.

In 1950 Liliane married a rising French politician André Bettencourt, who went on to serve as a cabinet minister in French governments during the nineteen sixties and seventies. They couple only had one child, a daughter, Françoise, born in July of 1953.

In 1957 Eugene Schueller passed away and Liliane Bettencourt inherited L’Oreal in its entirety, taking the company public in 1963.

Although Ms. Bettencourt is no longer active in the company, her daughter Françoise and son-in law, Jean-Pierre Meyers as well as her grandson Jean-Victor Meyers all sit on the board of L’Oreal and have considerable shareholdings as well as power of attorney over Ms. Bettencourt’s shares.

Based in Neuilly-sur-Seine, France, the Bettencourt Schueller Foundation is still very active, funded by around of €15 million annually, and sitting on assets of €150 million.

Every year the “Liliane Bettencourt Prize for Life Sciences” awards a prize of €250, 000 to support research in the field of life science. The recipient of the prize must be based in mainland Europe and be under 45 years old. The Bettencourt Schueller Foundation recently provided funding for the new Monet wing at the Musée Marmottan Monet.

In this article:France, Paris, Finance