Intel or Qualcomm has reportedly become a strategic investor in the touch screen developer’s new $20 million financing round. 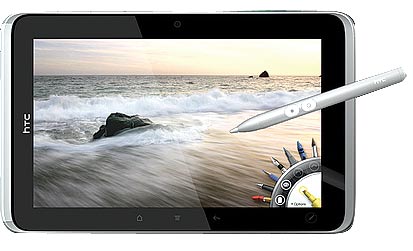 Touch screen technology developer N-trig Ltd. is trying to close a new investment round, after already raising more than $105 million. As the man-computer interface arena is heating up, more strategic investors are expected to invest in N-trig. Intel Corporation (Nasdaq: INTC) or Qualcomm Inc. (Nasdaq: QCOM) are reportedly participating in the new financing round, estimated at $15-20 million.

Current N-trig investors are also expected to participate in the round, including Evergreen Venture Partners, Canaan Partners, Pujo Zabludowicz’s Tamares, the Mariner hedge fund, and private investors. The company has also obtained a loan from Plenus Venture Lending Fund and a strategic investment from Microsoft Corporation (Nasdaq: MSFT).

N-trig was founded in 1999 by Meir Morag. Two months ago, Dan Inbar succeeded Amihai BenDavid as CEO. N-Trig held its last financing round in early 2011, when it tried to raise $30-40 million. It failed to raise the amount, and focused on changing its strategy to supply touch pens in addition to full touch screen systems.

The touch screen market is very crowded, which is why N-trig’s success in the late 2000s is not reflected in its current operating and financial performance. Although sales rose from $80 million in 2011 to $90 million in 2012 (according to IVC), it has not been able to achieve profitability, and it must therefore make a strategic change. The company’s DuoSense touch pens are integrated with Ice, Lenovo, HP, Dell, and Sony laptops.

Chipmakers in the consumer market are trying to expand from their core businesses and the computer interface market has a central role in these efforts. In the past year, Intel has been focused on a range of investments, participating in financing round or acquisitions of companies developing alternative access to computers; i.e. not by mouse or keyboard. Intel has acquired two Israeli companies, Invision Biometrics and Omek Interactive. Qualcomm acquired some assets of Israeli company EPOS Development, which developed ultrasound technologies for pen, stylus and gesture recognition input solutions.

Intel’s interest in the market is especially prominent. Last July Intel Capital announced that it had set up $100 million fund dedicated to investment in perceptual computing experiences in order to speed up software development and applications of natural interfaces in the computer environment. Three weeks ago Intel announced that as part of its annual conference for developers of the new family of Quark processors, designed among other things for computer wearable accessories such as the Recon Jet spectacles made by Recon and its rival Google Glasses.

The motivation for Intel and other strategic investors to become involved in N-trig is clearly reflected in the numbers published six months ago by Gartner. The control and management of contact interfaces with computers is expected to grow from $2.7 billion annually to $3.5 billion in 2015 with a 30% rise in the number of units being sold.
Intel and N-trig declined to comment on this report.
Published by www.globes-online.com