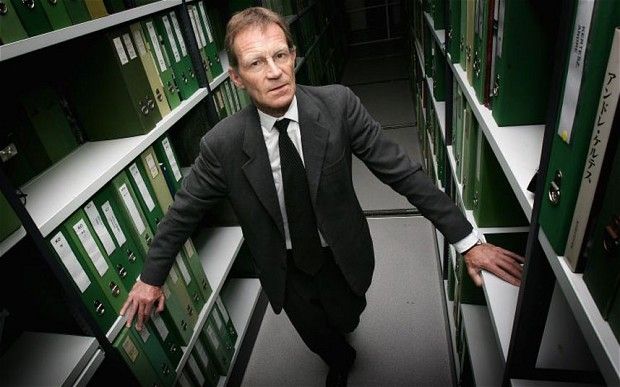 Sir Nicholas Serota took a trip deep into the English countryside this weekend, heading for the rural setting of the Lewes District of East Sussex, and the village of Ditchling where he pronounced the Ditchling Museum of Art + Craft officially open.

The Ditchling Museum of Art + Craft has undergone a complete redesign as well as being considerably extended, while all of the building’s rustic ambience has been masterfully retained by the architects involved in the project, Adam Richards.

Much of the funding for the project came from a UK Heritage Lottery grant, with the balance coming from various trusts and foundations as well as some generous donations from British patrons of the arts with Sir Nicholas Serota believed to be included.

The theme of the revamped Ditchling Museum of Art + Craft will be to explore the rich artistic heritage of the village in which it is situated, which became a haven for a large group of the United Kingdom’s most creative artists and craftsmen in the early part of the 20th Century.

The design of the revamped Museum, incorporating a wide range of natural materials overlooks some typical green and pleasant countryside. First impressions of the new medium for visitors will be the beautifully restored 18th century cart lodge that dominates the building’s entrance, continuing a traditional English tea room and village store. Considerably extended exhibition space has been carefully added on to the original Victorian building, formerly the local school, which originally housed the entire collection of the museum. Total costs of the museum’s redesign were £2.3 million ($3.5 million)

the official opening of the new building captured the attention of not just the UK media but also from all over the world, with much of the intention being on the fact that Sir Nicolas have given a part of his weekend to not just attend the ceremony but to perform it, in recognition not only of the famous artists whose works are displayed at the museum, a number of whom were founding members of the Guild of St Joseph and St Dominic, but also the people behind the original museum project Hilary and Joanna Bourne, which first opened its doors in 1985.

Thanks to the new extensions and renovations, the Ditchling Museum of Art + Craft will be capable of tripling the number of anticipated annual visitors to 12, 000 a year.

Sir Nicholas Serota was born and raised in the suburb of Hampstead in North London. After completing high school at the Haberdashers’ Aske’s School, Serota went on to study Economics at the University of Cambridge (Christ’s), before deciding to switch to History of Art. After graduation Nicholas went on to complete his Masters degree at the Courtauld Institute of Art, University of London.

After graduation and a brief spell as chairman of the new Young Friends of the Tate organisation, Nicholas Serota was employed by the Arts Council of Great Britain’s Visual Arts Department as a regional exhibitions officer. Just three years after joining the Arts Council, Serota was to move on, being appointed Director of the Museum of Modern Art, and the University City of Oxford. It was during his spell at Oxford that Serota was to form a long-running working relationship with Sandy Nairne, with the pair working together on significant projects over the course of forty years.

In the mid-nineteen seventies, Serota was appointed to the role of director of the Whitechapel Gallery, situated in London’s unfashionable East End. The Whitechapel Gallery has been operating for a number of years but traditionally suffered from a lack of resources. Five years after taking up his post as director, and working closely with Sandy Nairne, Serota succeeded in organizing a mold breaking exhibition under the title of 20th Century British Sculpture, which was so large that there had to be split into two separate parts. The exhibition was a tremendous success and run for a number of years, generating sufficient income to pay for a complete refurbishment of the aging and crumbling building in which the Whitechapel Museum was housed.

During the years 1984 and1985, Serota closed down the Whitechapel Museum to allow for extensive refurbishment of the original building as well as a considerable extension on adjoining land which had been purchased specifically for the purpose.

To cover the considerable costs of the project, Serota arranged large-scale auction, with many of the items of art being auctioned having been donated by some of the UK’s leading artists. So successful was the auction, that not only paid off all the costs of construction but also less some money in the kitty to an endowment fund, that would allow future exhibitions from the UK’s rising generation of artist, most of whom would find it difficult if not impossible to find a  commercial sponsor, without public exposure.

According to many followers of the UK art scene, it was Serota’s adeptness at running the Whitechapel Museum and bringing it to the public’s attention that led to his appointment to be the next Director of the Tate Gallery in 1988.

Now 15 years and one Knighthood later, Sir Nicholas Serota has triumphed in molding and shaping the Tate Gallery into being what is generally regarded as the most important museum of modern art in the world, attracting more than four million visitors every year.

In this article:Finance, University of Cambridge