Ecko is a co-founder and partner Complex Media is a multimedia platform made up several digital publications geared toward modern living and lifestyle for young males. 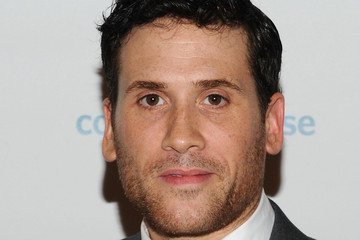 Marc Ecko ‘s Complex Media which first began broadcasting in 2002, has grown into a digital empire, which according to Google Analytics, (and who should know better than them) receives more than 90 million unique visitors in July alone close to 1 billion views. Interestingly around 30% of total site traffic was generated through the various social platforms.

And now Complex Media are due to take a significant leap forward thanks to a $25 million investment,  from the Iconix Brand Group, the prominent brand management and licensing company which Marc Ecko also owns.

Announcing the investment Complex Media stated that they intend to take advantage of the capital infusion to build upon their current accelerated growth,   through the expansion and range of its content, particularly in the use of streaming video, which will demand increased focus on Complex developing their own in-house  multi-platform content management system using the latest in cutting edge technology.

Additionally Complex Media intend to take advantage of the huge following they have gathered, particularly in the last few years, to launch an e-commerce platform, selling a wide range of products geared towards the “Millennium Man” through the site.

Marc Ecko’s extensive experience in consumer marketing will undoubtedly come into play with the latter stage of Complex Media’s expansion plans, in his role as founder and CEO of Iconix Brand Group, who own, operate, market and license a considerable portfolio, numbering more than thirty consumer brands, many of which will specifically should the profile of the Complex Media audience, young men who came of age at the beginning of the millennium.

Speaking of the forthcoming tie up with the Iconix Brand Group, which until now have treated us to completely separate entities, Marc Ecko expressed his enthusiasm about this next phase for Complex Media, and especially that Neil Cole currently the CEO of Iconic’s will be joining the board at the company, stating that Cole’s guidance and experience could become a major game changer.

Thanks to the exceptionally strong traffic growth that Complex Media has been experiencing, the company has already embarked on significantly expanding their workforce, which now numbers 218,   an increase of 40% from the same period last year, with a quarter  of them involved purely in the editorial and content department.

Ecko, his- cofounder at Complex Media, Rich Antoniello who acts as CEO, and Neil Cole will now from the board of the company.

As far back as  his teenage years, Ecko showed a penchant for design and entrepreneurship,   turning his parents’ garage into a design studio and showroom, where he designed and marketed T-shirts, as well as customizing some bizarre styles of “hip-hop” fashion which he sold to an appreciative local audience.

After completing high school Ecko was accepted to Rutgers University’s School of Pharmacy, although Marc continued to nurture his creative instincts, dabbling in drawing, which he marketed under his alias of “Ecko”.   By his third year at university, Marc had dropped the Milecofsky surname preferring to be known as Marc Ecko. It was also during that year that the school’s dean pulled Ecko aside and suggested, despite his relative success as a student, that he should take the year’s semester and develop his undoubted talents as an artist and clothing designer.

The dean’s advice proved to be particularly healthy as Ecko never returned to pharmacy school. Instead, in 1993, Marc formed  eckō UNLTD as a T-shirt company, thanks to talk in some investments from his friend Seth Gerszberg  and his sister Marci.

Marc took some time out to travel to Hong Kong to further his education in the clothing industry. Returning to the United States, Marc began to market his eckō UNLTD T-shirts to a tremendous reception, eventually expanding his range into hip-hop and skater styles very much the rage at that time. It was also then that eckō UNLTD indulged himself in his interests in the rhinoceros, by making it his company logo.

Since those early days eckō UNLTD has evolved into becoming the  Iconix Brand Group,   a billion-dollar lifestyle company, marketing clothing and accessories across a full fashion spectrum.

In addition to his interests in Complex Media and the Iconix Brand Group, Marc Ecko is also founder of Artists and Instigators, a venture innovation company, as well as being a partner at SeventySix Capital, an early-stage venture capital fund.

Ecko also sits on the Board of Directors of the Council of Fashion Designers of America (CFDA), being too date the youngest designer ever to receive this honor.

Marc Ecko also finds the time to be involved in a number of philanthropic activities, particularly children in need throughout the world, with Ecko particularly providing much-needed funding for an orphanage in Odessa, Ukraine.

Continuing his love and interest in his favorite animal, Ecko also gives up some of his time providing support for the global rhinoceros population, an endangered species.

In this article:Fashion & Cosmetics, Finance