Rubenstein recently announced that he will be donating an  additional $5 million to the Library of Congress National Book Festival, meaning his total support for the free public event will reach  $10.3 million. 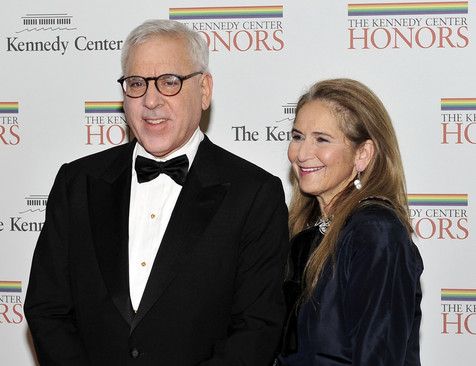 As the second  days  of  the Library of Congress National Book Festival held on the National Mall,   David M. Rubenstein waylaid any fears for the future of the event by announcing that he will be donating the additional sum of $5 million to support the event.  Rubenstein’s donation will be spread out over the coming five years at

Announcing his decision to continue to support  to the  Library of Congress National Book Festival,  Rubinstein stated that the event  is a much-loved occasion not only for the people of Washington but through the state and has brought the joy of reading to hundreds of thousands of people.. “It allows them to meet authors in person, discover new books and explore new genres, and it makes reading exciting for children – an uplifting way to provide them with a crucial skill for living.” Rubenstein summed up

The Rubenstein gift helps to ensure that the popular event,  totally dependent on funding by sponsors,  should be able to continue for the foreseeable future.

This year’s festival, which attracted an audience of more than more than 200, 000 book lovers included lectures and book-signings by 112 of the United States better known authors, poets and illustrators.

During 2012 David M. Rubenstein also donated the sum of $1.75 million over five years in support of a set of awards administered by the Library of Congress.  These awards recognize organizations, both in America and around the world, whose mission it is to solve the world problem of illiteracy.

The United States Library of Congress  is  the nation’s oldest federal cultural institution, and regarded as preeminent reservoir of knowledge in the world.

Just last month David M. Rubenstein provided the finance to bring three female elephants from the flood damaged Calgary Zoo in Canada, to the Smithsonian National Zoo in Washington DC with their arrival expected in the spring of 2014.

David Rubenstein was born and raised in Baltimore, Maryland.

Rubinstein graduated from Duke University in Durham, North Carolina before going on to earn his law degree at the University Of Chicago Law School.

After graduation Rubenstein went on to practice law with Paul, Weiss, Rifkind, Wharton & Garrison in New York, later becoming domestic policy advisor to President Jimmy Carter during the late seventies. After Carter lost his seat to Ronald Reagan , Rubinstein established in his own private law practice , before  going into partnership with William E. Conway, Jr. and Daniel A. D’Aniello  to form Carlyle in 1987.

Rubenstein is estimated to have a net worth of $3.0 billion, and is recognized as being a member of the Giving Pledge, a group of wealthy Americans  who have pledged to donate more than half of their wealth to philanthropic causes or charities during their life will time.