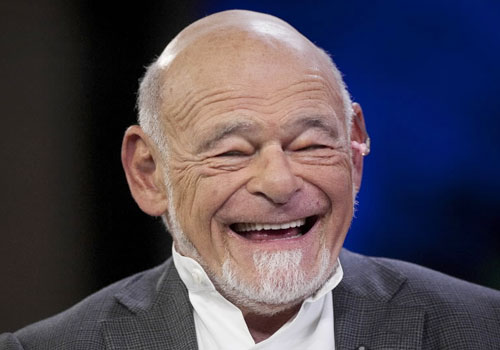 Shareholders of the Tribune Company who sold their shares in the 2007 leveraged buyout led by real estate mogul Sam Zell won a case in court yesterday that protects them from being sued twice in that transaction, which was blamed by creditors for the media company’s subsequent bankruptcy in 2008.

A federal judge in New York, Judge Richard Sullivan, yesterday ruled that creditors of the Tribune Company who lost money when it went bankrupt cannot pursue their lawsuit to recover money from the proceeds that shareholders received when they sold to the Zell led group, because another case is already pursuing the same claims.
The leveraged buy-out of the Tribune Company in 2007 was for US$8.2 billion. The Tribune Company was a hodge-podge of media assets, including however two famous newspapers, Chicago Tribune and the Los Angeles Times.

To close the deal Zell put up US$300 million of his own money as part of a group of institutional investors which then borrowed the rest. A key feature of the transaction was an arrangement with a stock ownership plan for the companies employees who also were part of the deal, and whose portion was effectively non-taxable assuming the company ever made a profit.

A year later the deal went south when three converging trends collided at once. First, a pre-recognized estimated secular decline in newspaper revenues and then the systemic financial collapse that brought serious recession to the United States and the world. In addition, an actual acceleration of the trend to the internet was the last straw that subsequently put the company into bankruptcy in 2008 owing some US$13 billion at the time. Tribune Company only last year in december 2012 finally emerged again from bankruptcy, as a shadow of its former self.

Zell himself lost his entire US$300 million and has moved on, without further liability, bloodied but un-bowed, and not really apologetic either – some deals work out and some don’t, and for him that is likely sufficient explanation. On can say they really did their best but in the end it just couldn’t survive the cataclysmic changes that were taking place to its environment.

That is small comfort to the many creditors of the company though, who lost a great deal of money when it went bankrupt and they sued whomever they could, including the former owners of the business.

The Theory of Fraudulent Conversion

There is a legal principle in the United States known as “fraudulent conversion” that states, in a highly simplified way, that if you own something and sell it knowing it to be insolvent at the time, including because of debt known to be excessive directly incurred to finance the sale, such as in a leveraged buy-out, and of which you are the direct beneficiary because that is how you got paid for your shares then you also have a measure of responsibility for the bankruptcy and redress can be sought against you by creditors who are out of pocket. That is a very long version of the theory which is very elegant. The short version is much simpler, crudely put it is just “go after the money, and the deepest pockets here obviously are the ones who got paid out the USS$8.2 billion.”

While the Tribune has since emerged successfully from bankruptcy in December 2012, potential legal troubles for former Tribune stockholders may still lie ahead even after yesterday’s ruling. Judge Richard Sullivan dismissed the cases by individual creditors in this case only because of the similarity to another lawsuit filed earlier by a trustee working on behalf of creditors from the Tribune bankruptcy.

The theory of fraudulent conversion in this case may therefore still be tested here when this alternative suit eventually advances further. However there is one additional wrinkle to consider, as there often is, and that is this: when a closely held private company sells its shares to someone else then it is safe to say that its shareholders are fully knowledgeable about what is going on, and presumably may be able to be judged about the consequences of how such a sale is being financed by a purchaser – and at the very least they can ask the question as part of their selling due diligence precisely for these kinds of reasons.

When a public, non-controlled, company such as the Tribune Company was, with literally thousands of shareholders, is sold almost all the shareholders are typically very far indeed from the deliberations and can have no knowledge of anything that is happening other than to sign on the dotted line and expect their board of directors to do their jobs. It is quite another thing therefore to hold such public shareholders to be liable for anything remotely held to be fraudulent conversion.
How the case comes out therefore will surely present some light on these issues, which have not been tested for a long time, though there is at least one other similar case presently pending relating to the bankruptcy, for possibly similar reasons, of Lyondell Chemicals.