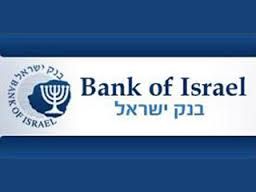 –
Yesterday the Bank of Israel cut its key short term interest rate by 25 basis points to just 1%, citing continued low inflation below its 2% ongoing annual target and concerns about the impact of the recently strengthening shekel on the nation’s export competitiveness.

The move was certainly not expected by analysts, who thought nothing more would be done until a new Governor of the Bank is appointed. The Bank of Israel is caught between a rock and a hard place, however, and is presently without a firm hand on the tiller until local politicians cease their squabbling and a new Governor of the Bank is finally installed – after two failed attempts to date to appoint someone collapsed in embarrassment.

However life goes on, and with the continuing of quantitative easing in the United States, or at least the failure to implement an anticipated tapering off of its effects, the US dollar has lately again become weak, leaving the shekel to become over-valued as a currency and certainly excessively so for the domestic economy.

Therefore one of Acting Governor Dr. Karnit Flug’s final policy interventions was to summons a Monetary Committee that recommended this new step.

In 2013 the shekel has appreciated nearly 7%, and recently reached a 2 year peak. Today it is trading at just 3.53 to the US dollar, even after the cut.

The Bank of Israel’s research department has also revised its projections for Israel’s economic prospects, cutting its growth forecast for 2013 to 3.6% from its previous forecast of 3.8%, largely due to slower growth in consumption. Excluding the effect on GDP of natural gas production from the first of Israel’s new offshore gas fields, the Tamar well, it expects growth of 2.6%. Conversely the bank’s research department raised its growth forecast for 2014 to 3.4% from 3.2%. Excluding natural gas production, the growth rate is projected at 2.7%.

With parts of the world still struggling to shake off recession these are still respectable numbers, another reason for foreign investors to favour the shekel. Remember Israel has now enjoyed continuous economic growth for ten years straight, since emerging from the very difficult recession of 2002 – albeit at sometimes tepid growth rates. However, given the need to support local industrial production whose, often older, workers cannot easily or quickly be retrained into alternative high tech jobs the Bank of Israel’s action is understandable. Indeed in today’s world of “zero bound” interest rates with no fear of inflation it may not even be the last word. Those economists who bleat about the perils of inflation and want to raise rates again are in some ways completely self-flagellating theorists as there is no evidence of inflation anywhere in sight, except for the important real estate markets.

Impacts of the new rates on the mortgage and real estate market have been insulated though by recent direct regulatory interventions the bank has taken with new rules to restrict the issuance of new mortgages. However israel remains chronically short of constructing enough housing for its people, and so pressures on pricing in this market will remain, foreign investors will continue to buy here as a preferred destination with their own money, and eventually there may be spill-over into inflation as well. The Government of Israel is 100% guilty here in its failure to stimulate housing construction for young people by the release of more land to the market and the encouragement of strong construction companies who can deliver what is expected of them.

Finally, a strong signal the Government of Israel needs quickly provide to the markets is for them to activate the country’s new Sovereign Wealth Fund, the legislation for which is already in place. At the moment this is paralyzed through squabbling between the Finance Ministry and the Bank of Israel over how it should be run, which won’t go away either until after the appointment of new Governor of the Bank is announced and the new man takes up the reins.

The three current candidates still in the running for the job include Professor Zvi Eckstein, Professor Mario Blejer and business man and former bank official Victor Medina, though Prime Minsiter Bibi netanyahu and Finance Minister Yair Lapid are thought to be deadlocked over which one to choose. One can imagine this will be cleared up after the current round of holidays is over, in the next week or so, as the need is urgent.

The impact of such a sovereign wealth fund is as much psychological as real, as it will indicate the determination, or otherwise, to sterilize the local economy from offshore natural gas and oil windfalls – nobody wants to end up like Venezuela. Since most of the impacts of Central Bank interventions and monetary policy are also substantially psychological in the way they work in moulding investor expectations, but are effective none the less when well executed, this is not an argument against but in favour – it ranks right up there with interest rate policy itself.

In this article:Bank of Israel, Finance