The   $10 million gift , for  the University’s Center for Watershed Sciences will allow them to expand their research into finding solutions to the state’s water management challenges. 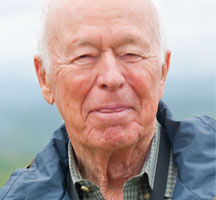 Thanks to a $10 million gift to its Center for Watershed Sciences, the University of California, Davis is in  a strong position  to maintain its status as a global center specializing  in problem-solving research, and will be in a position to use all of their facilities and knowledge to help solve California’s critical water issues

The gift , from the  Foundation, will enable the Center for Watershed Sciences, to expand its scientific research on  how to solve the state’s increasingly difficult water problems particularly drinking water safety and reliability, flood protection, agricultural production , hydroelectric power, among a number of other important issues.

The State of California has been forced unprecedented challenges  for a number of years on how to best manage its insufficient water supply, whilst  maintaining the health of its freshwater supply, in the face of unprecedented growth  in the state’s population as well as a recovering economy grows.

Conflicting demands for  water have increased water scarcity, as well as halting the depreciation in  water quality will require the finest minds in the water industry to find a long term solution for an increasingly exacerbating problem.

The San Francisco-based S. D. Bechtel, Jr. Foundation have made their decision to provide valued financial support to  the Center for Watershed Sciences, whom they believe  is in a strong position to address these water management challenges, thanks to the body’s independent, creative and multidisciplinary approach to watershed science and policy.

Stephen D. Bechtel  Junior,  who established  the foundation, has wholeheartedly provided his support in the  belief that California can meet the water needs of its cities, farms, and ecosystems, as long as the challenges of efficient water management is maintained through timely  research, grounded in best practice, and enabled by sound policy.

Lauren Dachs, president of the  Stephen D. Bechtel Jr.  Foundation confirmed  the Foundation’s satisfaction is being able to partner with UC Davis in order  to help  develop solutions to California’s multifaceted water challenges.

The gift from the Stephen  D. Bechtel, Jr. Foundation is part of the university’s first comprehensive fundraising campaign, under the name of the Campaign for UC Davis, whose goal it is  to raise $1 billion from a total of  100, 000 donors in order to maintain UC Davis’ excellence in scholarship, research and public service.

From their headquarters in the heart of the  financial district of San Francisco, Bechtel controls a global conglomerate, employing more than 52, 000 people. The company owns and operates power plants, oil refineries, water systems, and airports in close to thirty  countries including the United States and the United Kingdom.

Under the supervision of the firm’s founder, Warren Bechtel and his son Stephen, Bechtel was one of the leading contractors involved in the building of Hoover Dam during  the nineteen thirties. Since then the company has been involved in numerous, large scale  construction projects, including oil refineries and nuclear power plants.  Some of the largest and most challenging projects that Bechtel has been involved in in recent years have been the complete restoration  of the conflict ravaged civil infrastructure of Iraq funded by the United States Agency for International Development (USAID), as well as the transportation and installation of more  than 35, 000 trailers and mobile homes for the homeless victims of  Hurricane Katrina in 2005.

iley P. Bechtel, great grandson of the founder Warren Bechtel, today serves as the Chairman and Chief Executive Officer of the Bechtel Corporation, as well as helping his father Stephen  D. Bechtel, Jr in administering  the foundation that he established.

Riley P. Bechtel  received his  bachelor’s degree in Political Science and Psychology from the University of California, Davis later going on to gain a Juris Doctor degree and a Master of Business Administration degree from Stanford University in 1977.

After being  admitted to the State Bar of California in November 1979 , Riley Bechtel went on to practice law with  Thelen, Marrin, Johnson & Bridges in San Francisco.

Riley left Thelen, Marrin, Johnson & Bridges 1981, to join  Bechtel, eventually going on to become became chairman of the company in 1996, when his father stood down.

With an estimated worth of over $5.5 billion, Riley Bechtel regularly figures among the top 200 wealthiest people in the U.S. as well as being in  the top 500 in the world according to Forbes Magazine

The University of California, Davis, generally referred to as  UC Davis has been involved in teaching, research and public service for more than a century.   UC Davis has more than 33, 000 students, more than 2, 500 faculty and more than 21, 000 staff and an annual research budget of close $750 million distributed amongst 13 specialized research centers.  UC Davis is well known for its  research  in Agricultural and Environmental Sciences.