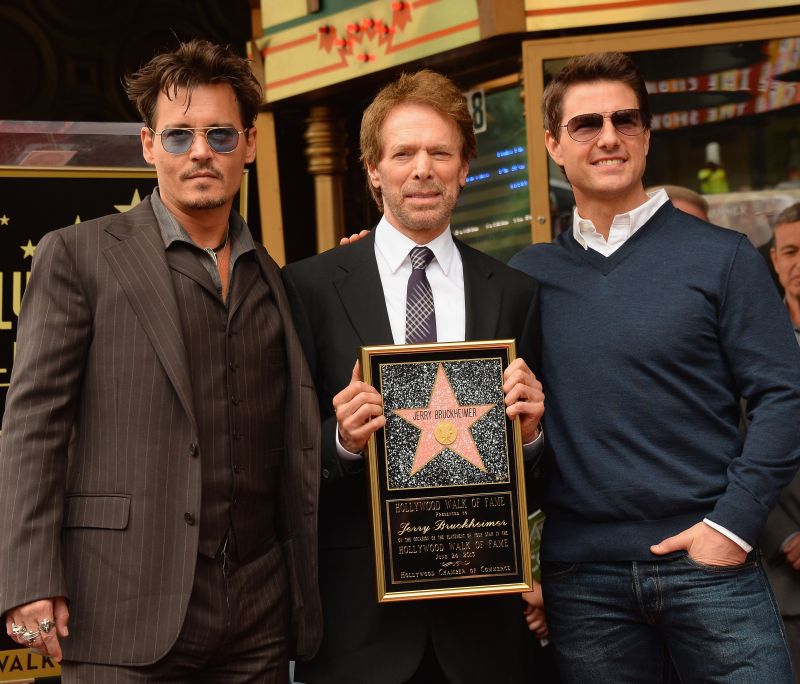 One of the most prolific partnerships in movie production history, between independent producer Jerry Bruckheimer and Walt Disney Studios, is coming to an end and they are not renewing their “first look” arrangement between them when it expires next year.

With huge blockbuster successes like the Pirates of the Caribbean and National Treasure series to their credit, things have got more than a little sticky this year with the commercial flop of The Lone Ranger, starring Johnny Depp and Arnie Hammer on which some say Disney may lose close to $200 million alone.

Tensions apparently also rose as Disney have pushed back the fifth movie in the Pirates of the Caribbean series “Dead Men Tell No Tales” – what a great title by the way – by a year to 2016, citing troubles “with the script”.

On the record and off the two companies continue to speak with great respect about each other. In a statement Disney says that it now intends to focus more on its own branded properties including Disney, Pixar, Marvel and, in particular, the recently-acquired Lucasfilm. Disney studio boss Alan Horn for his part pointed out: “This is about a long-term relationship with lots of pluses and minuses. ‘The Lone Ranger’ certainly didn’t help things, but we all have our wins and our losses, and this is an overall thing related to the company’s supply of projects from all these other places.”

Bruckheimer also says: “I am very appreciative of the wonderful collaboration and support I have had at The Walt Disney Company for over twenty years and the twenty-seven movies we have made together”…”The good news is we will continue working together on ‘Pirates of the Caribbean’, ‘National Treasure’ and other projects we have developed together at the studio.”

He adds as well, “I am thankful to have had the opportunity to work with these amazing people at The Walt Disney Studios, many of whom have become my good friends. As we continue to make adventure films, we look forward to returning to films like ‘Black Hawk Down’, ‘Enemy of the State’, ‘Beverly Hills Cop’, and ‘The Rock’.”… “It’s more about the types of movies Disney is making, and the types of movies we want to make in addition to ‘Pirates’.”

In July the Los Angeles Times pointed out that Alan Horn, the veteran movie production head who joined just over a year ago to turn the business around at Disney’s in-house studios (Marvel and Pixar are separate subsidiaries), is now under pressure to deliver results. The paper added that while, politically, Horn got something of a pass on “Lone Ranger” as much of its development and production were already done when he joined, the pressure is nevertheless on. If “do something” is the corporate imperative then breaking up with Bruckheimer is certainly “doing something”.

In this article:Finance, Pixar, Marvel