Plosser, head of the Philadelphia Federal Reserve Bank explained that even gradually winding up QE will be not only difficult but “potentially disruptive.” 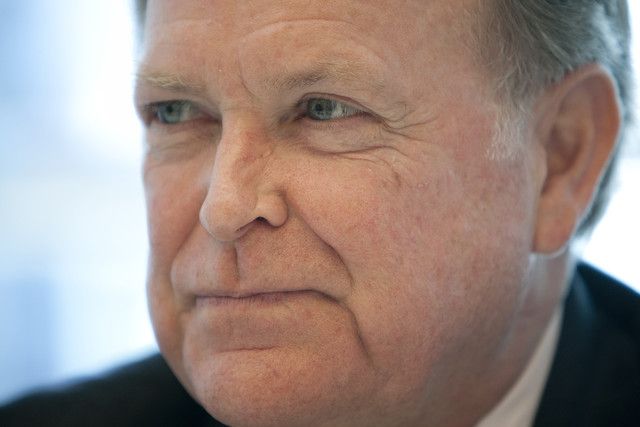 At a recent meeting of the Pennsylvania Association of Community Bankers, Charles Plosser went to considerable lengths to explain that unwinding from a very large and growing balance sheet of long-duration assets will be a difficult and potentially disruptive task posing significant risks.

According to Plosser any attempt to reduce the current level of $85 billion in long-term assets that the Federal Reserve Bank is buying each month should not be interpreted as a tightening of policy. Instead, according to Plosser, these actions would only go to gradually slow and then entirely halt efforts to continually expand the level of accommodation by increasing the size of the balance sheet.

” Monetary policy will remain very accommodating with the primary policy instrument, the federal funds rate, near zero and the Fed’s balance sheet very large.” Plosser went on to explain to his audience.

And now it appears that Plosser’s take on the quantity easing debate proved to be highly accurate, with the US Federal Reserve, having just announced their intention to keep the quantative easing programme running, and to its full extent.

The announcement came after the Federal Open Market Committee (FOMC), after two days of deliberation, in which they had been expected to lay out the timetable for gradually tapering United States economy from their ongoing $85 billion subsidy through bond-buying, $45 billion a month in Treasury bonds and $40 billion a month in mortgage backed securities (MBS).

Instead the Fed will be keeping their bond buying levels going at the same rate for the foreseeable future. The decision was made amid creeping concerns that the US economic recovery may not be moving as fast as was originally prophesied.

Plosser has also  pointed out on one or two occasions that, in his opinion, the FOMC should be willing to provide more information about the factors that will influence its policy decisions for the future, which will not only enhance transparency but also impose discipline on policy making.

Charles Plosser was appointed to the role of president and chief executive officer of the Philadelphia Federal Reserve Bank in August 2006.

Before joining the bank, Plosser held the post of John M. Olin Distinguished Professor of Economics and Public Policy and director of the Bradley Policy Research Center at the William E. Simon Graduate School of Business Administration External Link, where also served as dean during the years 1993 to 2003.

Charles Plosser has also acted as professor of economics in the Department of Economics at the University of Rochester, as well as being a senior research associate at the Rochester Center for Economic Research in the university’s College of Arts and Science, and a research associate at the National Bureau of Economic Research in Cambridge, Massachusetts.

In this article:University of Chicago, Finance, US Federal Reserve