Joel will be sharing the spotlight with other musical icons of the seventies, Carlos Santana and Herbie Hancock.
– 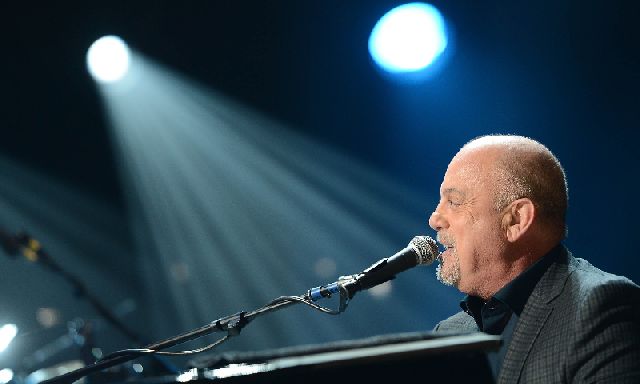 Billy Joel’s forty years at the top of the music industry will be recognized at this year’s Kennedy Center honors ceremony. The gala event will take place on December 8th.

Prior to the ceremony on the 8th December, President Obama will host all five honorees at a special reception at the White House. Secretary of State John Kerry will also host the five at a State Department dinner.

Recipients of Kennedy Center honors receive recognition for their lifetime contributions to American culture through the performing arts. Honorees are chosen by the Kennedy Center Board of Trustees, headed by David Rubinstein. Selection is based on artistic excellence, and a balance is also sought between the various arts and artistic disciplines.

Other musicians that have been honored by the Kennedy Center over the years include Dolly Parton, Diana Ross, Paul McCartney, Smokey Robinson and Elton John.

Billy Joel was born in the Bronx district of New York, although shortly after he was born, his parents moved to the Levittown suburb, on Long Island. Billy came from a musical family, with his father being an accomplished classical pianist, and encouraged Joel to begin playing, as early as the age of four.  Billy developed into a gifted pianist. However during the sixties, Billy caught the pop music bug to such an extent that he dropped out of high school to sing, play as well as develop his music writing career.

Billy first came to the forefront of the music world when he released his first hit song, “Piano Man”, in 1973. Since then Joel has gone on to become the third-best-selling solo artist as well as the sixth-best-selling recording artist in the United States, with his famous compilation album Greatest Hits Volume. 1 & 2 being the third best selling by an American artist with 11.5 million copies sold.

Throughout his career, Billy ran up a total of 33 Top 40 singles chart hits, running through the seventies, eighties and the nineties, which each one of these songs being self penned.

Billy Joel has sold over 150 million records worldwide, making him ninth most successful solo recording artist of all time, with his music making him a six-time Grammy Award winner.

David Rubenstein, chairman of the Kennedy Centre is well for his philanthropy, having made the considerable gift of $50 million to the John F. Kennedy Center for the Performing Arts to help build a 65, 000 square foot extension