Horowitz , along with his partner Marc Andreessen, were the first to invest in the social media giant, who are now talking IPO. 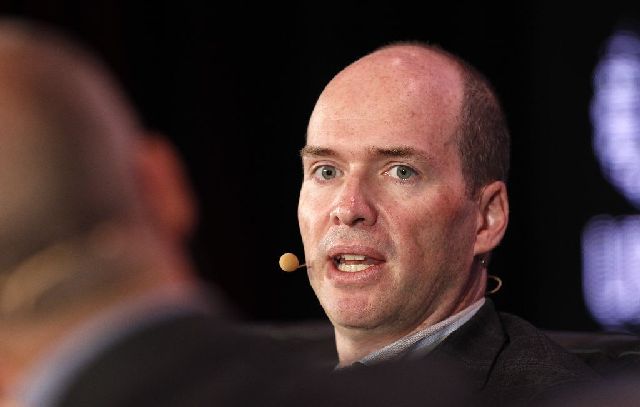 There was a fairly considerable shockwave around the Internet at the end of last week when Twitter , the last of the major social media sites to remain in private hands finally announced that they are about to go public. And as you would they did so by issuing a tweet simply stating that the company has confidentially submitted an S-1 to the SEC for a planned initial public offering.

Particularly pleased may well have been Ben Horowitz a renowned high tech entrepreneur, who through his company Andreessen Horowitz was among the first major investors in Twitter. Horowitz is reported to have made the investment late in 2007, with some of the capital that he received when selling out the company that he cofounded, Opsware, to computer hardware giant’s Hewlett-Packard.

Exactly how many shares Messrs. Horowitz and Andreessen actually purchased in Twitter is likely to remain confidential, as well as much they will earn when the IPO actually goes ahead for the company that was founded in 2006 by Jack Dorsey, Biz Stone and Evan Williams.

Industry experts have placed an estimated value of more than $10 billion on Twitter, based on the company’s projected income of around more than $580 million during 2013, making for an increase of more than 100% from the $288 million that Twitter brought in during 2012, with the majority of Twitter’s income coming through advertising, with some of the world’s largest companies paying to get close to Twitter’s more than 200 million active users.

With talk of possible flotation been in the air for some time those looking for possible barriers that will prevent Twitter reaching the maximum potential are fearful of the fact that Twitter may not be capable of handling on to these advertisers in the long-term, especially when the ratio of advertising leads are expected to rise dramatically and possibly bring about a negative effect on the Twitter experience.

Despite these possible setbacks, the market is confident that the flotation value of Twitter will be around the $10 billion mark, although the general consensus, especially after the Facebook flotation fiasco, is that it may take some time for anyone to see any serious profits as a result of the flotation.

Those were most likely to see profit earlier than others, are those invested in the company in its early days, notably Marc Andreessen and Ben Horowitz as well as Fred Wilson of Union Square Ventures.

Those most likely to have to wait longer to see profitable be Jeff Bezos, who invested in the company almost a year after the initial pioneers. Other investors who came into the picture later on obviously paid more for their investments are likely to have to wait proportionately longer before they will feel comfortable about releasing their capital and/ or taking a profit.

The reason why industry speculators are discussing the sliding scale profit is exactly the lessons that were garnered from the Facebook flotation. Those who rushed in hoping to get the best deal rapidly discovered that they had paid out a vastly inflated opening price for the shares of $45. Almost as soon as the IPO was completed, Facebook shares dropped like a stone. Anyone who has the patience and foresight to wait for just for three months could pick up Facebook shares for well less than half of that amount. However, in a classic case of all’s well that ends well, Facebook shares have now returned to their initial flotation value with some people breathing a sigh of relief at that fact while others are elated as a result of the windfall profits they have made.

If, as expected, a similar scenario develops after the Twitter IPO then the early investors will stand a much greater chance of at least recovering their investment in the short term and ending considerable profits in the long time if indeed the company is capable of reaching their market potential.

Ben Horowitz was born in London, England but was brought by his parent as a child to live in the sunnier climes of Berkeley, California.

After leaving UCLA, Ben Horowitz began his professional career working as an engineer at Silicon Graphics during the early 1990s. In 1995, Horowitz first met up with Marc Andreessen when they worked together at Netscape, one of the first Internet browsers. Horowitz made a rapid climb to the top at Netscape, rising from the position of product manager to Vice President and General Manager while still in his early thirties. When Netscape was acquired by America Online (AOL) in 1998, Horowitz continued with the company serving as Vice President of AOL’s eCommerce Division.

In September 1999, Horowitz got together again with Marc Andreessen to form another Internet enterprise which went by the name of Loudcloud. Loudcloud offered infrastructure and application hosting services to a number of particularly large US-based. Loudcloud went public in early 2001, with the services of Horowitz and Andreessen been retained to take the company to the next stage.

The pair used exceptional skills to completely transform Loudcloud into an entity that went under the name of Opsware, whose specialty was the development of enterprise software. The transformation was financed through the sale of Loudcloud’s core managed services business for $63.5 million in cash. Horowitz and Andreessen grew Opsware to a company with an annual income of more than $100 million in claim 550 people, with its share value rising from $0.35 at its lowest point to $14.25 a share when the HP sale went through.

As part of the conditions of the sale of Opsware to Hewlett-Packard, Horowitz remained an additional year at Hewlett-Packard, acting as Vice President and General Manager in their software division, leaving the company to launch Andreessen Horowitz in 2009.

Andreessen Horowitz began treating with initial capital of just $300 million, yet within three years had a similar working capital increase to $2.7 billion. Andreessen Horowitz has invested in more than 150 companies including Facebook, Pinterest, and Twitter.

One of Andreessen Horowitz‘s most spectacular investments to date was when they acquired Skype for $2.75 billion, with the company later being sold to Microsoft for $8.5 billion.