Strickler, co-founder  of Kickstarter, the World’s largest online crowdfunding platform has opened the door for Canadian entrepreneurs to receive financial support through their website. 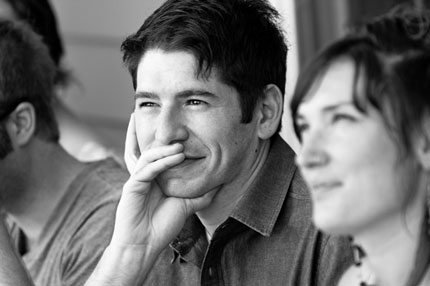 Yancey Strickler, co-founder  of Kickstarter admitted to arriving at another milestone for the company, by adding the fledgling entrepreneurs of Canada to those of the United States and the United Kingdom as being part of the Kickstarter club.

Strickler admitted that the company that he helped to found in 2009, had been interested for a long time in expanding into Canada had been held up for too long, due to a series of financial regulations imposed on the company, which they had succeeded in overcoming.

In the meantime, Strickler admitted that budding Canadian entrepreneurs have had to make do with local versions of crowdfunding, which were generally undercapitalized. Kickstarter, on the other hand, enjoy a massive following, and have risen over $700 million since their launch for project owners, including forty projects that have generated more than $1 million in investment pledges.

According to Yancey Stickler, Kickstarter are currently processing applications from more than 3, 000 Canadian projects seeking funding on Kickstarter.

Kickstarter was founded in 2009 by Yancey Strickler, and his partners Perry Chen and Charles Adler with the goal of providing an independent and objective platform to raise funds for creative projects via crowd funding through its website. In order to get the project off the ground, Kickstarter reportedly raised $10 million in funding from backers including Union Square Ventures as well as a number of well known angel investors.

While Kickstarter has funded a diverse array of endeavors, potential investors are advised well in advance that they cannot invest in Kickstarter projects to make money. They can only back projects in exchange for a tangible reward such as being given one example of the product they are backing from the project’s first production run.

If the project owner succeeds in raising enough finance to justify a production run, then those who back the project will receive their investment in the form of a product. If insufficient funds is raised, then the “investors” funding that has been held in escrow by Amazon is returned to them, although after Amazon have deducted their minimum 3% handling charge. If the product does not get off the ground, Kickstarter waive all their fees,

Kickstarter is one of a number of crowd funding platforms for gathering money from the public, which circumvents traditional avenues of investment. Project creators choose a deadline and a minimum funding goal. If the goal is not met by the deadline, no funds are collected. The Kickstarter project is open to backers from anywhere in the world and until this week’s announcement open to project creators from the US or the UK only.

Kickstarter takes 5% of the funds rose, while Amazon, who handles the transfer of investment funds charge between 3–5%. Unlike many other forms of investment fundraising, Kickstarter retains no ownership over the projects they help to raise finance for nor do they offer any form of guarantee on the credibility or liability to succeed. In every instance Kickstarter advises backers to use their own judgment when deciding to invest in any project.

Kickstarter recently announced that as of July 2013, they had been responsible for more than 110, 000 projects that have gone past the launch stage receiving total backing of $717 million the projects launched had enjoyed a comparable commercial success rate of 44%.

On May of last year, the Pebble E-Paper Watch reached a milestone for Kickstarter after they succeeded in raising just over $10 million to become the most highly funded project in the company’s history to date.

As well as being Cofounder of Kickstarter, Inc. Yancey Strickler also serves as Editor-in-Chief of EMusic.com Inc. whose writing appeared in The Village Voice, New York magazine, Pitchfork and other publications.