After nine years of waiting, Tabor is now ready to put the building that he acquired in 2007 up for auction.

Michael Tabor is known to be a patient man who is well known for his ability to take the long-term view in any of his business dealings. However Tabor’s patience may well have been tried more than usual  when, due to the global downturn in property values,  he found himself with no option but to sit tight on his Manhattan skyscraper that he bought just before the sub-prime mortgage collapse of the 2008

It was then that Michael Tabor paid out just over $500 million to acquire the 32-storey building situated on 450 Park Avenue. The building was purchased struck through Tabor’s family trust and for a record price per square foot, at that time, for a North American office tower.

The building which was completed in 1972 and underwent major renovation in 2006 has far from being a loss maker for the Tabor family trust, being almost totally occupied for most of the time that it was in his hands.

However Michael Tabor now feels that the time is right to part company with the building, which sits on the intersection of Park Avenue and East 57th Street, regarded as being among the most desirable office and shopping districts in Manhattan.

Tabor plans to auction the Manhattan skyscraper through US private equity company Somerset Partners, and expects to get around $600 million for the property.

Since the beginning of 2013 high-quality office towers such as 450 Park Avenue, particularly with long-term tenants comfortably ensconced, situated in areas of Manhattan that are popular with the constant influx of tourists have been very much in demand especially among foreign investors . According to figures released by one of Manhattan’s leading commercial property groups, leases valued at more than $2 billion have been signed on Manhattan property so far this year. 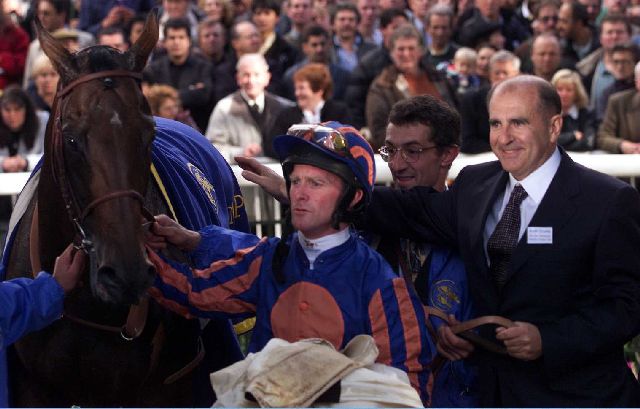 Michael Tabor was born and raised in the Forest Gate of East London. Even in his teens Tabor had a strong interest in all forms of gambling, especially on track betting. After completing high school, Michael began his informal education, working for a number of off course bookmakers in and around London to be had gained sufficient experience to start off on his own.

Tabor, even as a very young man was never afraid to take a risk and while still in his twenties bought a considerable sum of money to buy two off course bookmakers trading under the name of Arthur Prince. Within the space of twenty years Michael Tabor succeeded in expanding the chain until he owned more than 100 betting offices, all of them situated in the south of England. In 1995 Tabor sold off his Arthur Prince chain to the Joe Coral Group, a national bookmaking chain, receiving a reported £27 million. ($45 million).

After many years of being off track, Michael Tabor began to spend a lot of around the race tracks of the UK as he pursued his interest in becoming a race horse owner, especially when he began to form an association with John Magnier, owner of the Coolmore Stud, in South Tipperary, Ireland, regarded as being the world’s largest breeding operation of thoroughbred racehorses..

While during his career as a racehorse owner  hundreds of thoroughbreds passed through his hands, Tabor’s most successful horse was undoubtedly Thunder Gulch, which succeeded in winning the Kentucky Derby, the Belmont Stakes and the Travers Stakes, almost completing the highly prestigious American Triple Crown beaten by less than a length in the Preakness Stakes. 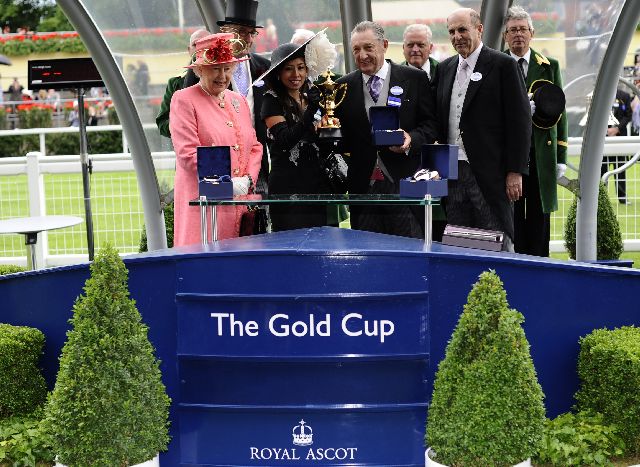 Encouraged by the success of Thunder Gulch, Tabor invested some of his capital and a lot of his business knowledge in joining the Coolmore partnership. Thanks to the association, Tabor went on to become the owner or co-owner of an extraordinary catalogue of some of the world’s best racehorses, which one major events all over the world during the nineties and onwards.

In recent years Michael Tabor has begun to diversify his business interests. Apart from property Tabor is a major shareholder in the Victor Chandler International online betting firm as well as being a co-owner of the luxury Sandy Lane hotel in Barbados, the UK-based Mitchells & Butlers chain of public houses, and Global Radio the largest radio group in the United Kingdom, which is run by his son Ashley.

Tabor is a regular feature in the Sunday Times Rich List of the richest people in the UK, with a personal fortune estimated to be in the region of £550 million ($800 million.)