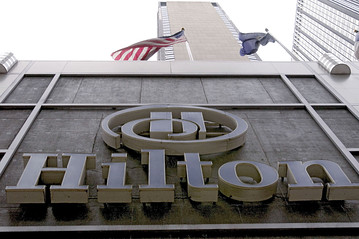 On September 12th, Hilton Worldwide Holdings (Hilton) filed an S-1 Registration Statement with the Securities and Exchange Commission (SEC) for an initial public offering (IPO) of common shares. Hilton had been purchased by the Blackstone Group late in 2007 in a deal valued at US$25 billion, including US$7 billion of debt assumed, at the top of the last LBO buying binge – something Blackstone very quickly probably came to regret for at least a moment or two, as the financial system had its near-death experience and the world fell into a prolonged recession,

However to their credit Steven Schwarzman’s Blackstone Group stuck to their knitting and managed the worldwide hotel chain out of recession, to the point where they can now put some fresh liquidity into the company with this IPO. Blackstone installed fresh management at Hilton, starting with Christopher J. Nassetta, who became President and Chief Executive Officer. They also restructured its debt and then encouraged an expansion of Hilton’s international holdings, essentially to take advantage of the misfortunes of others during the downturn. As a result Hilton increased its total number of available rooms in the period by one third.

Today Hilton Worldwide claims to be one of the largest and fastest growing hospitality companies in the world, with 4, 041 hotels, resorts and timeshare properties comprising 665, 667 rooms in 90 countries and territories. Hilton today operates through a portfolio of 10 distinct world-class brands.

Hilton’s progress under Blackstone’s ownership over these last few years certainly shows in its financial results, with the company making a net profit of US$352 million on US$9 billion of revenue in calendar 2012. As a return on sales this is not that great, given the tight operating margins in the business, but with so much financial leverage already in the company it nevertheless represents a 15% return on equity – quite respectable indeed, and also a huge turn-around from 2008 when they lost US$5.6 billion at the net income line.

Their preliminary prospectus also indicates in bullet form, without any numbers yet, that several new debt financings are expected to be put in place prior to the IPO closing, in order to reduce other, presumably more expensive, indebtedness. At June 30th 2013 Hilton had US$15 billion of debt still on its balance sheet, down from over US$21 billion at the end of 2008 when the bulk of Blackstone’s acquisition costs had been placed within its balance sheet. It is not clear how much of the now expected new debt reductions may relate to inter-company loans from their parent, the Blackstone Group itself, which would in such a case normally be looking to take some of its money out now the business has consolidated.

The new common shares to be issued have also not yet been priced, nor the amount of funds sought finally determined, as partly these will both depend on reactions from the investment community to the offering. For purposes only of estimating its registration fee payable to the SEC, the new Registration Statement indicates an offering of US$1.25 billion, though some voices on the street indicate it could end up being for up to twice as much.