Krakoff has a put together a dream team of Washington DC based investors to gain controlling interest in the company that he founded and that bears his name.

Within the space of just three years Reed Krakoff has succeeded in building his collection, comprising a full line of ready-to-wear, handbags and accessories and a globally recognized brand marketed in more than 100 outlets throughout the world.

In addition to opening their own high-level retail outlet on Madison Avenue, Reed Krakoff also operates their own stores in Las Vegas and Short Hills, New Jersey. The Krakoff collection is also on show at such top-level retail outlets as Saks Fifth Avenue, Neiman Marcus, Bon Marché and Colette in Paris.

And now, thanks to some considerable assistance from top level investors including Mitchell Rales, Cofounder of the Danaher Corporation and Mark Ein, founder and CEO of Venturehouse Group LLC, Reed Krakoff has announced a management-led buyout that will bring the company under his control, for the first time since its foundation in 2010.

Under the terms of the $50 million purchase, Krakoff will now become the firm’s largest shareholder.

Reed Krakoff will be retaining the services of Valerie Herrmann as his CEO, while he will remain as creative director for the company. . Krakoff hired Ms. Hermann in 2010 to manage his label, head hunting her from an executive position in the fashion industry in Paris, and already with an impressive track record gained at Christian Dior and Yves Saint Laurent.  Principal investor Mark Ein will take up the role of Chairman. 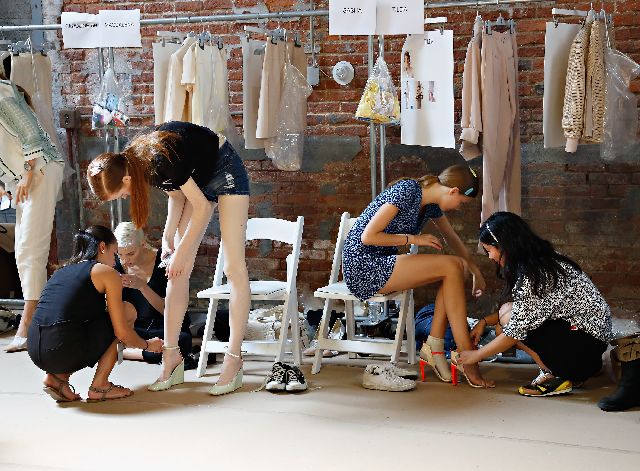 As the new company’s formation was announced Reed Krakoff stated his delight at entering this latest stage of development of the Reed Krakoff brand with such great partners. “We have all come together with the same long term vision for the brand and for the future of American luxury and are excited to build a great company together, ” Krakoff summed up.

Mark Ein reciprocated by adding that the investor group is thrilled to use our capital and extensive growth company experience to help Reed continue to build the next great American luxury brand.

Apart from Messrs. Krakoff, Ein and Rales, other shareholders in the Reed Krakoff company will be the T. Rowe Price New Horizons Fund, managed by portfolio manager Henry Ellenbogen as well as Coach themselves.

Reed Krakoff was born and raised in Weston, Connecticut. After graduating from the Parsons School of Design, he was employed by the Ralph Lauren Corporation for five years, before being appointed as creative director for the Tommy Hilfiger Corporation. In 1996 Krakoff began his long association with Coach, being given a key management role by the company’s iconic founder Lew Frankfort. During his 14 years at Coach, the company’s fortunes grew considerably, with sales rising from around $500 million annually to over $4 billion.

In April 2013, Krakoff announced his intentions to leave Coach within the coming twelve months in order to concentrate his activities on developing his Reed Krakoff brand.

Mark Ein was born and raised in Washington DC. Ein graduated with a BS in Economics with a concentration in finance from The Wharton School of the University of Pennsylvania later in his MBA from The Harvard Business School. Over the course of business career spanning more than twenty years, Mark Ein has earned d himself a reputation as a shrewd investor, including picking out no less than five companies that have succeeded in reaching more than $1 billion or greater valuations. Ein gained the distinction of being named Business Leader of the Year by the Washington DC Chamber of Commerce in October, 2011.

An enthusiastic tennis player in his own right, Mark Ein is the Founder and Owner of the Washington Kastles, holders of the World Team Tennis (WTT) franchise for the city. Despite being members of the league for just four years, the Kastles have already captured the coveted King Trophy twice. Their last trophy win, in 2011, also made history when the Kastles becoming the first team in the league’s 36 year history to end the season undefeated with a 16-0 record.

In October 2009, Mark Ein broke a professional record of his own when he made his debut as a professional tennis player in the doubles tournament at the ATP Calabasas Open, going as far as the quarterfinals thus earning him the distinction of being the oldest ranked player on the ATP tour at the age of 45.

Mitchell Rales was born and raised in Bethesda, Maryland, graduating with a degree in business administration from Miami University in 1978.

After graduating, Mitchell joined up with his brother , Steven M. Rales to found Equity Group Holdings, which eventually evolved into Danaher enterprises, a large global conglomerate, headquartered in Washington, D.C., with an annual turnover of around $3.4 billion.

In addition, Rales is the co-founder of Glenstone, with his wife Emily Wei Rales. Glenstone is a museum situated in Potomac, Maryland just outside Washington D.C. sitting on approximately 200 acres of land; the museum succeeds in seamlessly integrating art, architecture, and landscape.

In this article:Coach, Neiman Marcus, Finance