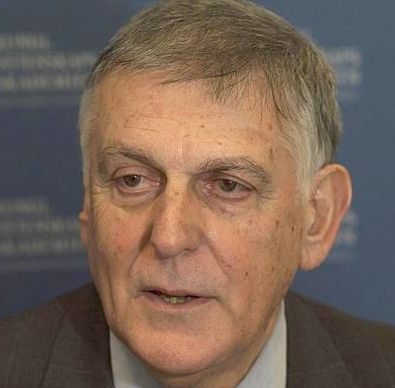 In December 2012, the UN’s General Assembly gave its final approval to an Israeli proposal on entrepreneurship and development in third world countries. A majority of 141 of the 193 Assembly member countries voted for the proposal. Two weeks prior to that occasion, the Israeli proposal was approved by the UN’s Development Committee, and the General Assembly’s approval made it binding. This blue-and-white decision, proposed by the Israeli delegation to the UN, is a small victory for Israel and a very big contribution to the future of the world.

On June 26th, 2013, I gave a lecture on technological entrepreneurship at the United Nations, at the invitation of the President of the 67th session of the UN General Assembly.

We are living in interesting times, as the known Chinese curse goes and these days will be recorded in historical perspective as an important turning point laden with risks and prospects.

Some facts – no wars are currently being waged across international borders, but the number of confrontations between tribes and religions is, nevertheless, growing, resulting in waves of refugees and immigrants who are fleeing violence and insufferable living conditions. The common denominator of all such countries in which violent confrontations are taking place is their inhabitants’ dire economic situation.

In 1798, Thomas Malthus published his famous book “An Essay on the Principle of Population” in which he claimed that while the world’s population was increasing at a geometric rate, the food supply was increasing at an arithmetic rate. As a result, Malthus predicted severe famine and destruction, which would lead to a decline in population size. Malthus, who could not have predicted the industrial, scientific and agricultural revolutions, was both wrong and misleading.

The rate of population growth in the world is decreasing and it is expected that world population will cease increasing towards the middle of the current century. The growth rate is declining not due to famine but mainly as a result of mass migration from rural to urban environments and an increase in the level of education. City living and education do not encourage childbirth mainly because they offer greater employment opportunities for women as well.

This, so it would seem, is good news – there will be enough food for the entire world. The less good news is that the population’s growth rate is not uniform throughout the world. While many countries, most of which are developed, are already threatened by a decrease in population, countries in Central Africa are suffering from birth rates that are barely decreasing. For instance, the number of children per woman is 1.1 in Taiwan and 1.2 in Singapore as opposed to 7 in Banger and 6.3 in Somalia. Abundance on the one hand, and a low standard of living on the other.

I am currently, with the help of Prof. Shlomo Meital, organizing a course at the Technion called “Technological Entrepreneurship”. This a high-attendance course is based entirely on guest lectures given by seasoned entrepreneurs, young entrepreneurs, and experts in entrepreneurship-supporting fields. The course has been offered for the past 27 years, and its graduates include some ten thousand engineers and scientists, some of whom have helped promote Israel to its status as a start-up nation. About one half of the lectures I am invited to give before large audiences throughout the world are on technological entrepreneurship, and many people express interest in the course offered by the Technion.

What do the third world countries need in order to develop local technological entrepreneurship?

First, high quality basic education for all, with an emphasis on youth from the periphery and villages with a high population of children, since that is where most of the future work force will come from.
Second, advanced engineering and scientific education.

What else? Supportive governmental policies. Over-intervention inhibits growth, but governments can have a positive influence on the promotion of technological enterprises by establishing technological greenhouses, providing monetary assistance to beginning entrepreneurs and innovative enterprises within existing industrial plants, and by signing cooperation agreements with developed countries to promote innovative industries.

In addition – a free and open market policy.
And equally important – eradication of corruption.

Given all of the above, and the task is not easy, a new situation may develop in third world countries that combines economic improvement and social stability. Some third world countries have the economic resources to make the necessary moves and the faster they make them, the faster we will be able to reach a point at which the world itself may become less interesting but its inhabitants will be more satisfied thanks to world peace and economic prosperity.

From a lecture given at a UN session on the development of global entrepreneurship hosted by the Israeli delegation to the UN.