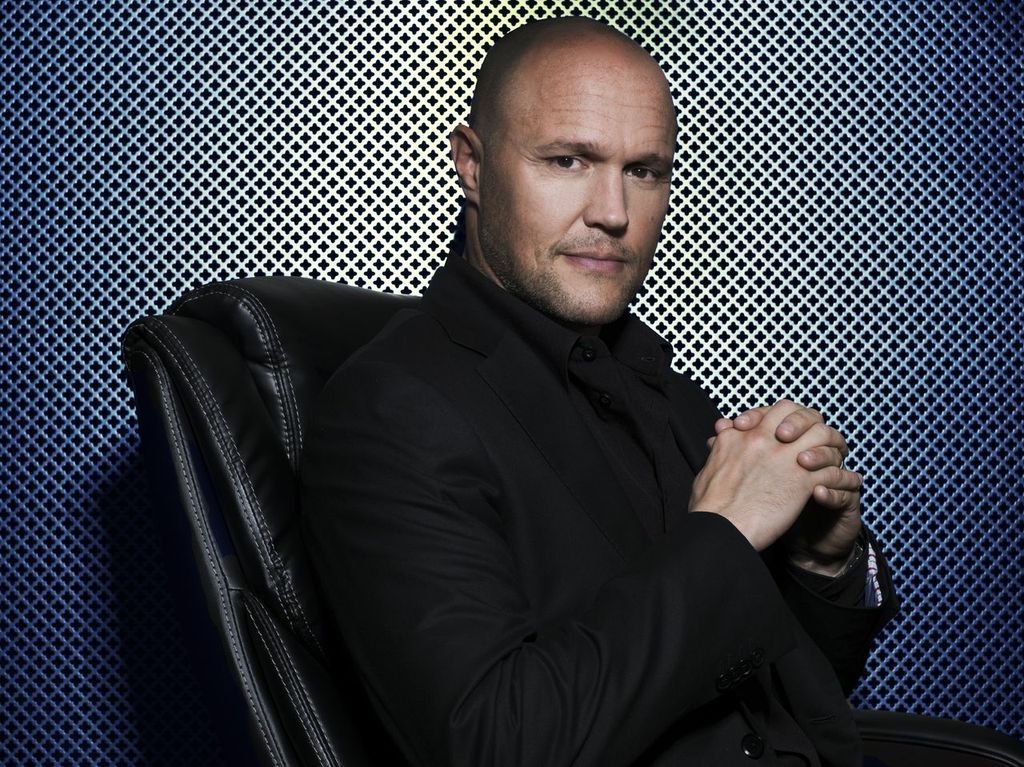 Mixed Marshal Arts, or MMA, is a violent contact sport that has evolved since the mid 1990’s into a multi-billion dollar industry with a rapidly growing fan-base in the United States and around the world.

The explosion in MMA popularity has largely come at the expense of traditional boxing, which has been in a steady decline since the mid 1990’s as much of the sport’s fan-base has shifted towards this more free-flowing method of unarmed combat.

MMA has few of the confining rules of traditional boxing, which seems down-right quaint, gentlemanly and a bit old fashion when compared to a MMA free-for-all involving a potent mixture of  Boxing, Jiu-Jitsu, Wrestling, Karate and Judo. Senator John McCain has described the sport as “human cockfighting” and tried to have it banned. 36 US States have enacted varying degrees of restrictions on the sport, but it continues to grow in popularity and revenue generation.

Until recently, MMA has been the sole domain of the Ultimate Fighters Champions (UFC) organization and its colorful cast of characters; with American broadcasting rights owned by different FOX affiliated networks. UFC is currently valued at about two billion dollars.

Although MMA greatly differs from traditional boxing, the UFC has maintained boxing’s rather shady method of matching opponents, not by pure merit, but by opponents that are deemed sufficiently well-known to generate the maximum level of pre-fight hype, in-turn, generating greater ticket sales, ratings and pay-per-view viewership.

Enter Bjorn Rebney, A nice Jewish boy from Los Angeles with a business degree specializing in Sports Management, as well a law degree.

A longtime MMA fan, one day Rebney was sitting on his couch at home watching a UFC fight, when it occurred to him that he would much prefer watching an authentic elimination tournament where the last two standing fighters face off for a real championship, rather than the dubious, and possibly corrupt method of promoters matching fighters strictly as a money-making enterprise.

An entrepreneur in spirit, in 2007 Rebney put his idea on paper and developed a full blown business plan for a unique MMA tournament platform that he named ‘Bellator’ (Latin for ‘warrior’), which has quickly evolved into the World’s largest MMA tournament and the UFC’s only serious competitor. Rebney then sold the broadcasting rights to media giant Viacom, for airing on the Spike network. Rebney remains CEO of Bellator. 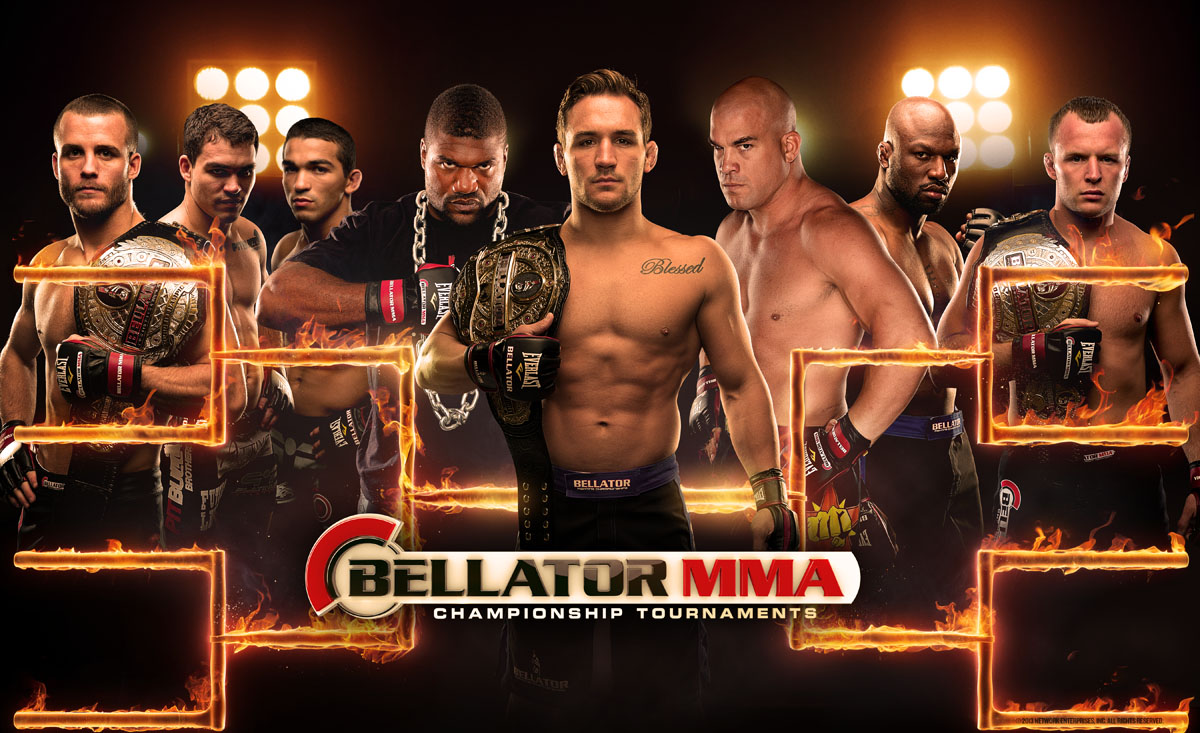 Jewish Business News caught up with Bjorn Rebney a few days ago for an exclusive interview:

Jewish Business News: So Bjorn, how on earth does a nice Jewish boy like you get involved in a business like this?

Rebney: I have worked as a sports agent for years and I have worked with the best in the business. Legendary sports agent Leigh Steinberg was my mentor, and while working with him I had the wonderful opportunity to represent a number of top boxers like Sugar Ray Leonard and Oscar de la Hoya. That’s how I learned to truly appreciate these contact sports and the incredible discipline and athletic prowess of these athletes. I was a striving athlete myself, I played football in college and mostly rode the bench; one has to learn to appreciate one’s own limitations. That’s how I found myself on the business side of thing, and I certainly became an expert on the business of sports. How does anyone become a fan? It happens gradually and in all kinds of ways.

Jewish Business News: So tell us a little bit about your background.

Rebney: I grew up in a modest household in Los Angeles, raised by a single mom. We lived in small places and we struggled, but I was never lacking. I am so proud of my mother who worked so hard for my benefit, for so many years. She is an example to me. Following high school, I attended the University of Oregon, and Ohio University, and went on to obtain degrees in Philosophy, Business (specializing in Sports Management), and I also obtained a law degree.

Rebney: Because so much of the business of sports is about contracts. You have to know how to read contracts, and how to write contract, and truly understand contracts. I had no real ambition to practice law, even though I did pass the bar just to prove to myself that I could. I just felt that understanding the law and contracts specifically would give me an advantage in this field, and it has.

Jewish Business News: OK, so you came up with this idea of a tournament-based MMA system to compete with UFC while sitting on your couch at home. Tell me a little bit about how you actualized your concept.

Rebney:  Well,  I have my wife Huma to thank for that.Without her, none of this would have been possible. I basically dropped everything I was doing and mortgaged our home to invest in the concept. Actually, I took out a 2nd and 3rd mortgage on the house. I have no doubt that most wives would not have tolerated that kind of reckless move for a dream, but Huma was extremely supportive of me from day one. It was a giant risk, with no guarantee of success and she did not flinch.

Rebney:  The answer to that is no. I shopped this around to 62 potential investors, all major hedge funds and wealthy individuals. I flew to 62 meetings, sleeping in cheap hotels and eating at cheap restaurants. I heard 62 no’s, flat out. It was enough to discourage anyone.

Jewish Business News: So what happened at number 63?

Rebney: Three words; ‘Plainfield Asset Management’. In 2008 I called this Connecticut hedge fund, Plainfield Asset Management and got its Vice President, Tim Danaher on the phone. It turned out that he was a big MMA fan and knew exactly what I was talking about. He was probably the only potential investor who knew exactly what I was talking about. Thirty minutes into my pitch, he stopped me and told me to get on the next flight to the East Coast to meet him, I was flabbergasted. Plainfield ended up investing in the mid-tens of millions to finance the startup. We had our first season a year later in 2009 and that’s when things really began to roll. By 2011, Viacom bought a controlling interest in Bellator. With Viacom’s broadcasting reach, we intend to catch up with UFC. I believe that our ‘tournament’ concept has much more integrity than simply matching up fighters that promoters believe will bring in more money. In the end, I believe that the genuine sports fan will appreciate merit in the arena rather than deals cut in smoke-filled back rooms.

Jewish Business News: Do you believe that you will eventually surpass the UFC?

Rebney: Nobody gets into this business to be number two.

Jewish Business News: Once there was the AFL and the NFL. They’re champions came together in 1967 to create what we know today as the Super Bowl, perhaps the most financially important sporting event in the United States. Could you ever envision a Bellator champion facing off with a UFC champion to crown the top fighter in the world, in a kind-of MMA Super Bowl? Or is that a silly question?

Rebney: It’s not a silly question, and I will lay down the gauntlet right here at Jewish Business News. I would certainly challenge the UFC to such a showdown, but I don’t believe for a moment that they would go for it. Their entire business model would not survive losing to a Bellator tournament champion. There is too much at stake for them financially to risk such an embarrassment. But I’m a true fan of the sport, and if this was about integrity and merit-based sportsmanship, their entire model of matching fighters for hype would fall apart if they end up losing to a pure merit-based fighter. That is why I think our tournament based model is the future of MMA. Let the best fighter win. That’s what I say.

In this article:law, Finance, Viacom