Stratasys will use the proceeds for business purposes including acquisitions, capital expenses, working capital and meeting milestone payments on the acquisition of Makerbot. 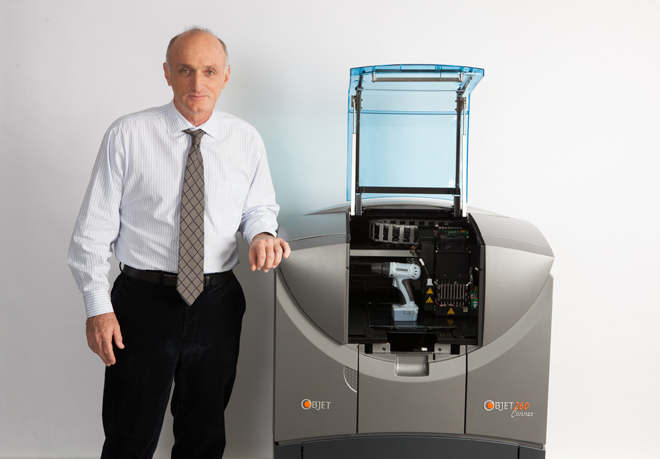 3D printer maker Stratasys Inc. (Nasdaq: SSYS) plans to raise more than $400 million in a public offering. The company, a merger of Israel’s Objet and Stratasys of the US, has a market cap of $4.1 billion, and had $148 million in cash at the end of June.

The company has filed a prospectus with the US Securities and Exchange Commission (SEC) to issue four million shares, and will grant the underwriters an over-allotments option to buy up to 600, 000 shares. At Monday’s closing price of $105.22, the offering will raise a gross $409 million, and if the underwriters exercise their options in full, the amount will increase to $471 million.

Stratasys will use the proceeds for business purposes, including acquisitions, capital expenses, and working capital. Earlier this year, it acquired Makerbot, a manufacturer of 3D desktop printers, for $403 million in shares. The price could increase by up to $200 million, subject to meeting milestones. Stratays says in the prospectus that some of the proceeds could be used to make these milestone payments, if they are made in cash, rather than shares.

Stratasys’s share price fell 1.2% in premarket trading on Tuesday to $104.

Stratasys Ltd. (NASDAQ:SSYS), a manufacturer of 3D printers and materials for personal use, prototyping and production, today announced that it intends to offer 4, 000, 000 of its ordinary shares in an underwritten public offering. Stratasys also expects to grant the underwriters a 30-day option to purchase up to an additional 600, 000 of its ordinary shares to cover over-allotments, if any. J.P. Morgan is acting as sole book-running manager for the offering, and Piper Jaffray, Morgan Stanley, BofA Merrill Lynch, and Needham & Company are acting as co-managers for the offering.
About Stratasys Ltd.

Stratasys Ltd. is the corporate entity formed in 2012 by the merger of 3D printing companies Stratasys, Inc. and Objet Ltd., based in Minneapolis, Minn. and Rehovot, Israel. Stratasys manufactures 3D printers and materials for personal use, prototyping and production. Systems include entry-level desktop 3D printers for personal use and idea development, a range of systems for prototyping, and large production systems for direct digital manufacturing.