Apart from being a well known Hollywood superstar Kate Hudson, is also active as a model and designer who has recently turned her attentions to designing  athletic clothing and accessories. 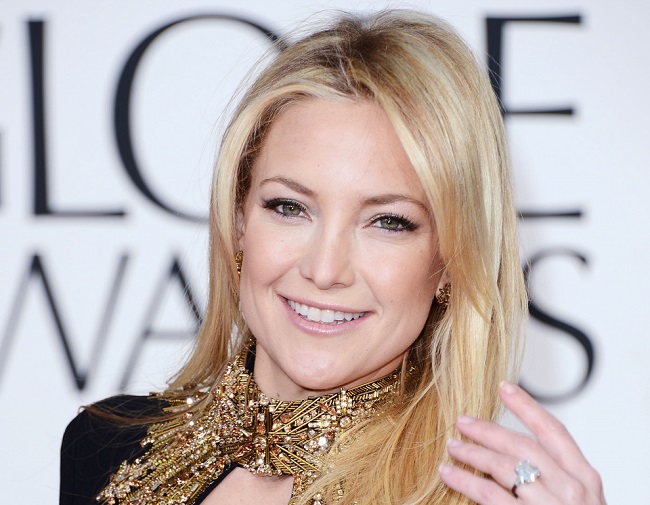 Kate Hudson has proven that she is not only one of America’s favorite film actresses, a Golden Globe winner as well as having been nominated for an Academy Award for Best Supporting Actress, but also a talented fashion designer and a canny business person.

The fashion world certainly thinks so , and recently the company that she owns in conjunction with Don Ressler and Adam Goldenberg, Fabletics, has hooked up with online fashion website JustFab to present a range of a collection of athletic clothing and accessories, due to go on like next month , and has been described as a winning combination of fashionable, functional and affordable.

Kates success in the fashion industry once again displays that the LA blonde is more than just a pretty face. According to her partner in Fabletics,  Don Ressler. Kate  is a hard worker who ideally combines her fashion career  with her acting career and is far from being a just figurehead in the company. Instead she is very much a hands-on  partner in the business and has played an integral part of developing this new brand of clothing designed for the modern woman.

Kate Hudson was born in Los Angeles, California, the daughter of Academy Award–winning actress Goldie Hawn and Bill Hudson also involved in the entertainment business as an actor, comedian, and musician. Kate’s parents divorced when she was just eighteen months old and she and her brother, actor Oliver Hudson, were raised far away from the bright lights of LA in Snowmass, Colorado by Goldie Hawn and actor Kurt Russell, her long-time partner.

After finishing high school Kate was accepted to New York University but the lure of the stage was to prove too strong and she chose to pursue the acting career that was very much in her blood.

Kate Hudson has been appearing regularly in films for close to 15 years now, building a reputation in her own right as a talented comedy and romantic actress, while at the same time combining her multiple career with being the mother of two young children.