Executives of the Italian energy giant told Energy Minister Silvan Shalom that the company wants to enter the Israeli market. 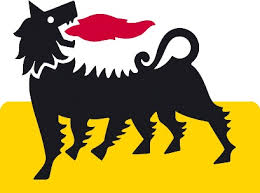 On Sunday, Shalom left for a four-day visit to Italy at the request of Prime Minister Benjamin Netanyahu, who could not make the trip because of regional security tensions. Shalom will meet Italian political leaders, following today’s meetings with energy executives.

Executives of Edison SpA (BIT: EDN), which owns 20% of the rights to the Neta and Roy licenses, wanted to know whether it would receive rights to the Keren and Avia licenses, which recently reverted to the state. Giuseppe Bono, the CEO of Fincantieri – Cantieri Navali Italiani SpA, a builder of rigs and gas production and pumping facilities, expressed an interest in building rigs for the Israeli market.

ENI also has oil and gas exploration licenses in Cyprus’s exclusive economic zone, and is bidding for Lebanese licenses. It has frequently been mentioned as a buyer of more Israeli oil and gas exploration licenses and other assets, but it has refrained from the Israeli market out of concern about its investments in Libya, Tunisia, and other Arab countries. ENI executives told Shalom that the company would be happy to build gas compression infrastructures to export gas to energy-starved Cyprus, which has the highest electricity prices in the EU.