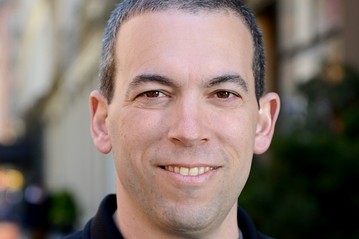 –
Outbrain Inc. is joining the list of Israeli start-ups planning an IPO in the coming year. The company, which has developed a content recommendations engine, plans to raise $100-200 million on Wall Street at a company value of $700-800 million.

According to IVC Research Center, Outbrain posted $45 million revenue in 2011 and $80 million in 2012. Its revenue is forecast to reach $130 million in 2013. The growth is partly due to acquisitions, which should give it added value in its field.

Outbrain acquired Surphase in 2011. In 2012, it acquired Scribit, which provides a digital content management and storage solution, and in March 2013, it acquired Visual Revenue Inc., which helps content editors optimize content and its location on their sites.

Outbrain has built a content recommendations engine based on advanced algorithmic, which appears at the bottom of news items and features on various content sites in Israel and other countries. The engine shows a number of recommendations on various articles within the site and elsewhere. The engine recommends articles on the basis of an analysis of the reader’s taste. In effect, it can keep the reader longer on the site, or direct him to another site. If another site is recommended, the site owner shares the revenue from the recommendation with Outbrain.

Outbrain works with leading news sites, like “Reuters” and “The New York Post”. In Israel, it works with leading content sites, such as “Walla”, “ynet”, “Globes”, and “Haaretz”. It also works with commercial brands which are seeking to market their content to boost traffic to their sites. These customers include General Electric (NYSE: GE) in the US and Eden Springs Ltd. (Maayanot Eden) (TASE: MEYD) in Israel.

The idea of an IPO by Outbrain is not new. The company has been signaling for some time that this is the preferred choice of its management, rather than a sale of the company. Galai has previously sold three companies, and believes that Outbrain should be different and built up as a large company. In 2007, he sold Quigo to AOL Inc. (NYSE: AOL) for $360 million. He previously sold Ad4ever to Atlas, and before that he sold NetWorks Web Design Ltd.

In a past interview, Galai said, “An IPO is a definite possibility. This is a much better plan than building a company in order to sell it.” He has personally invested in Israeli start-ups, and participated in financing rounds by BillGuard Ltd., Fooducate Ltd., and Rounds Ltd., according to IVC.

To understand the scale of Outbrain’s success, it is enough to look at comScore’s ranking of the most popular advertising platforms in the US. Outbrain ranks third, ahead of popular sites such as Google, Facebook, Amazon.com, and AOL. According to comScore, Outbrain’s platform had 192.8 million real users in the US in July 2013, and an exposure rate of 85.6%. The figures put it within a hair’s breadth of first placed Yahoo!, which had 196.5 million real users in the US and an exposure rate of 87.2%. ShareThis, which develops special widgets for sharing content with social networks and other Internet tools, was in second place.
The IPO club

Outbrain is not the only Israeli company headed for an IPO, but is part of a select club of mature online companies that are on the verge of going public. The club includes Wix Ltd., which has already filed a confidential prospectus; Matomy Media Group Inc., which has been preparing for an IPO for a long time, and has picked New York or London as a possible venue; FiftyOne Inc. (which recently changed its name to Borderfree Inc.), and which has met with investment banks for a possible IPO at a valuation of $700-800 million.
Published by www.globes-online.com