–
September 8th, 2013, in the second round of this America’s Cup series between Oracle Team USA and Emirates Team New Zealand we saw two more very tight races, and absolutely spectacular television footage of these seven ton monster multihulls flying around San Francisco Bay at over 40 miles an hour. 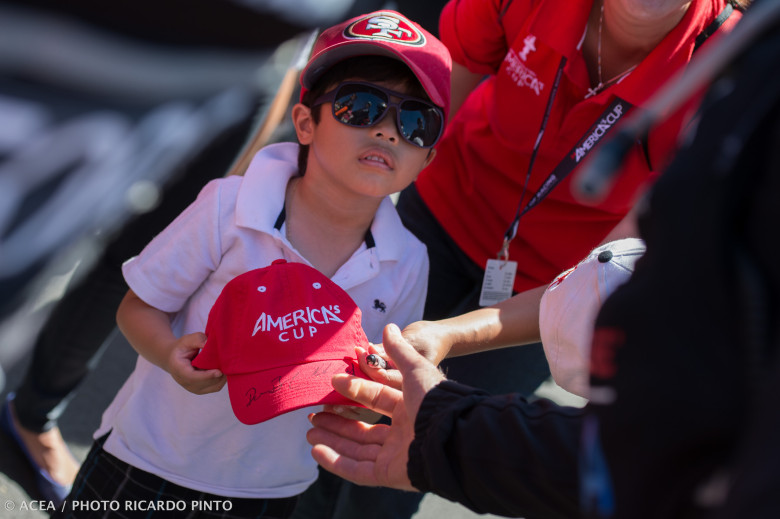 Hugely exciting standard sailing match racing tactics were employed by both teams; at the start, at the marks and indeed throughout and particularly during the upwind tacking parts of the race, which led to some very close moments where there could have been a major disaster.  It was a tribute to the two skippers that both yachts were able to interpret, and react swiftly to, each other’s tactical aggressions and avoid collision.

Emirates Team New Zealand came out on top winning the first race by just 28 seconds over the 11 mile course, despite being docked a penalty just after the start at the first turn, ending up behind the Oracle entry which pulled away for a time but was then hauled slowly back by Emirates Team New Zealand who had clearly superior speed in the upwind tacking leg in the moderate 15 miles an hour wind.

In the second race of the day similar very tight racing took place, only this time Jim Spithill a New Zealander who happens to skipper the Oracle Team USA foiling catamaran was able to claw his way in front and stay there finishing just 8 seconds ahead of its opponent, this time in higher 25 miles an hour winds with speeds up to 45 miles an hour.

So for the day it was 1 race each, making it cumulative 3 to 1 for Emirates New Zealand in the series so far – and with Oracle Team USA finally getting a score on the board.

Fantastic stuff and the on board television cameras showed all the action right up close and personal, with the two multihulls flying side by side for much of the race. To win the event requires a total of nine wins for Emirates Team New Zealand, out of the maximum seventeen possible races, whereas Oracle Team USA actually need to win eleven after receiving a pre-series two race penalty for design cheating by some of their staff last year. If it all goes down to the wire the last race will take place on September 21st, 2013. 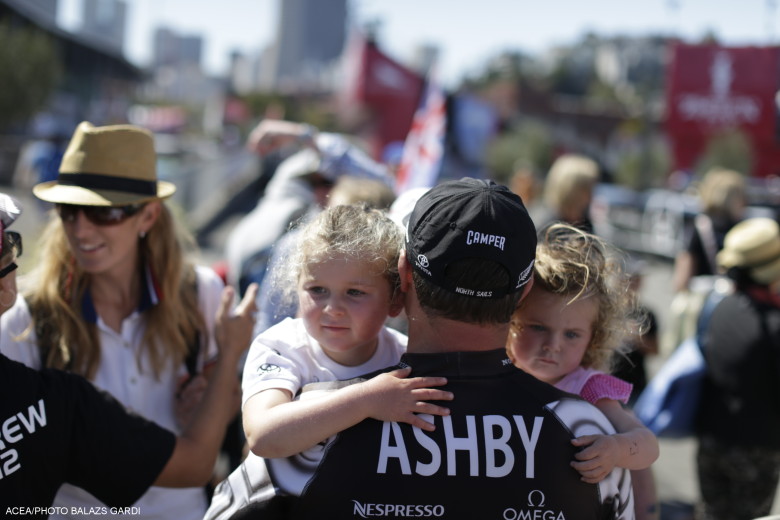 Whatever else happens in this series, so far all the revolutionary technologies involved, with aircraft wings, multihulls and hydrofoils, are working brilliantly and have rightly fascinated everybody. Win or lose, Larry Ellison has certainly made a permanent statement in general terms about the value of applying new technology that will do his Oracle software company no harm at all. Really that has been part of his goal in putting the series together to begin with.

Yet at the same time it has still in the end come down to an old-fashioned horse race between two determined protagonists with hugely muscles sailors turning winches like crazy to keep up with it all on most points of sail. 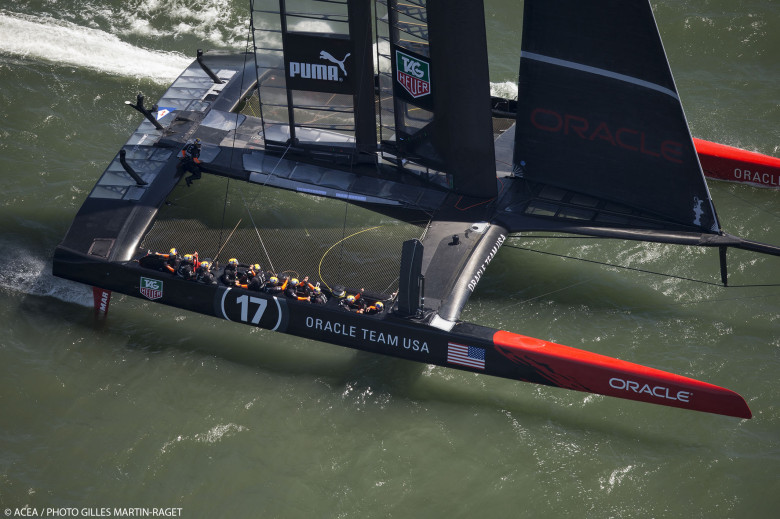 –
You can check out the daily schedule for the event at the America’s Cup official web site: www.americascup.com. Tomorrow there is a day off from racing to rest and practice a little, and when racing resumes we will continue to provide updates at this newspaper.

Read More About  This Race: