A TV pilot, following the epic story  of  the Expanse, a series of science fiction novels written by James S.A. Corey, the collaboration between Abraham and his fellow author Ty Franck is reportedly in the works. 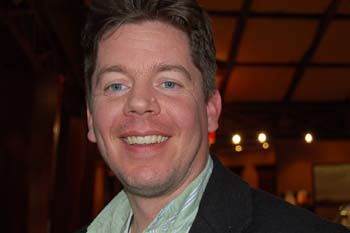 Daniel Abraham is one of America’s best-known science fiction writers, is about to see one of  his most successful works to date, a science fiction series known as the Expanse to be turned into a pilot for a proposed TV series.  Written under the pen name of James S.A. Corey, the books are  a result of collaboration between Abraham and another popular writer, Ty Franck.

Leading screenwriters Mark Fergus and Hawk Ostby who were behind the success of the Iron Man and Children of Men science fiction movies have reportedly been called into script a one hour pilot based upon The Expanse, the series of novels written by Abraham and Franck, consisting of Leviathan Wakes, Caliban’s War, Abandon’s Gate and Cibola Burn.

All the books have met with considerable commercial and critical  success with the first in the series Leviathan Wakes being nominated for the 2012 Hugo Award for Best Novel and the 2012 Locus Award for Best Science Fiction Novel. The second, Cali ban’s War, released June 2012, and the third novel, Abandon’s Gate, released the following year met with considerable success.

The fourth but not the last in the series, Cibola Burn was released just a few days ago, at the beginning of September 2013

In addition to the four novels sees, a short story entitled The Butcher of Anderson Station: A Story of The Expanse was released as an eBook in October 2011 and a short story, Gods of Risk, was released by the collaboration as an eBook on September 2012. While both of these stories set in the distant future, where mankind has succeeded in colonizing the solar system has to face a series of challenges from the great unknown described as being “The Expanse.”

According to the publishers, Orbit Books, three more novels are planned, as well as four more novellas. 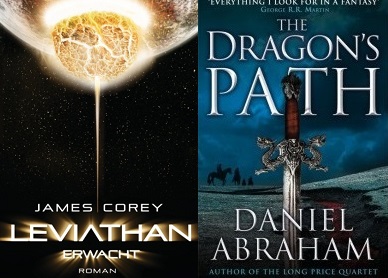 According to the co-authors , their pen name James S.A. Corey was developed by taking Abraham’s and Franck’s middle names respectively, with S.A. being the initials of Abraham’s daughter.

Daniel Abraham has often described the author’s concept of The Expanse as being part of a space opera, made up entirely of familiar characters and places and situations, but with a unique flair.

According to reports, the small screen version of the Expanse will initially be an hour long pilot Sci-Fi drama centering on the cover-up of the discovery of alien life in the Expanse.

Daniel James Abraham is a well known American science fiction and fantasy author, whose short stories have appeared in a number of publications. His novelette Flat Diane, written under his own name, was nominated for the Nebula Award, while another two of his short stories, the Cambist and Lord Iron: a Fairytale of Economics were both nominated for the Hugo Award in 2008. Abraham is well known for his penchant for writing collaboration, often with another New Mexico author, as well as writing under the pseudonym M.L.N. Hanover.

James S. A. Corey as well as working on for the novels in the series are also currently working together on the next Star Wars novel entitled Empire and Rebellion: Honor Among Thieves, which is to be release