Brazil’s Ministry of Fisheries and Aquaculture has agreed to work in close cooperation with Israeli company  initially in the state of Parana, to develop fish farms that are likely to change the face of fish breeding in the region. 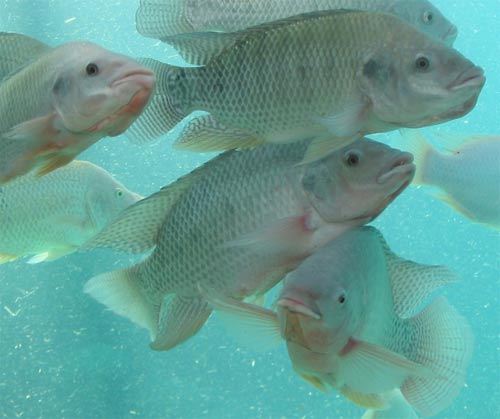 The region Norte Pioneiro, in the state of Paraná, located in the South of the massive country of Brazil, bordered to the north by São Paulo state and to the east by the Atlantic Ocean, has been chosen by the Ministry of Fisheries and Aquaculture (MPA) as the ideal region to develop an initiative, in conjunction with Mitrelli Israel that, if all goes according to plan, is liable to revolutionize the fish breeding industry in the area, which the Brazilian Government intend to base around the Tilapia.

Tilapia are mainly freshwater fish, that traditionally inhabit shallow streams, ponds, rivers and lakes, and have become, over the last few years, increasingly important in the aquaculture and Aquaponics industries.

Mitrelli Israel’s representative in Brazil, Eliezer Levin, has been active in the last few months, putting together the details of the proposed fish farming project, which is now at scheduled to be launched in five dams located along the region’s Paranapanema River, running between the states of Parana and Sao Paulo. The local branch of the Brazilian Ministry of Fisheries and Aquaculture based in the Paraná had been made aware of Mitrelli’s success in aquaculture and were confident that Israeli technology was who to call on to see them make a successful breakthrough into the industry.

Mitrelli will be working in close cooperation with the Brazilian MPA, operating an entire turnkey service, starting farming to rearing the fish until filleting stages as well as providing hands-on guidance on how to market the final products, both locally as well for the international market.

Accordingly the MPA as well as the state legislature of Paraná will be hoping the success of the joint aquaculture initiative will act as a model for similar initiatives throughout Brazil.

Brazil’s Agriculture Secretary, Norberto Ortigara expressed his office’s interest in the project and will be following its progress in order to assess to what extent the ministry will be able to encourage and subsidize a similar project in the event that the projection figures supplied by Mitrelli and backed up by the authorities at Paraná prove to be accurate.

“Fish is an important source of income for farmers’ families. We want to develop new actions to further increase our production and transform fish into cheap protein for consumption.” Mr. Ortigara

According to Eliezer Levin, one of the principal characteristics of the technology that will be used by the Israeli group in the project will enable the breeders to substantially improve feed conversion rates that will in turn increase productivity levels. This method alleviates the need to introduce hormones into the Tilapia’s diet, a breeding method which is banned by the Israeli Ministry of Agriculture.

To do away with the need for introducing hormones, and instead while to develop the Tilapia naturally, Mitrelli have invested considerable research in the development of special feeding methods for fish production systems, carried out in large-scale projects of a similar nature.