Sinofsky continues to rebuild his career after being one of the leading lights at Microsoft, even being reckoned to be Steve Ballmer’s natural  successor. 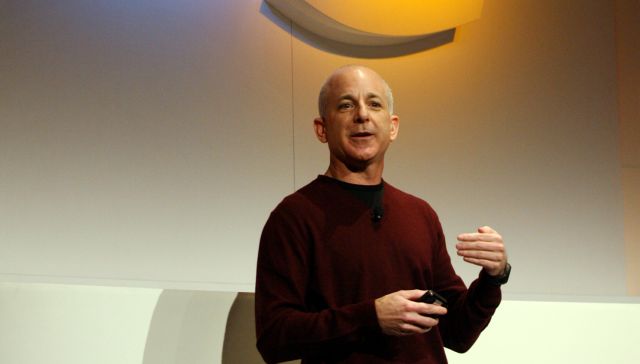 Steven Sinofsky has once again proved that there’s life after Microsoft. Apart from recently joining one of the high-tech industry’s favorite venture capital companies Andreessen Horowitz as a partner, Sinofsky was recently appointed as a director at Local Motion, a transport advisory firm that provides all of the necessary for businesses to reduce waste and right-size their fleets of cars. Local Motion were recent recipients of $6 million in Series A financing from Andreessen Horowitz.
Now it looks like Sinofsky has found some extra time in his schedule to help his friend Aaron Levie,   CEO of Box to help the company advance their platform strategies.

Box, founded by Levie in 2005, is a file-sharing network, which allows its users to both save and store all manner of information uploaded by its clients to their website.

According to industry information Box, currently are culturally involved in providing cloud storage facilities have been looking for a long time to offer their clients access to document editing tools as well as their cloud file system. By taking advantage of Sinofsky’s industry unrivaled knowledge of developing document editing software, would allow Box to compete with the big players, principally with Microsoft office as well as Google.

Aaron Levie emphasized his enthusiasm about the prospects of his company’s cooperation with Sinofsky by stating that Steven has a stronger and more fluid vision for the future of computing than almost anyone he has ever met. “In his 20 years at Microsoft, Steven managed some of the company’s most important products and services: Windows, Office, SharePoint, and SkyDrive, among other groups. He’s seen firsthand where the market has been, and more importantly, he understands where the industry is going.”Levie summed up

Sinofsky created a bit of a stir November 2012 that he was leaving Microsoft, the company he joined in July 1989, as a software design engineer.

During his more than 13 years at the industry software giants, Steven Sinofsky held down a number of roles, reaching management level in 1994, when the Office Product Unit was formed, joining the team as the director of program management, going on to play his part in developing the technologies used in all Office programs from Office 95 to Office 2007.

While Sinofsky’s departure from Microsoft was publicized as being a mutual decision, there was much industry speculation that the real reason for his unexpected departure was a result of friction between himself and Steve Ballmer. Stephen Sinofsky was always regarded by those in the know about the inner workings at Microsoft he would be the future leader of the company when CEO Ballmer eventually stood down. Something that happened a lot sooner than most people thought it would.

According to an SEC filing released not long after his departure from Microsoft, Sinofsky was given an estimated $14 million of stock in exchange for signing a one year non-compete contract.

A few months after leaving Microsoft, Sinofsky joined Harvard Business School teaching product development, while providing insights to those in the industry through his avid blogging activities. Despite joining Andreessen Horowitz, Sinofsky announced that he will remain at Harvard for the time being.

Steven Sinofsky was born in 1965 in New York City, moving with his parents to Orlando, Florida, when he was ten years old. Sinofsky graduated with a bachelor’s degree in Arts and Sciences from Cornell University in 1987, going on to earn his masters degree in computer science from the University of Massachusetts Amherst two years later. During his study years, Sinofsky also found the time to learn Russian.

While in graduate school, Sinofsky captured the imagination of the Microsoft personnel team by sending his resume written on the side of a Microsoft Word box.