Nazarian, CEO of entertainment giant SBE Group has joined NFL Hall of Famers, John Elway, and Ronnie Lott, in taking the San Francisco based startup to the next stage . 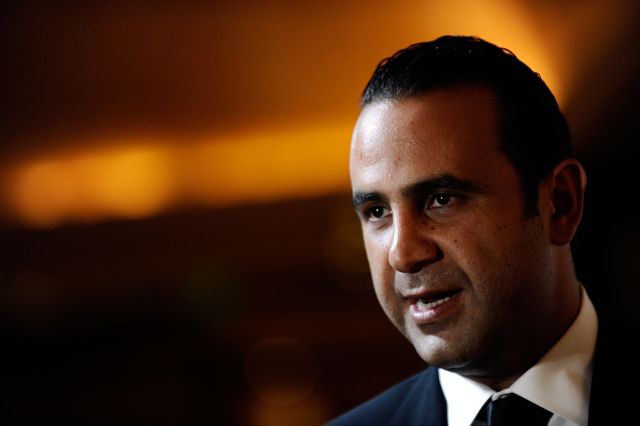 San Francisco long been recognized as the home of the startup, most of them coming in the field of communication technology. Yet this time it looks like Sam Nazarian, investment savvy founder and chief executive of the SBE Group, as well as former football heroes Ronnie Lott and John Elway have discovered something entirely different to out their capital in.

A product that has been described as having the potential to save hundreds of thousands of lives across the world every year.

The product, developed by Dr. Eduardo Dolhun, is an advanced oral rehydration solution (ORS) that contains around three times the number of the electrolytes in around half the calories of the average sports drink.

The Drip Drop ORS formula has been described as rapid yet totally safe methods to restore and maintain a proper electrolyte and fluid balance that will prevent cases of dehydration that can be caused by sweating from heat, exercise or a variety of other causes.

In a normal healthy individual, dehydration in most cases causes in a normal scenario tiredness, although in extreme cases dehydration can cause headaches and diarrhea up to be even life-threatening.

In clinical terms, oral rehydration is known to fund more effective than any form of intravenous therapy for a number of reasons. First of all it is readily accessible, can have almost instant effects, prevents dehydration sufferers the discomfort of having needles inserted into the skin and is also considerably less expensive.

Yet despite these pluses, the use of oral rehydration has failed to reach its maximum potential simply because of one major factor. The materials that go to make up a typical oral rehydration drink is best described as “not too tempting to the pallet.” That’s the reason why at least in the U.S.; the feeding of intravenous fluids into the body is the principal treatment that doctors use when the patient has suffered from any form of dehydration.

On the other hand in the developing nations of the world, millions of children suffer from dehydration, usually caused by infectious diarrhea, doctors rely on oral rehydration therapy, simply because it is less expensive and easier to administer in large quantities, with little regard for how good or bad it tastes.

Dr. Eduardo Dolhun, the person behind Drip Drop first became aware of the advantages of oral rehydration therapy whilst studying to be a doctor in the early 1990s. During his studies, he volunteered to go to work in Guatemala, where he witnessed the wholesale administration of oral rehydration therapy to treat thousands of dehydrated patients during a particularly powerful outbreak of cholera.

After qualifying as a doctor, Dolhun spent a lot of his spare time working on different formulas that would make oral rehydration therapy a more tangible method of treatment simply by making it more pleasant to taste, whilst maintaining its treatment capabilities.

Driving him forward was the knowledge that the cost of treating dehydration cases in the United States alone can come to more than $6 billion annually. That staggeringly high figure not only includes the direct expense of administering intravenous treatments but also a host of ancillary costs that would be avoided if sufferers of dehydration could be treated through oral rehydration therapy.

In 2008 Dr. Dolhun established Drip Drop Inc. Two years later he had settled on the development of his final formula, had commenced manufacturing. During the same year, Drip Drop Inc hired Anne Kallin Zehren to take care of all aspects of marketing, both in conventional medicines, as well as in the sports market.

According to Ms. Zehren, while Drip Drop  is in no way an energy inducing potion, it would be a good idea for every person taking part in any sport or indeed any form of rigorous exercise to carry a sachet of Drip Drop, which is available in powder form, in their sporting kit to be rapidly imbibed in case of dehydration.

Drip Drop is already available in powder form for around $2.50 per dose.

Sam Nazarian is well known for his innate ability to spot an opportunity and he and his fellow backers, by raising the $3 million to take Drip Drop to the next stage in improving oral rehydration therapy, a mission which the world renowned and respected medical journal Lancet has recently described as “potentially the most important medical advancement” of the 21st century.

Sam Nazarian was raised in Los Angeles, to a family who left Iran after the revolution in 1979. . Sam’s father Younes first came to the attention of the business world as co-founder of Qualcomm, designers and producers of semiconductor equipment.  Since then he has invested in a number of successful business ventures.

Nazarian formed his first business  in 1998 when he was just 20 years old. In 2007  he made his entry into the hotel business by acquiring acquired the Sahara Hotel & Casino in Las Vegas as well as investing in a number of other hotel chains, without his company taking any part in their management.

Anne Kallin Zehren was CEO of the eCommerce site Kaboodle, before that, Zehren was President and COO of Common Sense Media, a non-profit dedicated to helping parents, teachers, and kids find the best age-appropriate media.