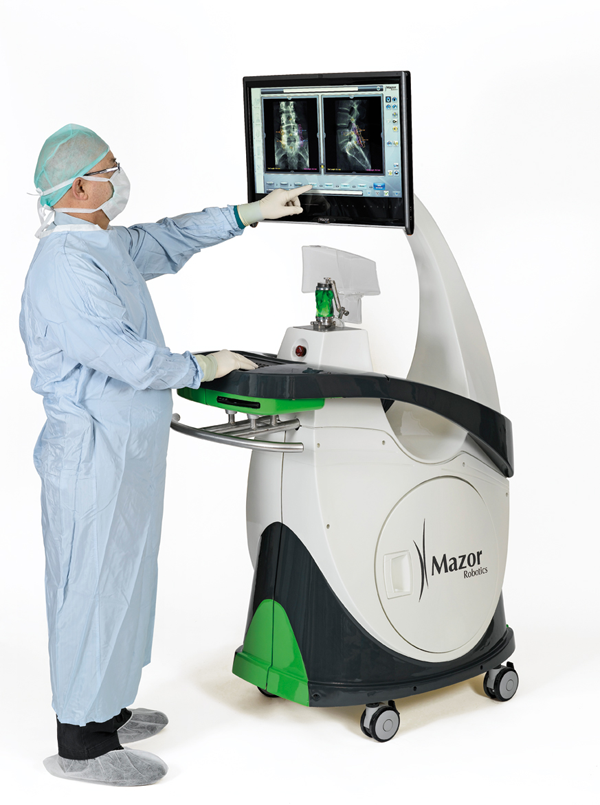 DBS is a procedure to surgically implant a small battery-operated medical device called a neurostimulator to deliver electrical stimulation to targeted areas in the brain that control movement. This blocks the abnormal nerve signals that cause the debilitating neurological symptoms of Parkinson’s disease and Essential tremor, such as trembling and slowed movement.

Utilizing Renaissance’s proprietary pre-operative planning software, surgeons can determine the optimal trajectory for implanting the electrodes beforehand and use the guidance unit to execute the implantation with precision. In Dr. Razack’s cases, Alpha Omega’s microdrive, NeuroDrive™, was used in conjunction with Renaissance to carefully position the electrode in the right area of the brain.

Some 30, 000 people with Parkinson’s have undergone DBS according to the Parkinson’s Disease Foundation, and Progress in Brain Research states that there are 8, 000 to 10, 000 new cases each year worldwide.

“Renaissance increases guidance accuracy during the procedure and adds element of safety for patients undergoing this major operation, ” said Dr. Razack. “The technology also allows for less time in the operating room”.

Renaissance has also been utilized successfully in 36 brain biopsy procedures in Germany. This could be a major application for Mazor Robotics technology as there are 180, 000 new diagnoses of brain tumors each year, according to US News and World Report.

Mazor Robotics plans a wider commercial launch for the brain application in early 2014, and to showcase the application at the American Association of Neurological Surgeons (AANS) meeting in April 2014.

Renaissance is currently being used in spine procedures

In this article:Parkinson, Finance, Surgery