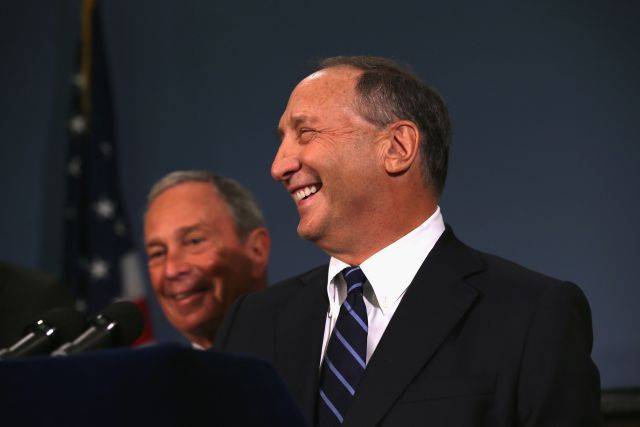 The Nassau Veterans Memorial Coliseum to give it its full title, though it is normally known as either the Nassau Coliseum or simply the Coliseum has gradually deteriorated over the last few years from a leading sports multi-purpose indoor arena into something of a white elephant.

Now the Coliseum situated in the Uniondale district of New York, around twenty miles east of New York City on Long Island and currently home to the New York Islanders who play in the National Hockey League, will be handed an almost complete renovation. The renovation will be undertaken by Nassau Events Center, LLC, and an affiliate of development giant Forest City owned by Ratner.

The Nassau Events Center was awarded the $229 million renovation contract and face of strong competition particularly from New York City’s famous Madison Square Garden Company management company. In order for the project now to go ahead all that is required is that the lease be approved by the GOP-controlled legislature, were scheduled to begin discussing the contract deal at a committee meeting specially convened for September the 9th.

Under the terms of Ratner’s proposal, the Nassau Coliseum will be given 13, 000- state of the art sitting arena, making for a decrease from 18, 000, with seating configurations that can go as low as 4, 000 seats.

With the extra space made available, the Coliseum will now house a total of seven restaurants as well as a bowling alley, an ice-skating rink, a movie theater, outdoor amphitheater and the space for a number of retail units.

Featured in a prominent place, close to the entrance, will be a million-dollar monument in memory of Nassau War Veterans. 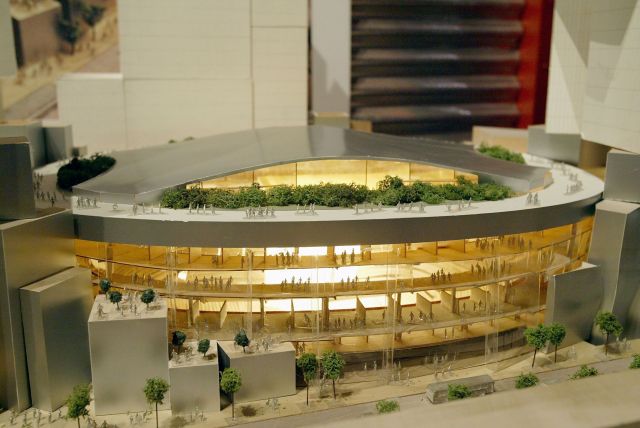 Ratner’s plans are to develop exclusively on the site of Coliseum plaza which covers a total of 12 acres. The remaining 65 acres of the Hub property will initially be prepared for surface parking. For the future, Nassau County intends to seek state further funding in order to build parking garages on the site, in order to free up land for other development.

According to the terms of the leasing arrangement, Bruce Ratner’s company will be required to pay Nassau County eight percent of all revenue generated by the sporting arena annually, as well as 12.75 percent of revenue from parking. The Nassau Events Center has ostensibly guaranteed Nassau County a minimum of $4.4 million of income for the first year after renovation has been completed, with that guarantee figure rising by increments of ten percent every five years. Under the terms of this agreement Forest City Enterprises’ Nassau Events Center has undertaken to compensate Nassau County by a minimum of $195 million over the 34-year period of the lease irrespective of their income

According to overall estimates Nassau County will be looking more to income of more than $500 million in rent and sales taxes over the course of the lease, which is due to last 34 years. Ratner’s company also enjoys first refusal on three extensions to the lease, each of them spaced five years apart.

In their statement after the announcement of the deal being finally signed, a spokesperson for Nassau County expressed his confidence that the Ratner group would transform the arena and its plaza “into an attractive, first-class destination for family fun, sports and entertainment.” What was an especially attractive to Nassau County apparently was the public-private partnership where the county gets to earn a considerable part of the center’s revenue yet not be involved in any of the expense of its renovation.

Bruce Ratner, the Executive Vice President of Forest City also expressed his enthusiasm about the new venture, stating that his company is trained and ready to get to work to deliver a world-class coliseum and a thriving sports, entertainment and retail center that Long Island deserves. “Our partnership group is focused and prepared to bring the best to Nassau and to fulfill the County’s goals of vital job growth and significant economic activity.” Ratner summed up.

One gray area surrounding the renovation project is around the New York Islanders ice hockey team, who have played professional hockey in the Nassau Coliseum since it first opened in 1972. Possibly as a result of the stadium falling into disrepair and no decision for the future being forthcoming, the New York Islanders recently announced their plans to move to Barclays Center in Brooklyn in 2015. Hopefully they will now reverse their decision

In addition to whatever sports events will be held there, Bruce Ratner, who is also a partner in the Roc Nation LLC entertainment company with rap music superstar Jay Z’s will be bringing some major acts to the stadium, possibly including Rihanna and Shakira, as part of a plan to bring more than 50 concerts a year to the coliseum every year. This would be part of a program put together by Nassau Events Center that would see more than 200 calendar dates filled with a variety of events, taking in 38 minor-league hockey games, 54 family shows as well as 83 major outdoor events taking part in the arena’s massive car park.

Bruce Ratner was born and raised in the Cleveland, Ohio metropolitan area. Ratner graduated from Harvard College in 1967, and earned a Juris Doctor from Columbia University in 1970.

After graduating from law school, spent some time working with Ed Koch, Mayor of the City of New York as his consumer affairs commissioner.

After spending a few successful years in the public sector, in 1985 Ratner turned his hand to real estate development, founding Forest City. His company has gone on to become one of the largest in New York City , particularly well known for being behind the development of MetroTech, the $1 billion complex of nine buildings in downtown Brooklyn.

Ratner was also the outright owner of the New York Nets basketball team, and responsible for the relocation for the team to New York City, moving them to purpose built arena in the Prospect Heights neighborhood of Brooklyn. Late in 2009, Ratner sold an 80% stake in the team to Russian tycoon Mikhail Prokhorov.