Tavor have recently introduced their Knee-T-Nol implant for the treatment of a torn anterior cruciate ligament (ACL) in the knee joint, which they promise will dramatically reduce not only the pain barrier but also the recovery time for anyone who suffers sport’s most feared injury. 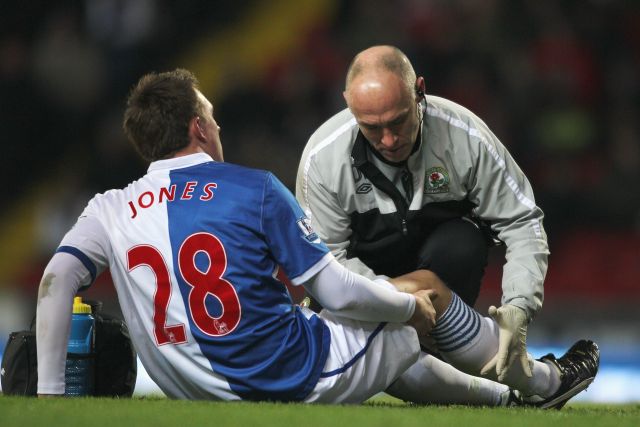 Backed by some of Israel’s leading sporting figures, the Knee-T-Nol from Tavor is giving every indication that it could turn out to be the most practical form of treatment for torn ligaments to become available. Anyone knows anything about the world the sport will tell you that a torn anterior cruciate ligament (ACL) will inevitably mean at least one season on the sidelines, and in a number of cases, talented young sports people have been forced to retire from the game that they love as a result of such an injury.

The Knee T-Nol treatment is a form of implant to the damaged knee, with initial results giving strong indications that the treatment is not only effective but is capable of knocking months of restoration time general regarding as being requisite after any form of traditional knee ligament tear surgery.

The methodology used with the Knee T-Nol treatment device, are based around a set of stents, composed from Nitinol, a metal and titanium alloy. During surgery for torn knee ligaments the stents are implanted laparoscopically by way of three small incisions. After the incisions have been made, the stents, in the form of malleable metallic tubing, are inserted and literally anchor the knee to its upper and lower bones. By doing so they both strengthen and stabilize the knee joint, providing it with ligament-like freedom of movement, without the need for extensive recovery processes required for the ligament to repair.

According to Idan Tobis, CEO of Tavor, who is responsible for developing the Knee T-Nol treatment device, the Nitinol strands are capable of rapidly imitating the actions of a natural tendon and are often more springlike. Tobis reports that in many cases, torn ligaments sufferers have been capable of getting up and walking within hours of their surgery, and have been known to return to the playing within a month, although three months is a more likely projection.

So far the Knee T-Nol treatment device has been implanted in 14 patients in Israel with encouraging results.  Idan Tobis even reports that in one case scans taken of the patient’s knee during the recovery process has shown that the damaged ligament is actually growing on the implant.

For the time being, the Knee T-Nol implant has been granted the CE Mark of approval for all of Europe, although the specific surgery required to implant the Nitinol stents can only be carried out in Turkey at clinics that treat foreign patients only. Hopes are that permission will be granted to carry out implant treatments in Western Europe as well as the United States, with this form of injury is remarkably common.

The management team at Tavor however is realistic in their projections that it could take a number of years due to the stringent Food and Drug Administration requirements. The conditions required in the United States alone would require an initial investment of around $10 million, sufficient to finance a 200-patient clinical trial as well as three years of successful operating room procedures.